Context. The mergers of neutron stars (NSs) and white dwarfs (WDs) could give rise to explosive transients, potentially observable with current and future transient surveys. However, the expected properties and distribution of such events is not well understood.
Aims: Here we characterise the rates of such events, their delay-time distributions, their progenitors, and the distribution of their properties.
Methods: We use binary population synthesis models and consider a wide range of initial conditions and physical processes. In particular we consider different common-envelope evolution models and different NS natal kick distributions. We provide detailed predictions arising from each of the models considered.
Results: We find that the majority of NS-WD mergers are born in systems in which mass-transfer played an important role, and the WD formed before the NS. For the majority of the mergers the WDs have a carbon-oxygen composition (60-80%) and most of the rest are with oxygen-neon WDs. The time-integrated rates of NS-WD mergers are in the range of 3-15% of the type Ia supernovae (SNe) rate. Their delay-time distribution is very similar to that of type Ia SNe, but is slightly biased towards earlier times. They typically explode in young 100 Myr < τ < 1 Gyr environments, but have a tail distribution extending to long, gigayear-timescales. Models including significant kicks give rise to relatively wide offset distribution extending to hundreds of kiloparsecs.
Conclusions: The demographic and physical properties of NS-WD mergers suggest they are likely to be peculiar type Ic-like SNe, mostly exploding in late-type galaxies. Their overall properties could be related to a class of recently observed rapidly evolving SNe, while they are less likely to be related to the class of Ca-rich SNe. 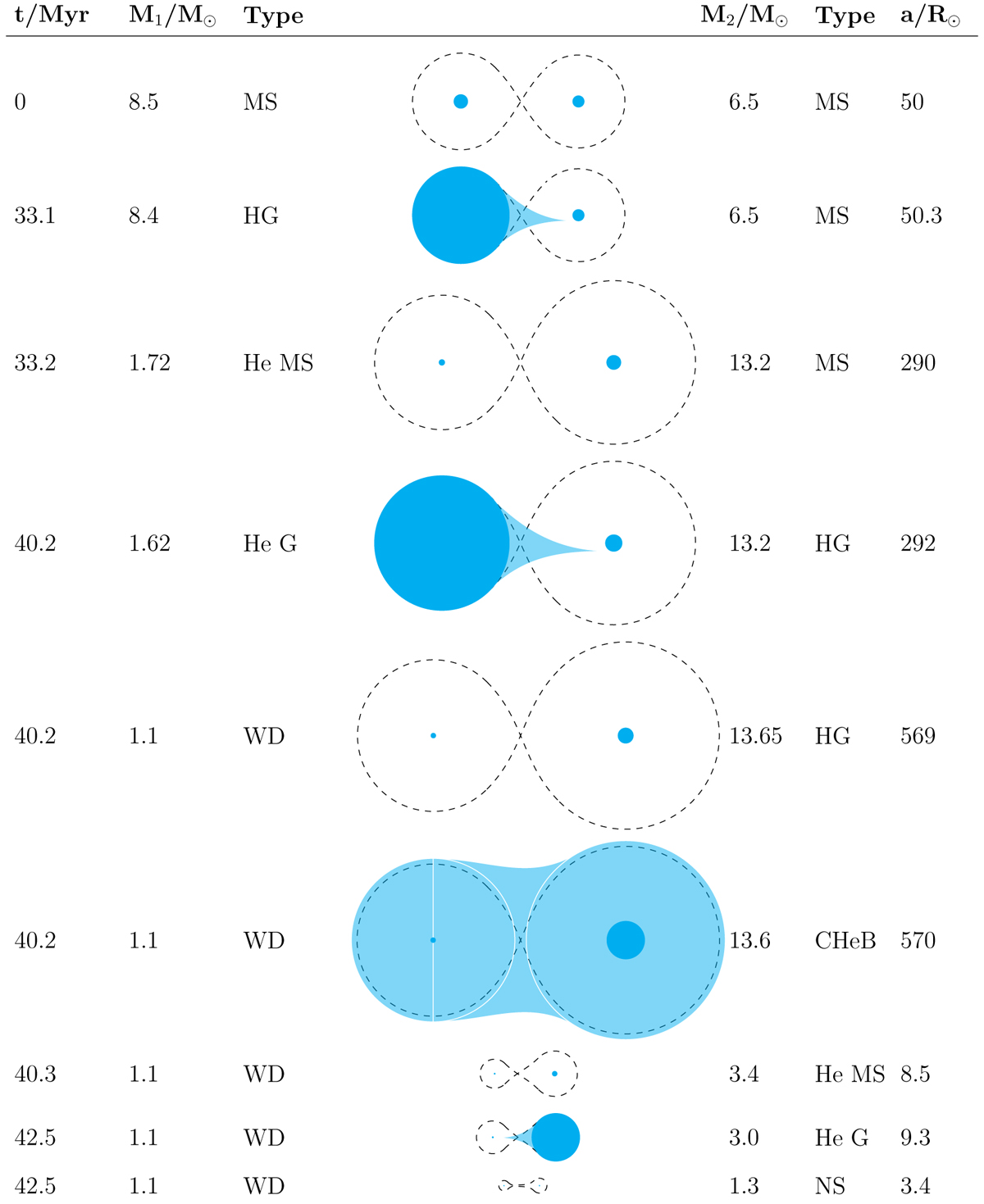