Improving Hickson-like compact group finders in redshift surveys: an implementation in the SDSS


Aims: In this work we present an algorithm to identify compact groups (CGs) that closely follows Hickson's original aim and that improves the completeness of the samples of compact groups obtained from redshift surveys.
Methods: Instead of identifying CGs in projection first and then checking a velocity concordance criterion, we identify them directly in redshift space using Hickson-like criteria. The methodology was tested on a mock lightcone of galaxies built from the outputs of a recent semi-analytic model of galaxy formation run on top of the Millennium Simulation I after scaling to represent the first-year Planck cosmology.
Results: The new algorithm identifies nearly twice as many CGs, no longer missing CGs that failed the isolation criterion because of velocity outliers lying in the isolation annulus. The new CG sample picks up lower surface brightness groups, which are both looser and with fainter brightest galaxies, missed by the classic method. A new catalogue of compact groups from the Sloan Digital Sky Survey is the natural corollary of this study. The publicly available sample comprises 462 observational groups with four or more galaxy members, of which 406 clearly fulfil all the compact group requirements: compactness, isolation, and velocity concordance of all of their members. The remaining 56 groups need further redshift information of potentially contaminating sources. This constitutes the largest sample of groups that strictly satisfy all the Hickson's criteria in a survey with available spectroscopic information. 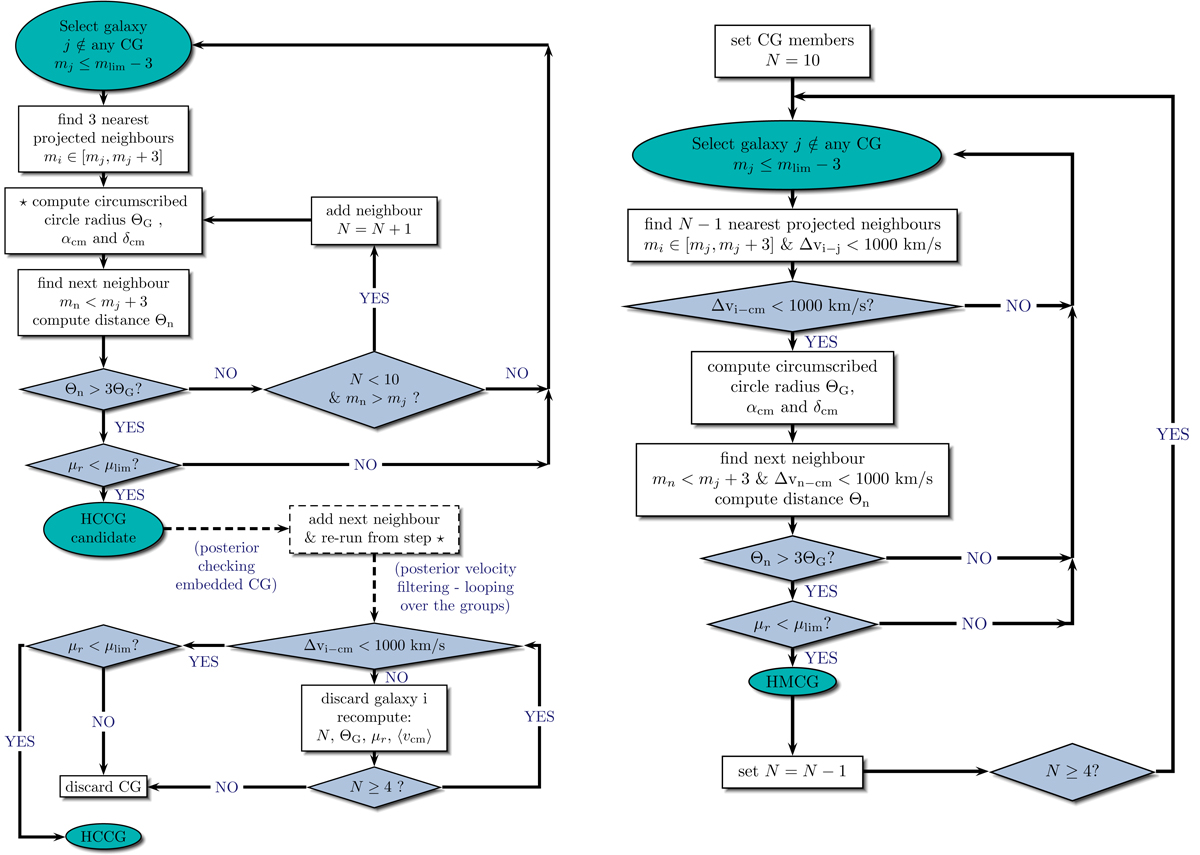