Context. It is well known that the polarity of the Sun's magnetic field reverses or flips around the maximum of each 11 year solar cycle. This is commonly known as polar field reversal and plays a key role in deciding the polar field strength at the end of a cycle, which is crucial for the prediction of the upcoming cycle.
Aims: We aim to investigate solar polar fields during cycle 24, using measurements of solar magnetic fields in the latitude range 55°-90° and 78°-90°, to report a prolonged and unusual hemispheric asymmetry in the polar field reversal pattern in solar cycle 24.
Methods: This study was carried out using medium resolution line-of-sight synoptic magnetograms from the magnetic database of the National Solar Observatory at Kitt Peak (NSO/KP), USA for the period between February 1975 and October 2017, covering solar cycles 21-24 and high-resolution line-of-sight synoptic magnetograms from the Michaelson Doppler Imager instrument onboard the Solar Heliospheric Observatory. Synoptic magnetograms using radial measurements from the Heliospheric Magnetic Imager instrument onboard the Solar Dynamics Observatory, covering solar cycle 23 and 24, were also used.
Results: We show that the southern solar hemisphere unambiguously reversed polarity in mid-2013 while the reversal in the field in the northern solar hemisphere started as early as June 2012, was followed by a sustained period of near-zero field strength lasting until the end of 2014, after which the field began to show a clear rise from its near-zero value. While this study compliments a similar study carried out using microwave brightness measurements which claimed that the field reversal process in cycle 24 was completed by the end of 2015, our results show that the field reversal in cycle 24 was completed earlier that is, in late 2014. Signatures of this unusual field reversal pattern were also clearly identifiable in the solar wind, using our observations of interplanetary scintillation at 327 MHz which supported our magnetic field observations and confirmed that the field reversal process was completed at the end of 2014. 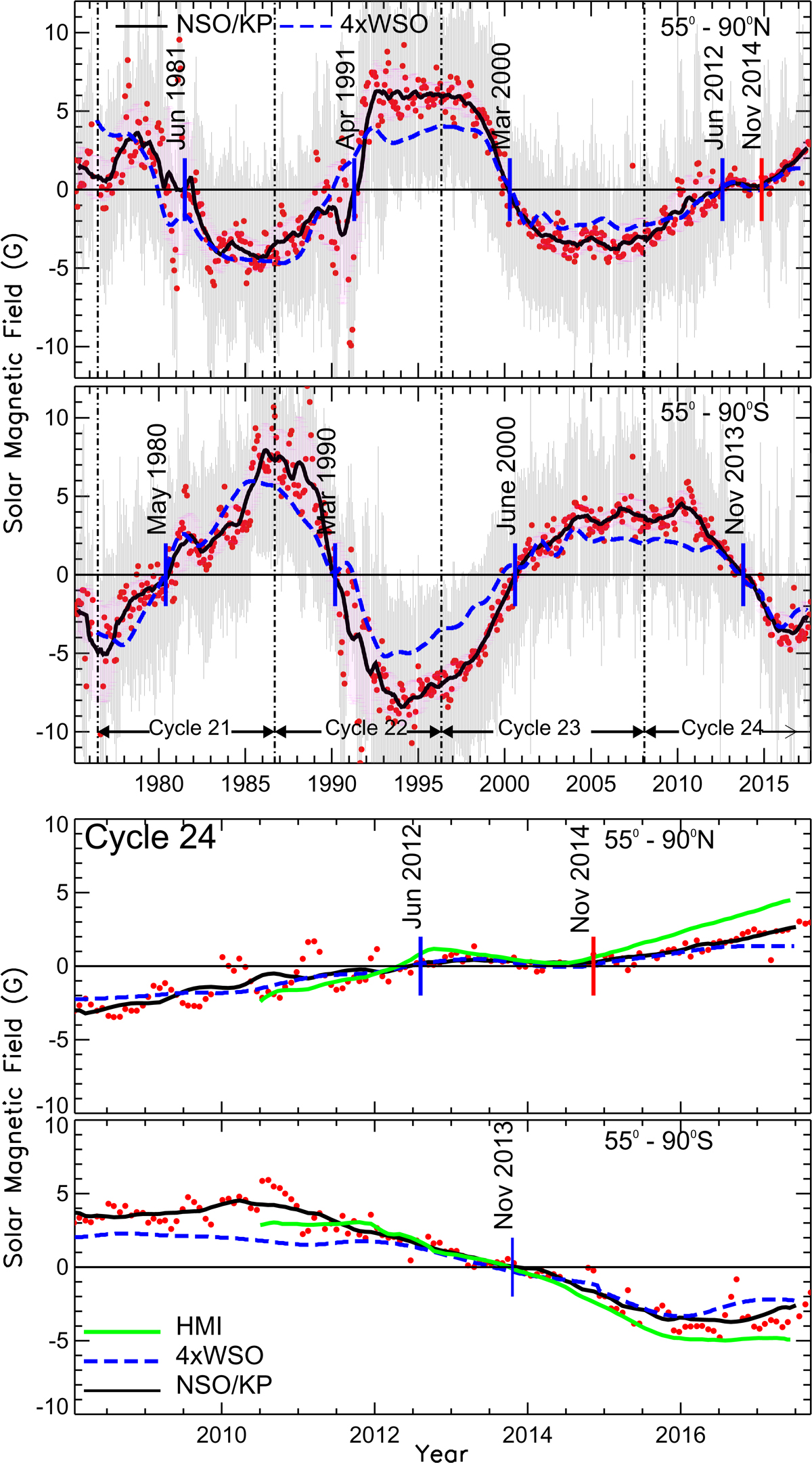