Radial velocity follow-up of GJ1132 with HARPS. A precise mass for planet b and the discovery of a second planet

The source GJ1132 is a nearby red dwarf known to host a transiting Earth-size planet. After its initial detection, we pursued an intense follow-up with the HARPS velocimeter. We now confirm the detection of GJ1132b with radial velocities alone. We refined its orbital parameters, and in particular, its mass (mb = 1.66 ± 0.23 M⊕), density (ρb = 6.3 ± 1.3 g cm-3), and eccentricity (eb < 0.22; 95%). We also detected at least one more planet in the system. GJ1132c is a super-Earth with period Pc = 8.93 ± 0.01 days and minimum mass mc sinic = 2.64 ± 0.44 M⊕. Receiving about 1.9 times more flux than Earth in our solar system, its equilibrium temperature is that of a temperate planet (Teq = 230-300 K for albedos A = 0.75 - 0.00), which places GJ1132c near the inner edge of the so-called habitable zone. Despite an a priori favorable orientation for the system, Spitzer observations reject most transit configurations, leaving a posterior probability <1% that GJ1132c transits. GJ1132(d) is a third signal with period Pd = 177 ± 5 days attributed to either a planet candidate with minimum mass md sin id = 8.4-2.5+1.7 M⊕ or stellar activity. Its Doppler signal is the most powerful in our HARPS time series but appears on a timescale where either the stellar rotation or a magnetic cycle are viable alternatives to the planet hypothesis. On the one hand, the period is different than that measured for the stellar rotation (~125 days), and a Bayesian statistical analysis we performed with a Markov chain Monte Carlo and Gaussian processes demonstrates that the signal is better described by a Keplerian function than by correlated noise. On the other hand, periodograms of spectral indices sensitive to stellar activity show power excess at similar periods to that of this third signal, and radial velocity shifts induced by stellar activity can also match a Keplerian function. We, therefore, prefer to leave the status of GJ1132(d) undecided. 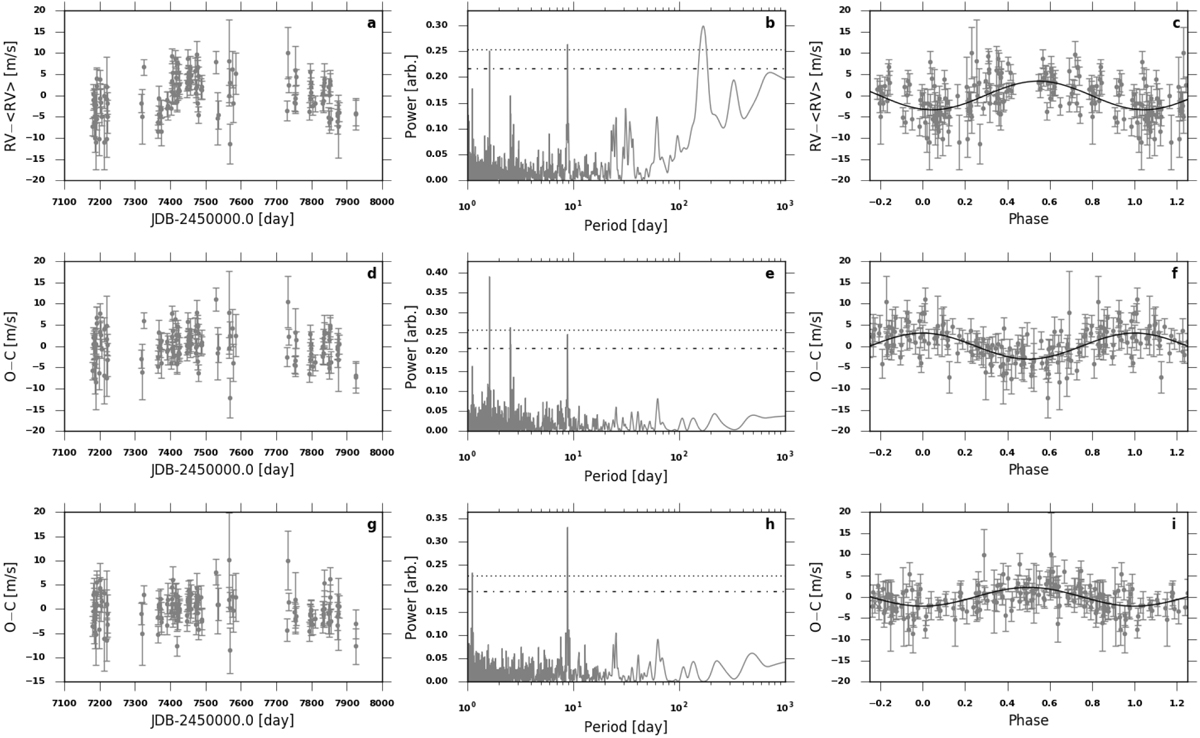