The Rosetta spacecraft of the European Space Agency made ground-breaking observations of comet 67P/Churyumov-Gerasimenko and of its cometary environment. We search for magnetic holes in that environment, i.e., significant depressions in the magnetic field strength, measured by the Rosetta fluxgate Magnetometer (MAG) in April and May 2015. In that time frame of two months, we identified 23 magnetic holes. The cometary activity was intermediate and increasing because Rosetta was on the inbound leg toward the Sun. While in April solar wind protons were still observed by Rosetta near the comet, in May these protons were already mostly replaced by heavy cometary ions. Magnetic holes have frequently been observed in the solar wind. We find, for the first time, that magnetic holes exist in the cometary environment even when solar wind protons are almost absent. Some of the properties of the magnetic holes are comparable to those of solar wind holes; they are associated with density enhancements, sometimes associated with co-located current sheets and fast solar wind streams, and are of similar scales. However, particularly in May, the magnetic holes near the comet appear to be more processed, featuring shifted density enhancements and, sometimes, bipolar signatures in magnetic field strength rather than simple depressions. The magnetic holes are of global size with respect to the coma. However, at the comet, they are compressed owing to magnetic field pile-up and draping so that they change in shape. There, the magnetic holes become of comparable size to heavy cometary ion gyroradii, potentially enabling kinetic interactions. 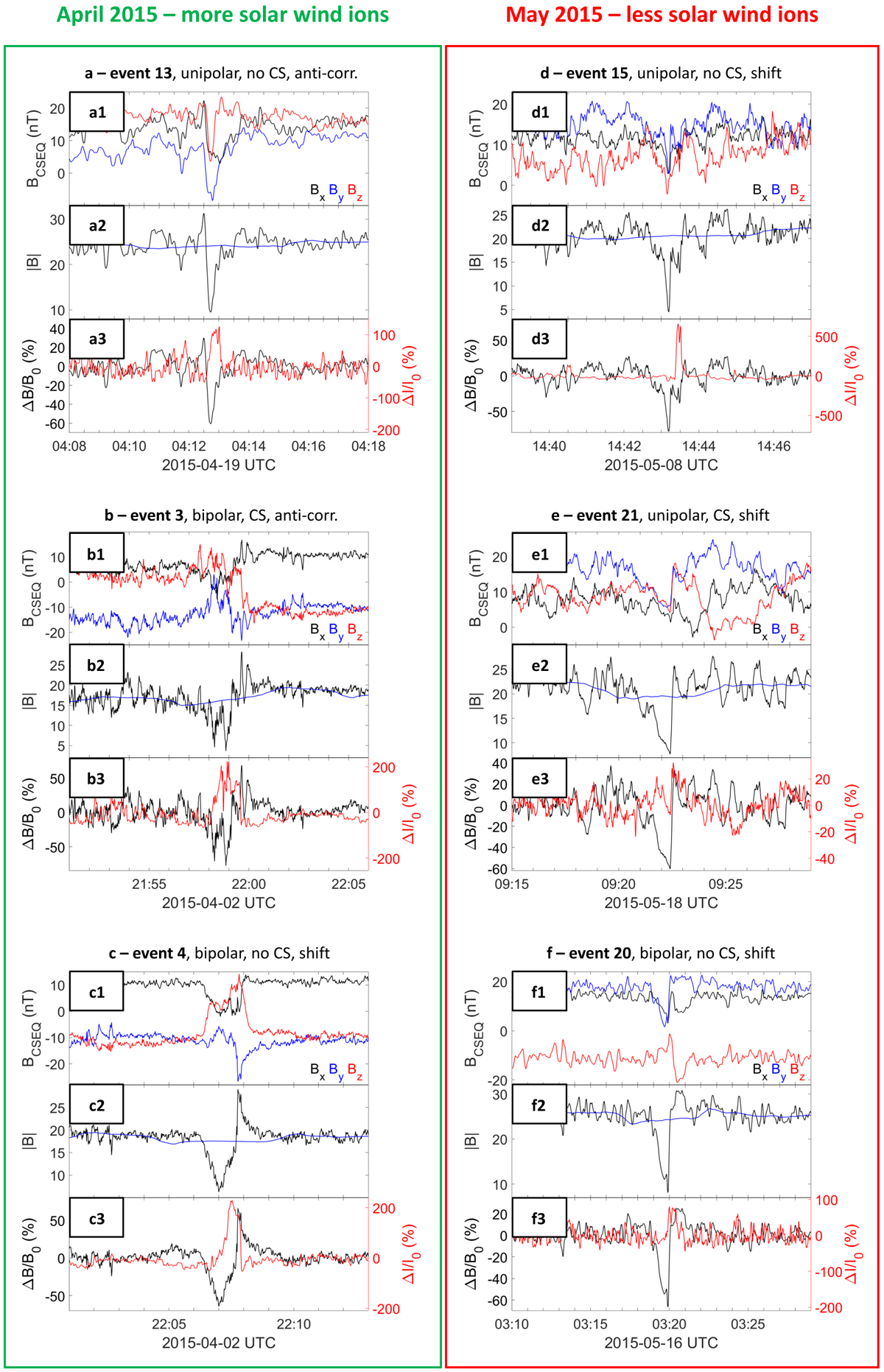