SPHERE view of Wolf-Rayet 104. Direct detection of the Pinwheel and the link with the nearby star

Context. WR104 is an emblematic dusty Wolf-Rayet star and the prototypical member of a sub-group hosting spirals that are mainly observable with high-angular resolution techniques. Previous aperture masking observations showed that WR104 is likely to be an interacting binary star at the end of its life. However, several aspects of the system are still unknown. This includes the opening angle of the spiral, the dust formation locus, and the link between the central binary star and a candidate companion star detected with the Hubble Space Telescope (HST) at 1''.
Aims: Our aim was to directly image the dusty spiral or "pinwheel" structure around WR104 for the first time and determine its physical properties at large spatial scales. We also wanted to address the characteristics of the candidate companion detected by the HST.
Methods: For this purpose, we used SPHERE and VISIR at the Very Large Telescope to image the system in the near- and mid-infrared, respectively. Both instruments furnished an excellent view of the system at the highest angular resolution a single, ground-based telescope can provide. Based on these direct images, we then used analytical and radiative transfer models to determine several physical properties of the system.
Results: Employing a different technique than previously used, our new images have allowed us to confirm the presence of the dust pinwheel around the central star. We have also detected up to five revolutions of the spiral pattern of WR104 in the K band for the first time. The circumstellar dust extends up to 2 arcsec from the central binary star in the N band, corresponding to the past 20 yr of mass loss. Moreover, we found no clear evidence of a shadow of the first spiral coil onto the subsequent ones, which likely points to a dusty environment less massive than inferred in previous studies. We have also confirmed that the stellar candidate companion previously detected by the HST is gravitationally bound to WR104 and herein provide information about its nature and orbital elements.

Based on observations collected at the European Organisation for Astronomical Research in the Southern Hemisphere under ESO programme IDs 097.D-0662 and 60.A-9639(A) 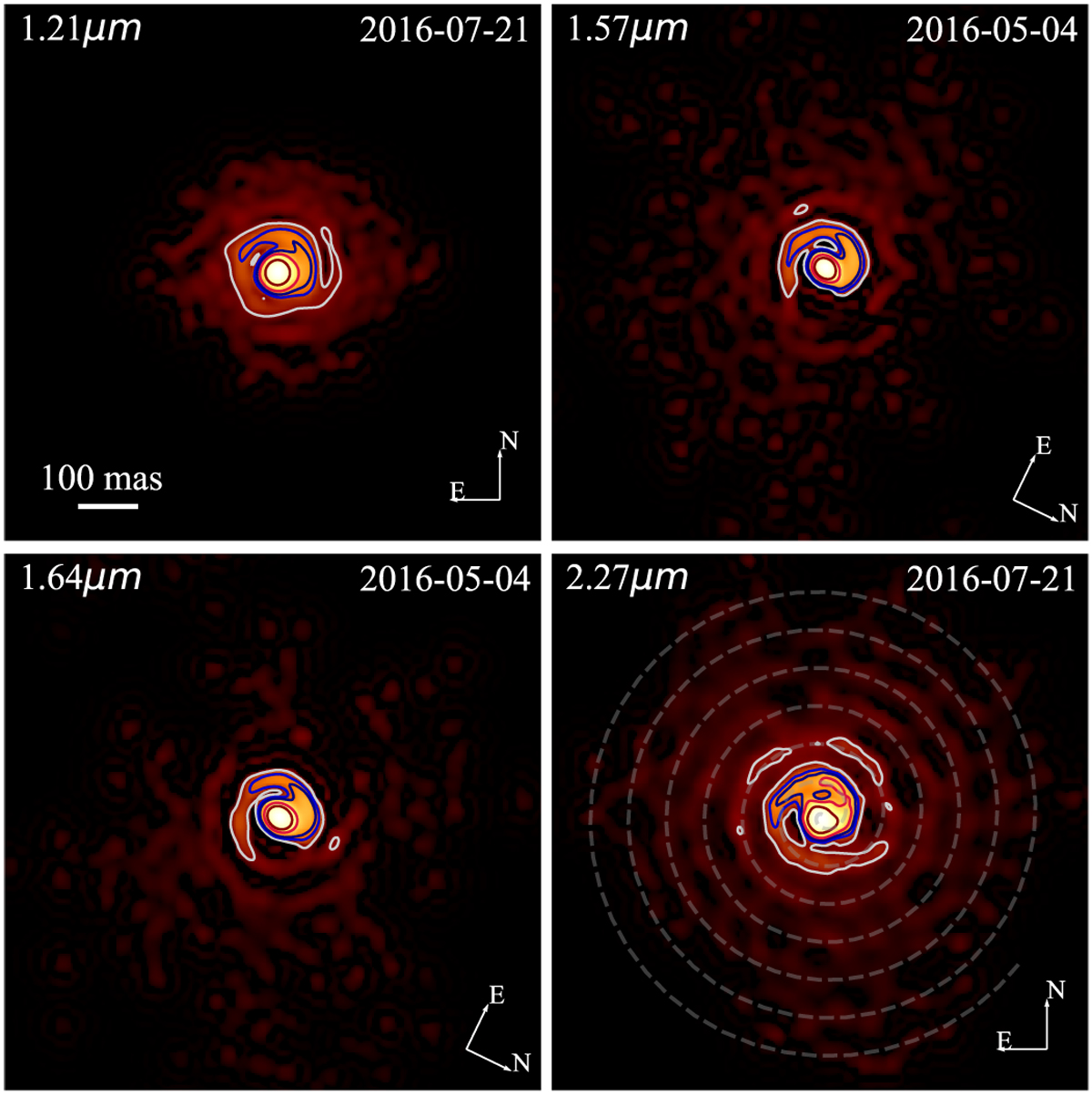