Solar wind dynamics around a comet. The paradigmatic inverse-square-law model


Aims: Observations of solar protons near comet 67P/Churyumov-Gerasimenko (67P) by the Rosetta spacecraft can be modelled by the planar motion in an effective magnetic field proportional to 1/r2. We aim to provide a thorough study of such dynamics, with a clear description of the behaviour of an incoming flux of particles. We will be able, then, to calibrate the free parameters of the model to Rosetta observations.
Methods: Basic tools of dynamical analysis are used. They lead to a definition of the relevant parameters for the system and a classification of the possible types of trajectories. Using the so-obtained formalism, the structures formed by a flux of particles coming from infinity can be studied.
Results: All the trajectories are parametrised by two characteristic radii, rE and rC, derived from first integrals. There are three different types of motion possible divided by a separatrix corresponding to rE = rC. An analytical expression of the trajectories, defined by an integral, is developed. Using this formalism, the application to a flux of particles coming from infinity (modelling the incident solar wind) gives one free parameter only, the radius rE, which scales the problem. A circular cavity of radius 0.28 rE is created, as well as an overdensity curve (analogous to a caustic in optics). At each observation time, rE can be calibrated to Rosetta plasma measurements, giving a qualitative understanding of the solar particle dynamics (incoming direction, cavity and density map). We also deduce that, in order to properly capture the essence of the dynamics, numerical simulations of the solar wind around a comet must use simulation boxes much larger than rE and grids much finer than rE. 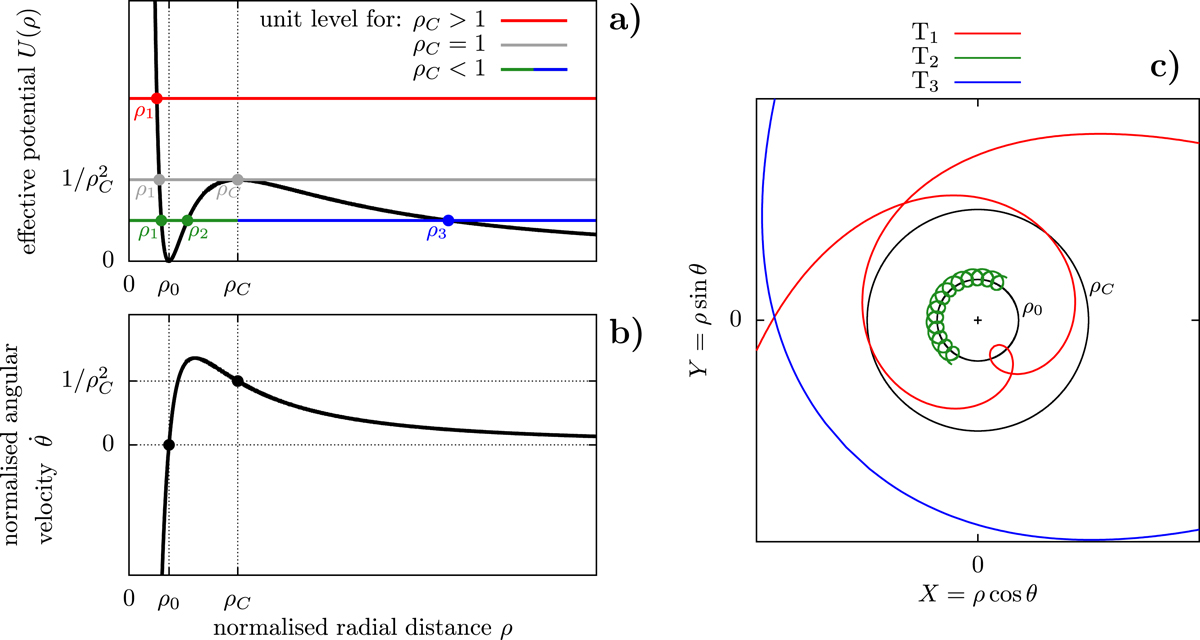