Aims: Various galaxy classification schemes have been developed so far to constrain the main physical processes regulating evolution of different galaxy types. In the era of a deluge of astrophysical information and recent progress in machine learning, a new approach to galaxy classification has become imperative.
Methods: In this paper, we employ a Fisher Expectation-Maximization (FEM) unsupervised algorithm working in a parameter space of 12 rest-frame magnitudes and spectroscopic redshift. The model (DBk) and the number of classes (12) were established based on the joint analysis of standard statistical criteria and confirmed by the analysis of the galaxy distribution with respect to a number of classes and their properties. This new approach allows us to classify galaxies based on only their redshifts and ultraviolet to near-infrared (UV-NIR) spectral energy distributions.
Results: The FEM unsupervised algorithm has automatically distinguished 12 classes: 11 classes of VIPERS galaxies and an additional class of broad-line active galactic nuclei (AGNs). After a first broad division into blue, green, and red categories, we obtained a further sub-division into: three red, three green, and five blue galaxy classes. The FEM classes follow the galaxy sequence from the earliest to the latest types, which is reflected in their colours (which are constructed from rest-frame magnitudes used in the classification procedure) but also their morphological, physical, and spectroscopic properties (not included in the classification scheme). We demonstrate that the members of each class share similar physical and spectral properties. In particular, we are able to find three different classes of red passive galaxy populations. Thus, we demonstrate the potential of an unsupervised approach to galaxy classification and we retrieve the complexity of galaxy populations at z ∼ 0.7, a task that usual, simpler, colour-based approaches cannot fulfil. 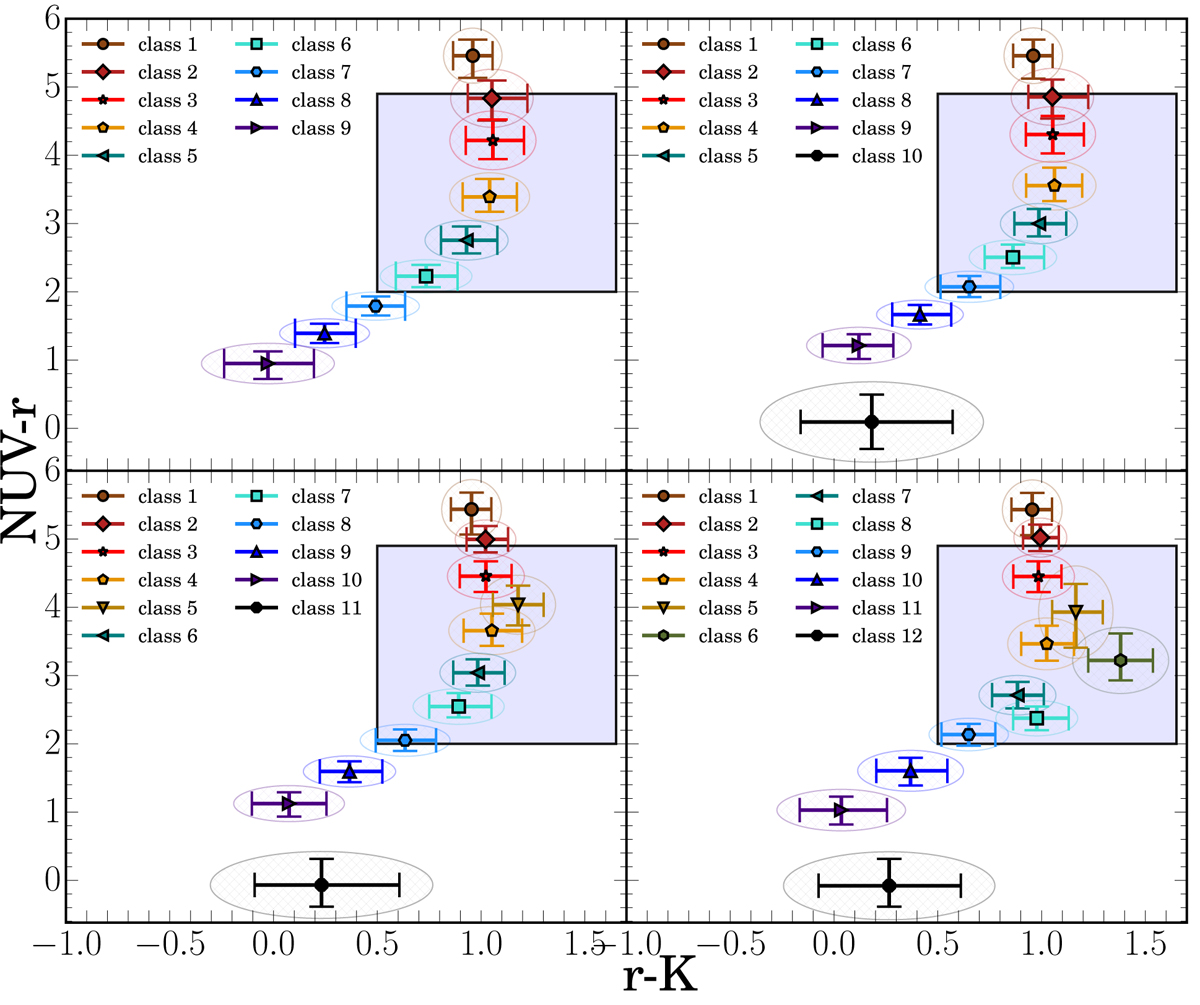