Aims: We study the evolution of an arch filament system (AFS) and of its individual arch filaments to learn about the processes occurring in them.
Methods: We observed the AFS at the GREGOR solar telescope on Tenerife at high cadence with the very fast spectroscopic mode of the GREGOR Infrared Spectrograph (GRIS) in the He I 10 830 Å spectral range. The He I triplet profiles were fitted with analytic functions to infer line-of-sight (LOS) velocities to follow plasma motions within the AFS.
Results: We tracked the temporal evolution of an individual arch filament over its entire lifetime, as seen in the He I 10 830 Å triplet. The arch filament expanded in height and extended in length from 13″ to 21″. The lifetime of this arch filament is about 30 min. About 11 min after the arch filament is seen in He I, the loop top starts to rise with an average Doppler velocity of 6 km s-1. Only two minutes later, plasma drains down with supersonic velocities towards the footpoints reaching a peak velocity of up to 40 km s-1 in the chromosphere. The temporal evolution of He I 10 830 Å profiles near the leading pore showed almost ubiquitous dual red components of the He I triplet, indicating strong downflows, along with material nearly at rest within the same resolution element during the whole observing time.
Conclusions: We followed the arch filament as it carried plasma during its rise from the photosphere to the corona. The material then drained toward the photosphere, reaching supersonic velocities, along the legs of the arch filament. Our observational results support theoretical AFS models and aids in improving future models.

The movie associated to Fig. 3 is available at http://https://www.aanda.org/ 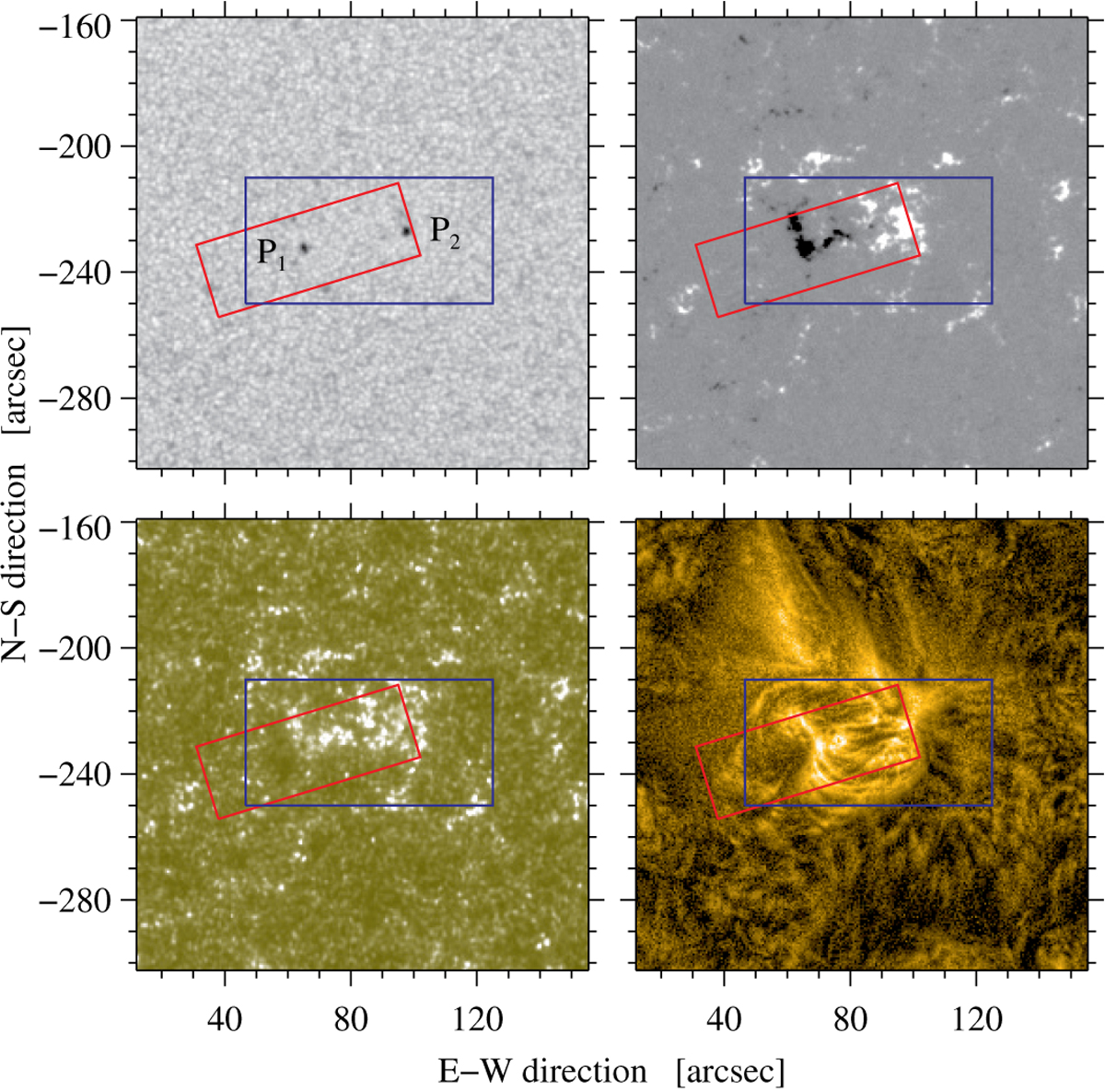