Aims: The Radial Velocity Spectrometer (RVS) on board the ESA satellite mission Gaia has no calibration device. Therefore, the radial velocity zero point needs to be calibrated with stars that are proved to be stable at a level of 300 m s-1 during the Gaia observations.
Methods: We compiled a dataset of ~71 000 radial velocity measurements from five high-resolution spectrographs. A catalogue of 4813 stars was built by combining these individual measurements. The zero point was established using asteroids.
Results: The resulting catalogue has seven observations per star on average on a typical time baseline of 6 yr, with a median standard deviation of 15 m s-1. A subset of the most stable stars fulfilling the RVS requirements was used to establish the radial velocity zero point provided in Gaia Data Release 2. The stars that were not used for calibration are used to validate the RVS data.

Based on observations made at Observatoire de Haute Provence (CNRS), France, at the Telescope Bernard Lyot (USR5026) operated by the Observatoire Midi-Pyrénées, Université de Toulouse (Paul Sabatier) and CNRS, France, at the Euler telescope operated by Observatoire de Genève at La Silla, Chile, and on public data obtained from the ESO Science Archive Facility. Tables of individual measurements and mean velocities are only available at the CDS via anonymous ftp to http://cdsarc.u-strasbg.fr (http://130.79.128.5) or via http://cdsarc.u-strasbg.fr/viz-bin/qcat?J/A+A/616/A7 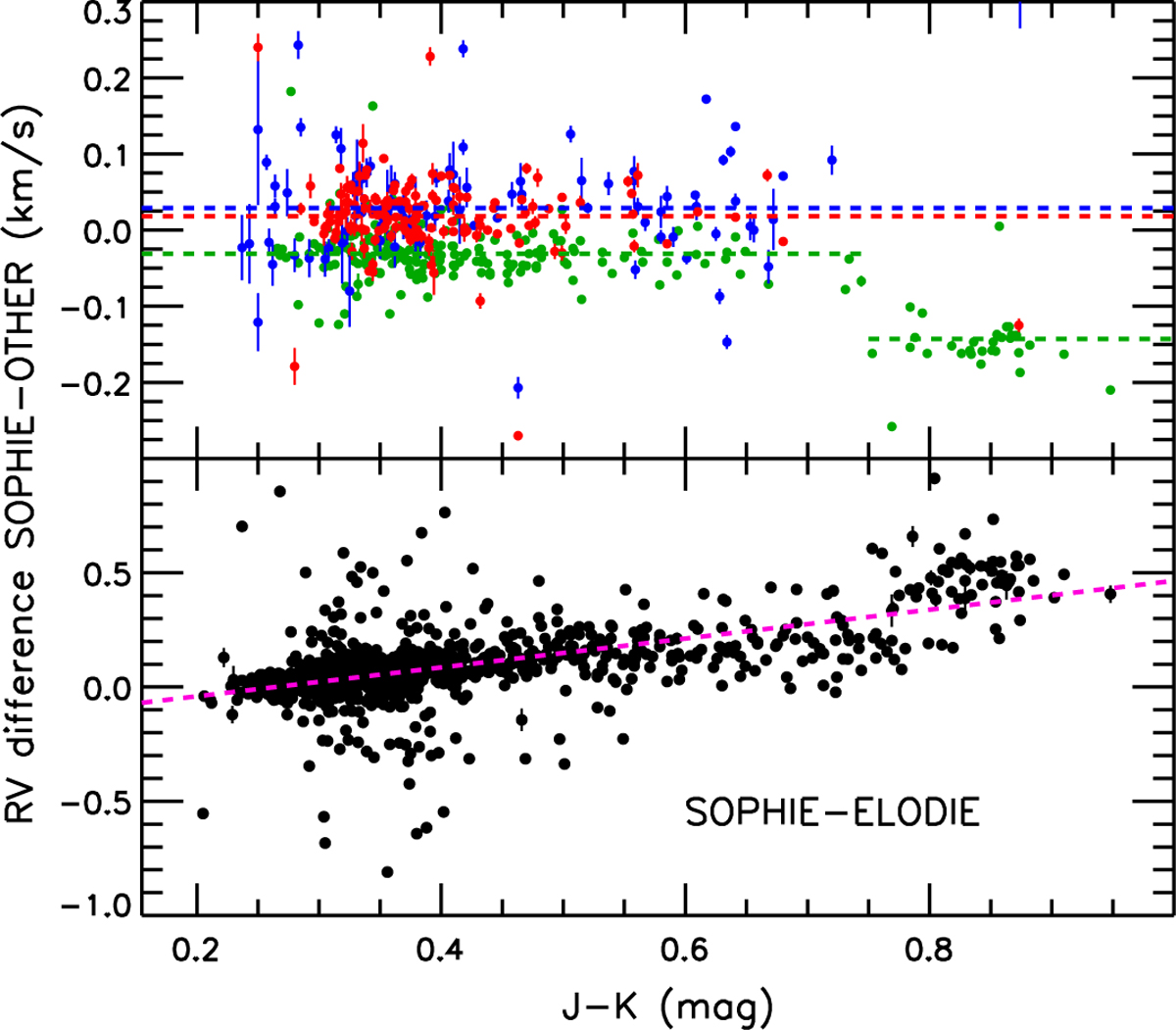