Context. Type II radio bursts are evidence of shocks in the solar atmosphere and inner heliosphere that emit radio waves ranging from sub-meter to kilometer lengths. These shocks may be associated with coronal mass ejections (CMEs) and reach speeds higher than the local magnetosonic speed. Radio imaging of decameter wavelengths (20-90 MHz) is now possible with the Low Frequency Array (LOFAR), opening a new radio window in which to study coronal shocks that leave the inner solar corona and enter the interplanetary medium and to understand their association with CMEs.
Aims: To this end, we study a coronal shock associated with a CME and type II radio burst to determine the locations at which the radio emission is generated, and we investigate the origin of the band-splitting phenomenon.
Methods: Thetype II shock source-positions and spectra were obtained using 91 simultaneous tied-array beams of LOFAR, and the CME was observed by the Large Angle and Spectrometric Coronagraph (LASCO) on board the Solar and Heliospheric Observatory (SOHO) and by the COR2A coronagraph of the SECCHI instruments on board the Solar Terrestrial Relation Observatory(STEREO). The 3D structure was inferred using triangulation of the coronographic observations. Coronal magnetic fields were obtained from a 3D magnetohydrodynamics (MHD) polytropic model using the photospheric fields measured by the Heliospheric Imager (HMI) on board the Solar Dynamic Observatory (SDO) as lower boundary.
Results: The type II radio source of the coronal shock observed between 50 and 70 MHz was found to be located at the expanding flank of the CME, where the shock geometry is quasi-perpendicular with θBn 70°. The type II radio burst showed first and second harmonic emission; the second harmonic source was cospatial with the first harmonic source to within the observational uncertainty. This suggests that radio wave propagation does not alter the apparent location of the harmonic source. The sources of the two split bands were also found to be cospatial within the observational uncertainty, in agreement with the interpretation that split bands are simultaneous radio emission from upstream and downstream of the shock front. The fast magnetosonic Mach number derived from this interpretation was found to lie in the range 1.3-1.5. The fast magnetosonic Mach numbers derived from modelling the CME and the coronal magnetic field around the type II source were found to lie in the range 1.4-1.6. 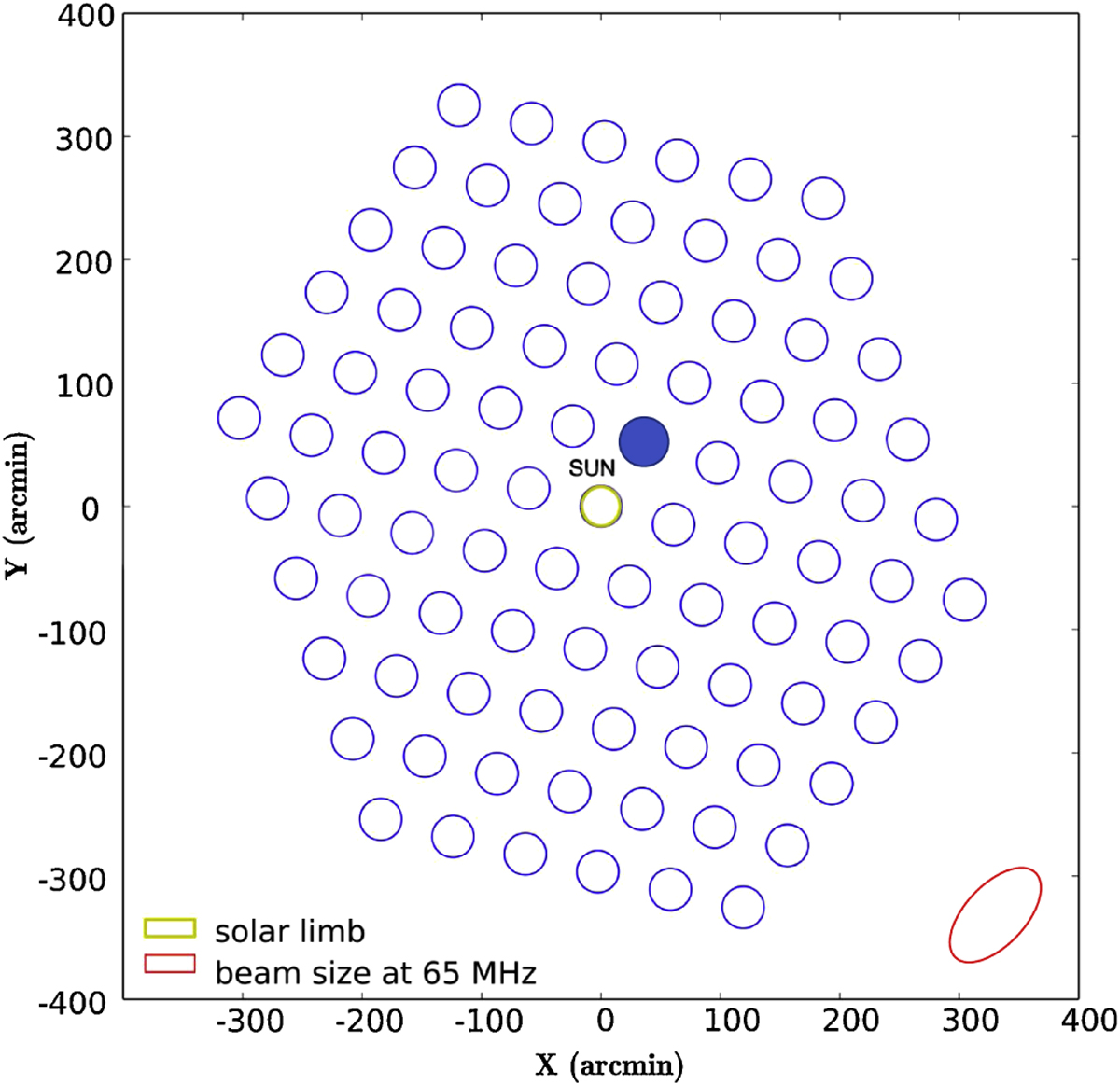