Context. Many active galactic nuclei (AGN) and particularly narrow-line Seyfert 1 (NLS1) galaxies, usually exhibit blueshifts and blue wings in several emission lines, which are mainly associated with outflows and strong winds. Although there is no clear evidence of the physical origin of the [OIII] blue wings, it has been suggested that they could be emitted from the inner parts of the narrow-line region (NLR).
Aims: In order to study the radial velocity difference between the narrow component of Hβ and the core component of [OIII]λ5007 and the asymmetric emission of this forbidden line, we investigate a sample of NLS1 galaxies. One of the aims of this paper is to analyze the blue wings of the [OIII] 5007 profiles and their relation with the central engine.
Methods: We have obtained and studied medium-resolution spectra (190 km s-1 FWHM at Hβ) of a sample of 28 NLS1 galaxies in the optical range 4300-5200 Å. We performed Gaussian decomposition to the Hβ and [OIII]λλ 4959,5007 emission profiles in order to study the distinct components of these lines.
Results: A new blue outlier galaxy is found, in which the center of the core component of [OIII] is blueshifted by 405 km s-1 relative to the center of the narrow component of Hβ line. We confirmed a previously known correlation between the blueshift and the full width half maximum (FWHM) of the core component of [OIII]λ5007 line. We also corroborated the correlation between the latter and the velocity of the centroid of the blue wing. On the other hand, by studying the radial velocity difference between the blue end of the asymmetric emission and the centroid of the core component of [OIII], we found a correlation between it and the central black hole mass and, therefore, with the luminosity of the broad component of Hβ. Finally, we found a moderate correlation between the luminosity of the [OIII] blue wing and the black hole mass.
Conclusions: These results suggest that the asymmetric emission of the [OIII] lines is related to the central engine, not only through the black hole but also in the intensity of the AGN, which is in agreement with previous results. 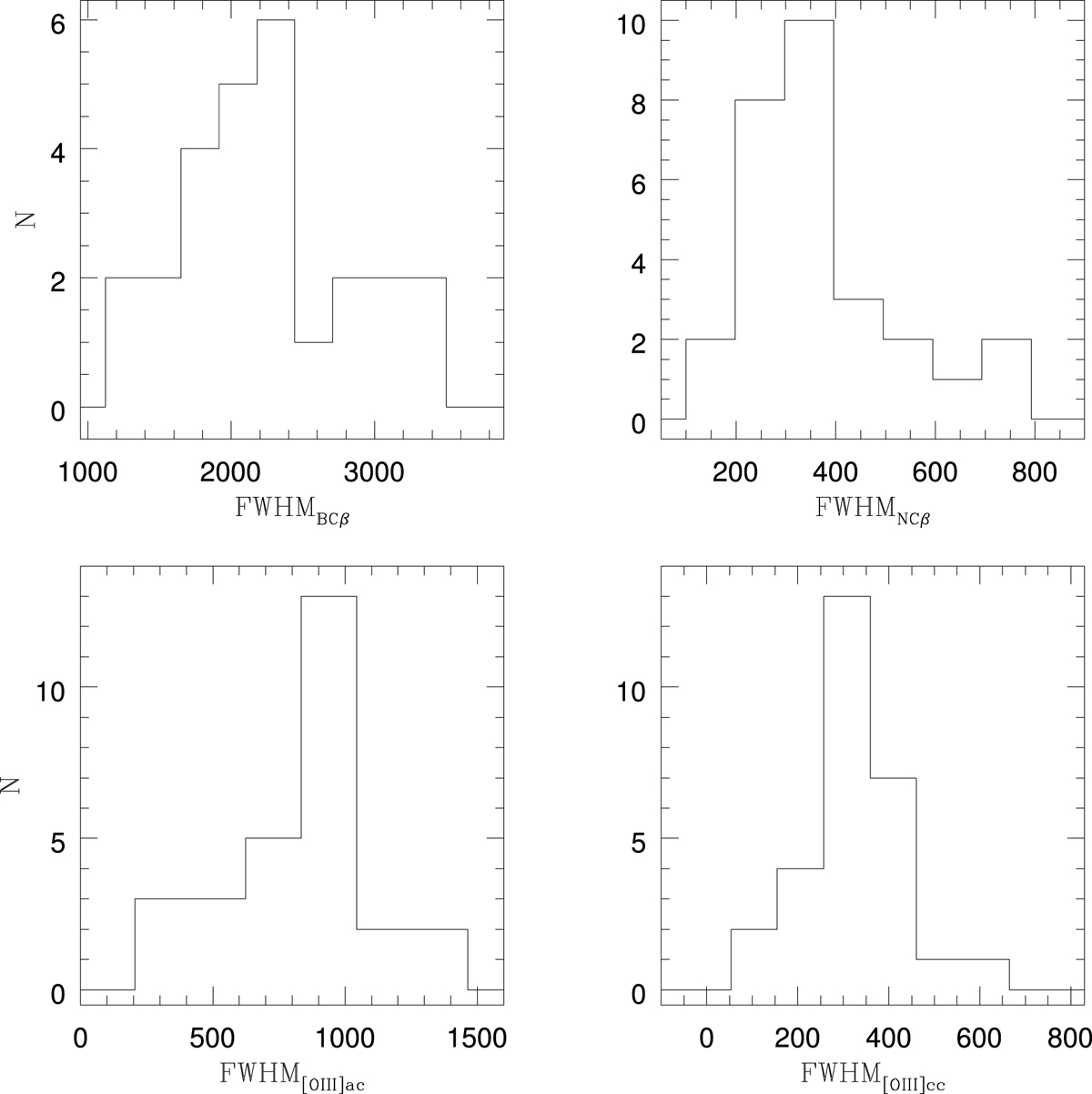