The presence or absence of a magnetic field determines the nature of how a planet interacts with the solar wind and what paths are available for atmospheric escape. Magnetospheres form both around magnetised planets, such as Earth, and unmagnetised planets, like Mars and Venus, but it has been suggested that magnetised planets are better protected against atmospheric loss. However, the observed mass escape rates from these three planets are similar (in the approximate (0.5-2) kg s-1 range), putting this latter hypothesis into question. Modelling the effects of a planetary magnetic field on the major atmospheric escape processes, we show that the escape rate can be higher for magnetised planets over a wide range of magnetisations due to escape of ions through the polar caps and cusps. Therefore, contrary to what has previously been believed, magnetisation is not a sufficient condition for protecting a planet from atmospheric loss. Estimates of the atmospheric escape rates from exoplanets must therefore address all escape processes and their dependence on the planet's magnetisation. 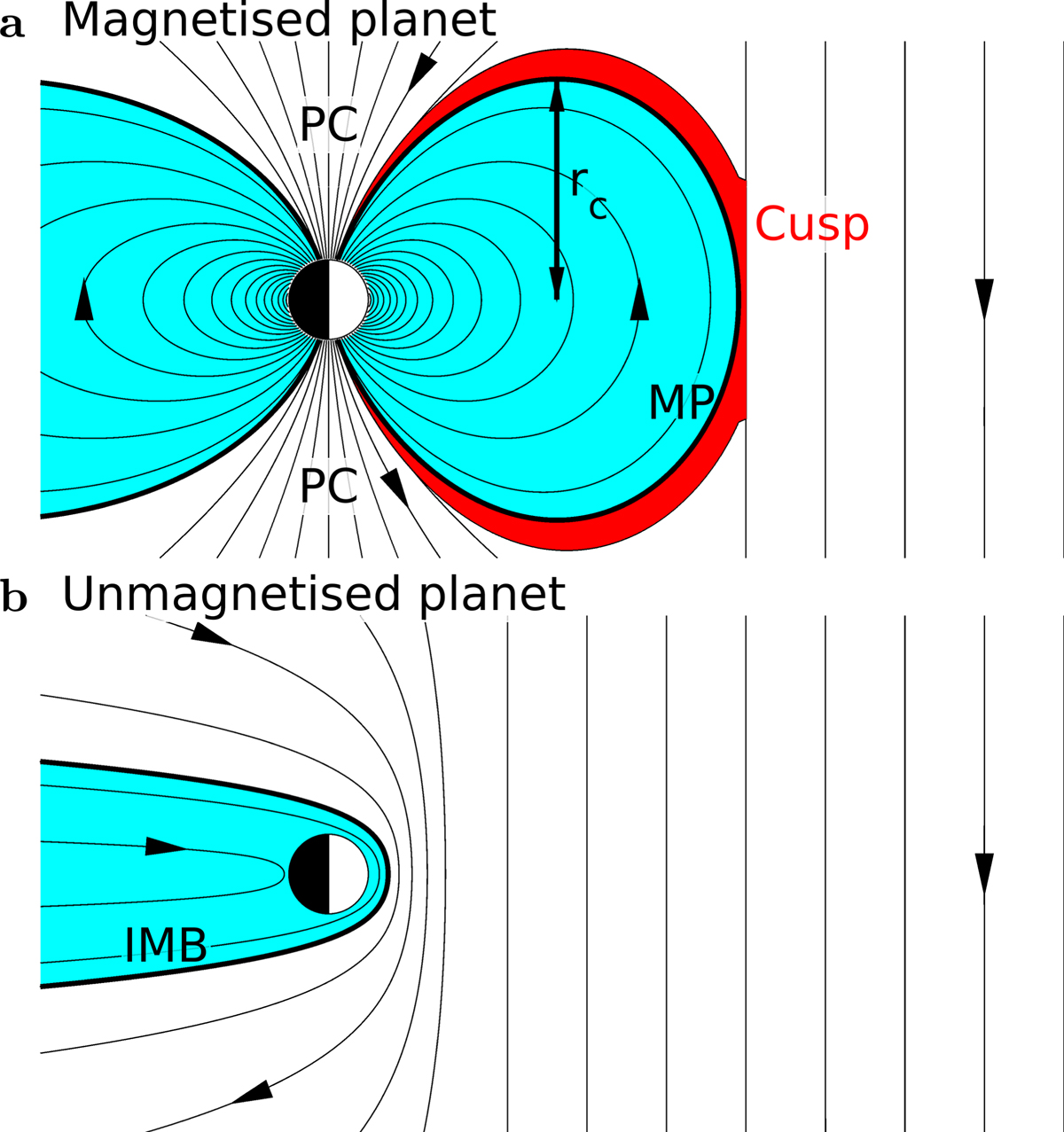