Aims: We aim to present 70 spectra of 68 new high-redshift type Ia supernovae (SNe Ia) measured at ESO's VLT during the final two years of operation (2006-2008) of the Supernova Legacy Survey (SNLS). This new sample complements the VLT three year spectral set. Altogether, these two data sets form the five year sample of SNLS SN Ia spectra measured at the VLT on which the final SNLS cosmological analysis will partly be based. In the redshift range considered, this sample is unique in terms of homogeneity and number of spectra. We use it to investigate the possibility of a spectral evolution of SNe Ia populations with redshift as well as SNe Ia spectral properties as a function of lightcurve fit parameters and the mass of the host-galaxy.
Methods: Reduction and extraction are based on both IRAF standard tasks and our own reduction pipeline. Redshifts are estimated from host-galaxy lines whenever possible or alternatively from supernova features. We used the spectro-photometric SN Ia model SALT2 combined with a set of galaxy templates that model the host-galaxy contamination to assess the type Ia nature of the candidates.
Results: We identify 68 new SNe Ia with redshift ranging from z = 0.207 to z = 0.98 for an average redshift of z = 0.62. Each spectrum is presented individually along with its best-fit SALT2 model. Adding this new sample to the three year VLT sample of SNLS, the final dataset contains 209 spectra corresponding to 192 SNe Ia identified at the VLT. We also publish the redshifts of other candidates (host galaxies or other transients) whose spectra were obtained at the same time as the spectra of live SNe Ia. This list provides a new redshift catalog useful for upcoming galaxy surveys. Using the full VLT SNe Ia sample, we build composite spectra around maximum light with cuts in color, the lightcurve shape parameter ("stretch"), host-galaxy mass and redshift. We find that high-z SNe Ia are bluer, brighter and have weaker intermediate mass element absorption lines than their low-z counterparts at a level consistent with what is expected from selection effects. We also find a flux excess in the range [3000-3400] Å for SNe Ia in low mass host-galaxies (M < 1010M⊙) or with locally blue U-V colors, and suggest that the UV flux (or local color) may be used in future cosmological studies as a third standardization parameter in addition to stretch and color.

Based on observations obtained with MegaPrime/MegaCam, a joint project of CFHT and CEA/DAPNIA, at the Canada-France-Hawaii Telescope (CFHT) which is operated by the National Research Council (NRC) of Canada, the Institut National des Sciences de l'Univers of the Centre National de la Recherche Scientifique (CNRS) of France, and the University of Hawaii. This work is based in part on data products produced at TERAPIX and the Canadian Astronomy Data Centre as part of the Canada-France-Hawaii Telescope Legacy Survey, a collaborative project of NRC and CNRS.Based on observations obtained with FORS1 and FORS2 at the Very Large Telescope on Cerro Paranal, operated by the European Southern Observatory, Chile (ESO Large Programs 171.A-0486 and 176.A-0589).Full Table A.3 and a copy of the reduced spectra as FITS files are only available at the CDS via anonymous ftp to http://cdsarc.u-strasbg.fr (ftp://130.79.128.5) or via http://cdsarc.u-strasbg.fr/viz-bin/qcat?J/A+A/614/A134 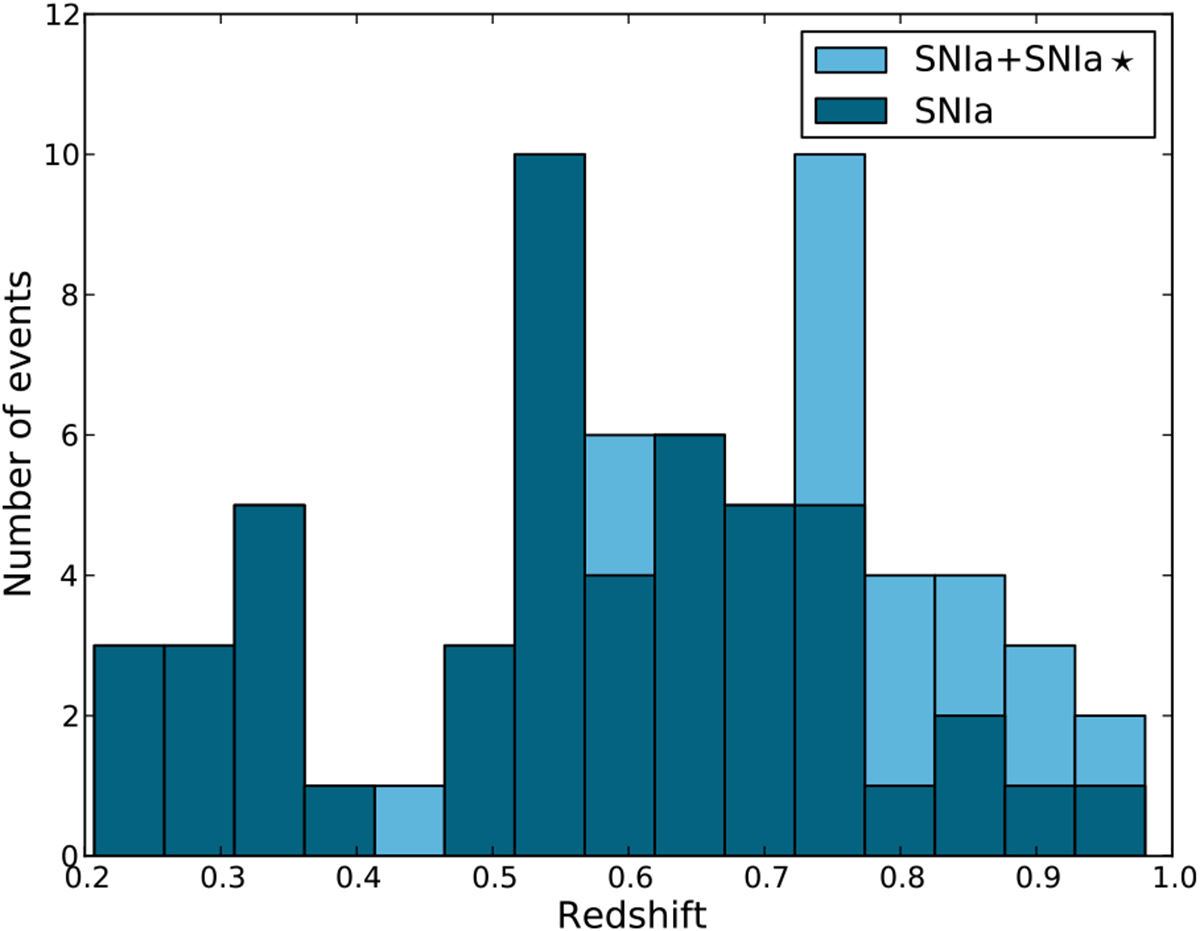