Context. Stellar activity is currently challenging the detection of young planets via the radial velocity (RV) technique.
Aims: We attempt to definitively discriminate the nature of the RV variations for the young active K5 star BD+20 1790, for which visible (VIS) RV measurements show divergent results on the existence of a substellar companion.
Methods: We compare VIS data with high precision RVs in the near-infrared (NIR) range by using the GIANO-B and IGRINS spectrographs. In addition, we present for the first time simultaneous VIS-NIR observations obtained with GIARPS (GIANO-B and HARPS-N) at Telescopio Nazionale Galileo (TNG). Orbital RVs are achromatic, so the RV amplitude does not change at different wavelengths, while stellar activity induces wavelength-dependent RV variations, which are significantly reduced in the NIR range with respect to the VIS.
Results: The NIR radial velocity measurements from GIANO-B and IGRINS show an average amplitude of about one quarter with respect to previously published VIS data, as expected when the RV jitter is due to stellar activity. Coeval multi-band photometry surprisingly shows larger amplitudes in the NIR range, explainable with a mixture of cool and hot spots in the same active region.
Conclusions: In this work, the claimed massive planet around BD+20 1790 is ruled out by our data. We exploited the crucial role of multi-wavelength spectroscopy when observing young active stars: thanks to facilities like GIARPS that provide simultaneous observations, this method can reach its maximum potential. 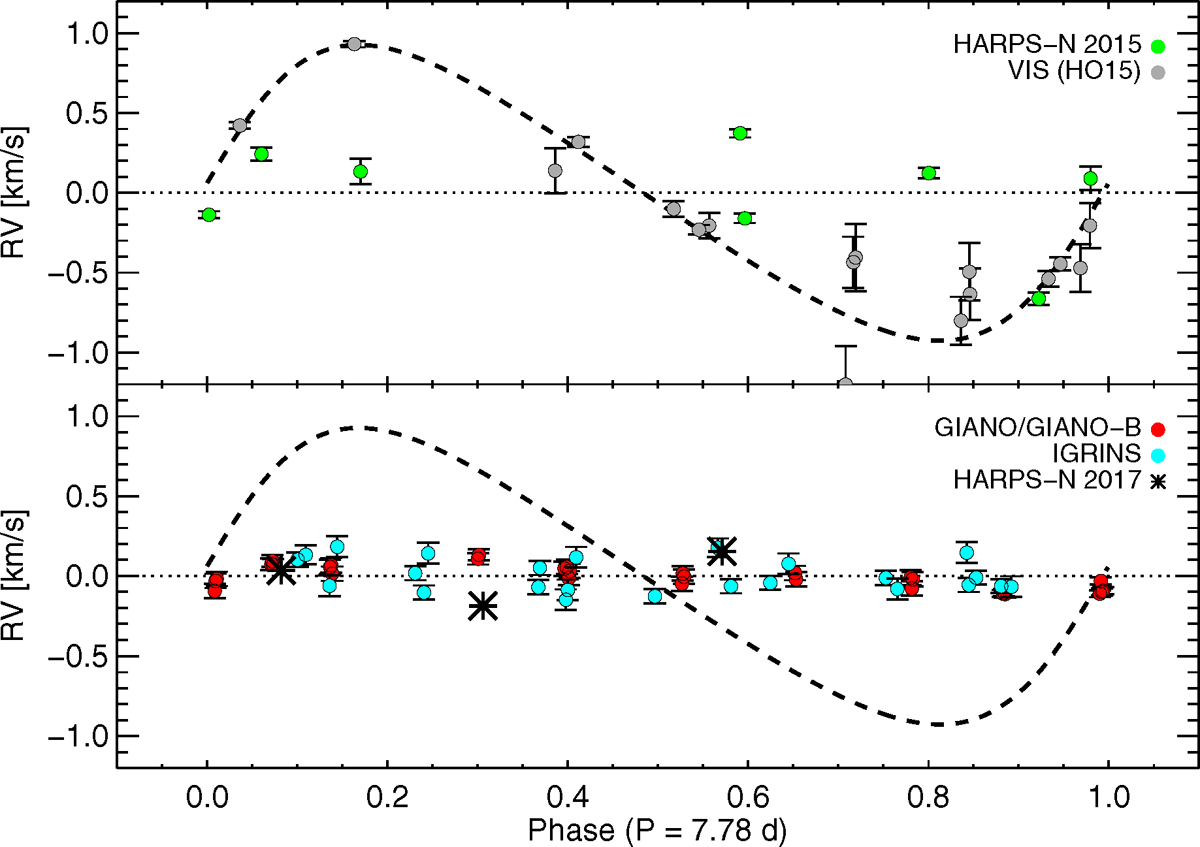