The GAPS programme with HARPS-N at TNG. XVI. Measurement of the Rossiter-McLaughlin effect of transiting planetary systems HAT-P-3, HAT-P-12, HAT-P-22, WASP-39, and WASP-60

Context. The measurement of the orbital obliquity of hot Jupiters with different physical characteristics can provide clues to the mechanisms of migration and orbital evolution of this particular class of giant exoplanets.
Aims: We aim to derive the degree of alignment between planetary orbit and stellar spin angular momentum vectors and look for possible links with other orbital and fundamental physical parameters of the star-planet system. We focus on the characterisation of five transiting planetary systems (HAT-P-3, HAT-P-12, HAT-P-22, WASP-39, and WASP-60) and the determination of their sky-projected planet orbital obliquity through the measurement of the Rossiter-McLaughlin effect.
Methods: We used HARPS-N high-precision radial velocity measurements, gathered during transit events, to measure the Rossiter-McLaughlin effect in the target systems and determine the sky-projected angle between the planetary orbital plane and stellar equator. The characterisation of stellar atmospheric parameters was performed by exploiting the HARPS-N spectra, using line equivalent width ratios and spectral synthesis methods. Photometric parameters of the five transiting exoplanets were re-analysed through 17 new light curves, obtained with an array of medium-class telescopes, and other light curves from the literature. Survey-time-series photometric data were analysed for determining the rotation periods of the five stars and their spin inclination.
Results: From the analysis of the Rossiter-McLaughlin effect we derived a sky-projected obliquity of λ = 21.2° ± 8.7°, λ = -54°-13°+41°, λ = -2.1° ± 3.0°, λ = 0° ± 11°, and λ = -129° ± 17° for HAT-P-3 b, HAT-P-12 b, HAT-P-22 b, WASP-39 b, and WASP-60 b, respectively. The latter value indicates that WASP-60 b is moving on a retrograde orbit. These values represent the first measurements of λ for the five exoplanetary systems under study. The stellar activity of HAT-P-22 indicates a rotation period of 28.7 ± 0.4 days, which allowed us to estimate the true misalignment angle of HAT-P-22 b, ψ = 24° ± 18°. The revision of the physical parameters of the five exoplanetary systems returned values that are fully compatible with those existing in the literature. The exception to this is the WASP-60 system, for which, based on higher quality spectroscopic and photometric data, we found a more massive and younger star and a larger and hotter planet. 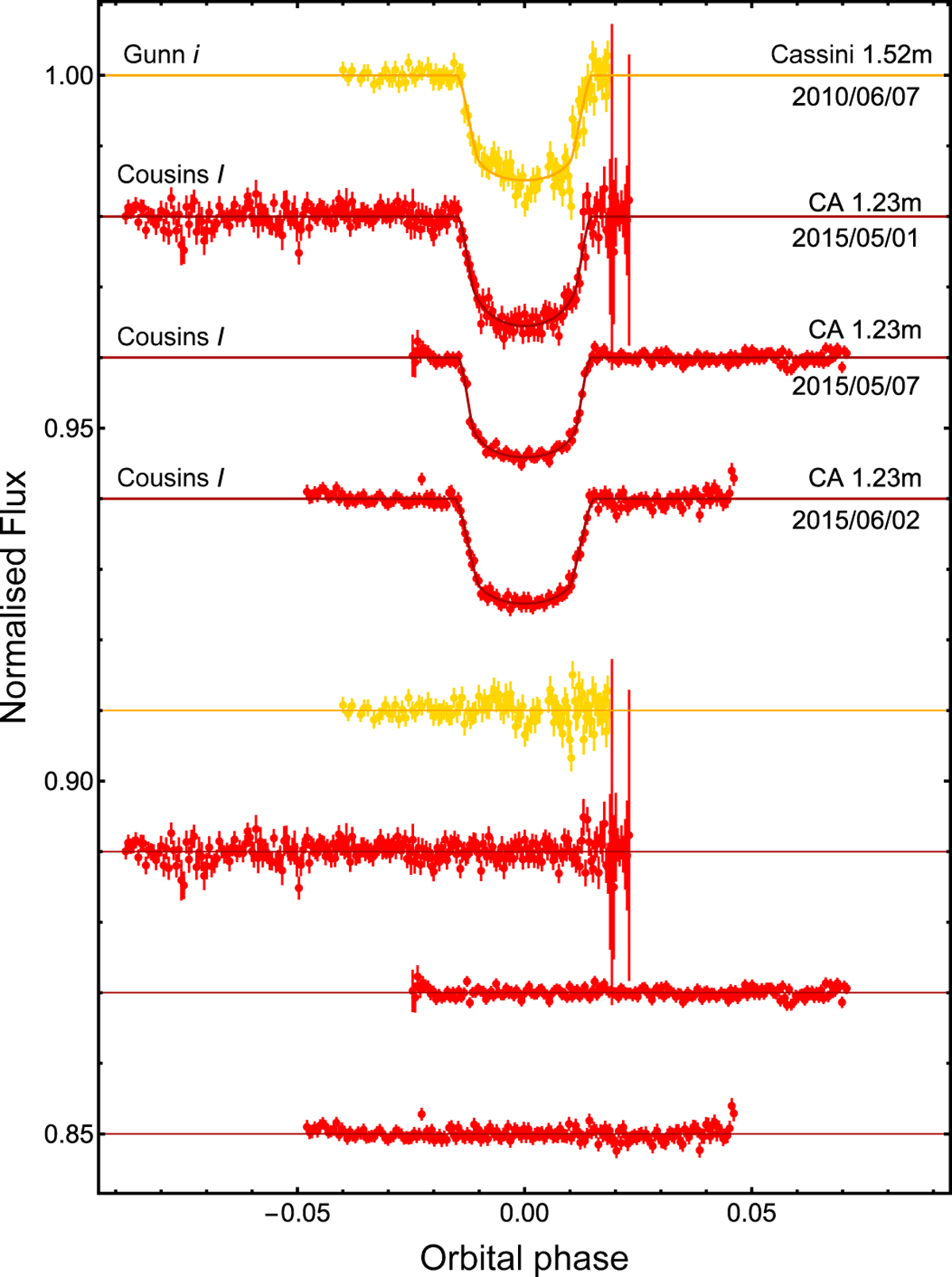