HADES RV programme with HARPS-N at TNG. VII. Rotation and activity of M-dwarfs from time-series high-resolution spectroscopy of chromospheric indicators

We aim to investigate the presence of signatures of magnetic cycles and rotation on a sample of 71 early M-dwarfs from the HADES RV programme using high-resolution time-series spectroscopy of the Ca II H&K and Hα chromospheric activity indicators, the radial velocity series, the parameters of the cross correlation function and the V -band photometry. We used mainly HARPS-N spectra, acquired over 4 yr, and add HARPS spectra from the public ESO database and ASAS photometry light-curves as support data, extending the baseline of the observations of some stars up to 12 yr. We provide log10(R'HK) measurements for all the stars in the sample, cycle length measurements for 13 stars, rotation periods for 33 stars and we are able to measure the semi-amplitude of the radial velocity signal induced by rotation in 16 stars. We complement our work with previous results and confirm and refine the previously reported relationships between the mean level of chromospheric emission, measured by the log10(R'HK), with the rotation period, and with the measured semi-amplitude of the activity induced radial velocity signal for early M-dwarfs. We searched for a possible relation between the measured rotation periods and the lengths of the magnetic cycle, finding a weak correlation between both quantities. Using previous v sin i measurements we estimated the inclinations of the star's poles to the line of sight for all the stars in the sample, and estimate the range of masses of the planets GJ 3998 b and c (2.5-4.9 and 6.3-12.5 M⊕), GJ 625 b (2.82 M⊕), GJ 3942 b (7.1-10.0 M⊕) and GJ 15A b (3.1-3.3 M⊕), assuming their orbits are coplanar with the stellar rotation.

Based on: observations made with the Italian Telescopio Nazionale Galileo (TNG), operated on the island of La Palma by the INAF - Fundación Galileo Galilei at the Roche de Los Muchachos Observatory of the Instituto de Astrofísica de Canarias (IAC); observations made with the HARPS instrument on the ESO 3.6-m telescope at La Silla Observatory (Chile). 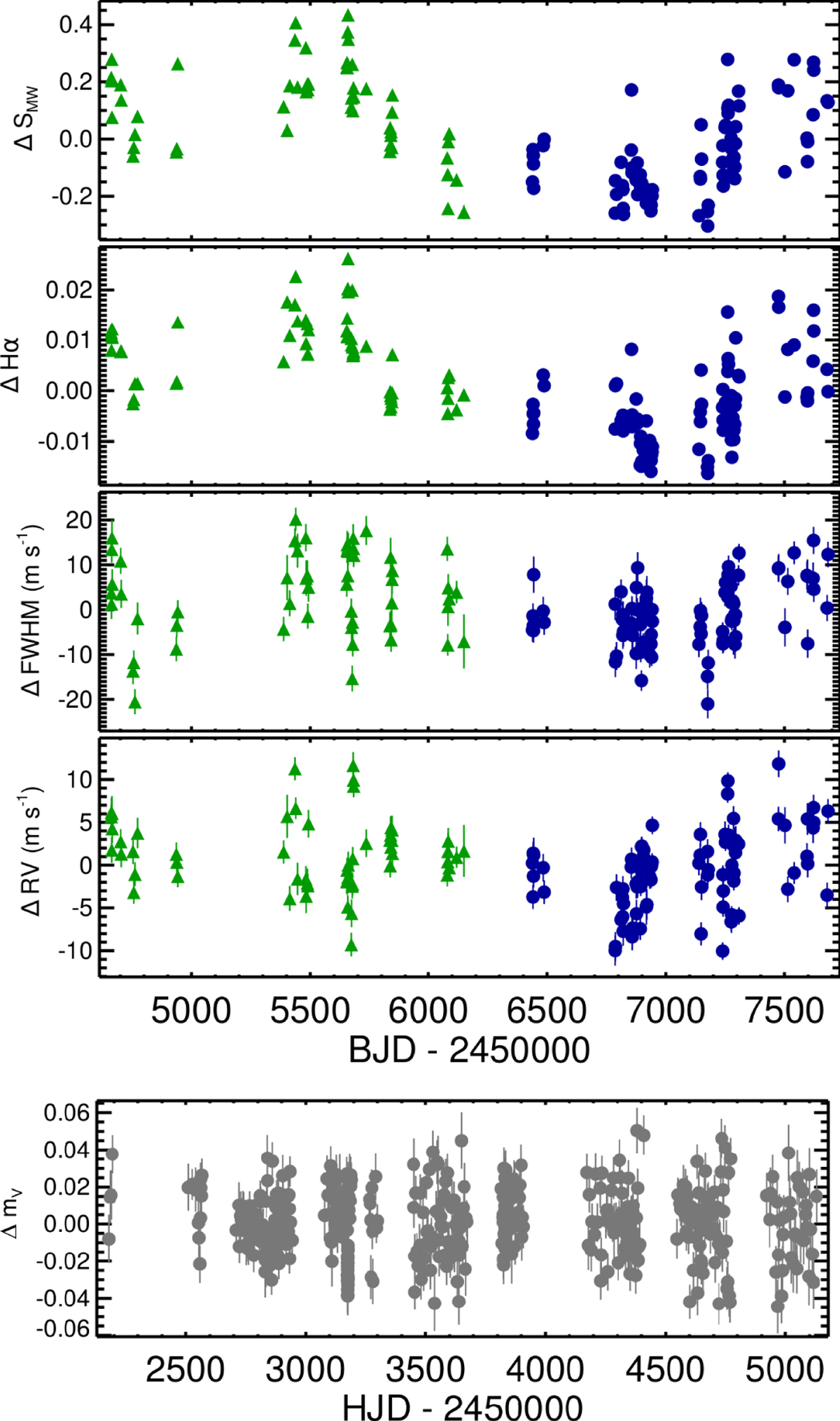