Properties and rotation of molecular clouds in M 33

The sample of 566 molecular clouds identified in the CO(2-1) IRAM survey covering the disk of M 33 is explored in detail. The clouds were found using CPROPS and were subsequently catalogued in terms of their star-forming properties as non-star-forming (A), with embedded star formation (B), or with exposed star formation (C, e.g., presence of Hα emission). We find that the size-linewidth relation among the M 33 clouds is quite weak but, when comparing with clouds in other nearby galaxies, the linewidth scales with average metallicity. The linewidth and particularly the line brightness decrease with galactocentric distance. The large number of clouds makes it possible to calculate well-sampled cloud mass spectra and mass spectra of subsamples. As noted earlier, but considerably better defined here, the mass spectrum steepens (i.e., higher fraction of small clouds) with galactocentric distance. A new finding is that the mass spectrum of A clouds is much steeper than that of the star-forming clouds. Further dividing the sample, this difference is strong at both large and small galactocentric distances and the A vs. C difference is a stronger effect than the inner vs. outer disk difference in mass spectra. Velocity gradients are identified in the clouds using standard techniques. The gradients are weak and are dominated by prograde rotation; the effect is stronger for the high signal-to-noise clouds. A discussion of the uncertainties is presented. The angular momenta are low but compatible with at least some simulations. Finally, the cloud velocity gradients are compared with the gradient of disk rotation. The cloud and galactic gradients are similar; the cloud rotation periods are much longer than cloud lifetimes and comparable to the galactic rotation period. The rotational kinetic energy is 1-2% of the gravitational potential energy and the cloud edge velocity is well below the escape velocity, such that cloud-scale rotation probably has little influence on the evolution of molecular clouds. 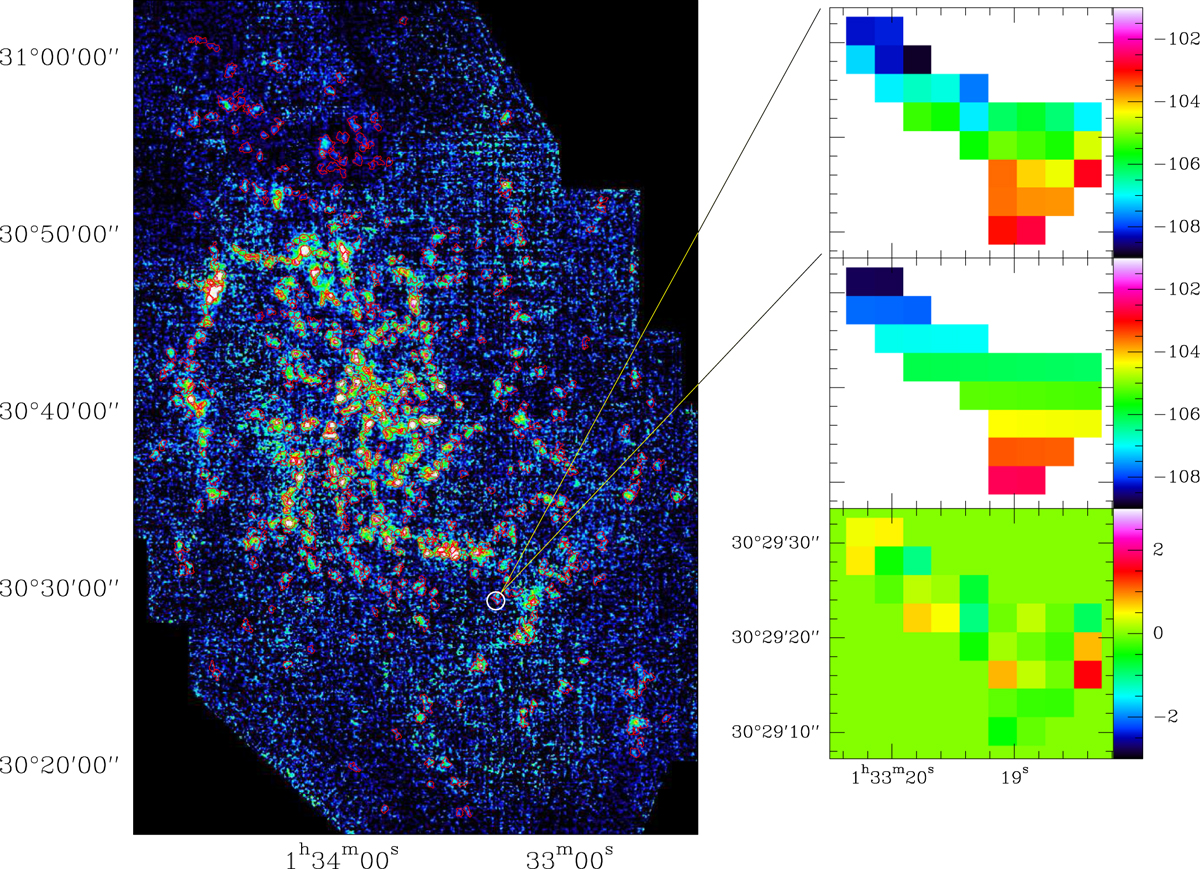