The Antennae galaxy (NGC 4038/39) is the closest major interacting galaxy system and is therefore often studied as a merger prototype. We present the first comprehensive integral field spectroscopic dataset of this system, observed with the MUSE instrument at the ESO VLT. We cover the two regions in this system which exhibit recent star formation: the central galaxy interaction and a region near the tip of the southern tidal tail. In these fields, we detect HII regions and diffuse ionized gas to unprecedented depth. About 15% of the ionized gas was undetected by previous observing campaigns. This newly detected faint ionized gas is visible everywhere around the central merger, and shows filamentary structure. We estimate diffuse gas fractions of about 60% in the central field and 10% in the southern region. We are able to show that the southern region contains a significantly different population of HII regions, showing fainter luminosities. By comparing HII region luminosities with the HST catalog of young star clusters in the central field, we estimate that there is enough Lyman-continuum leakage in the merger to explain the amount of diffuse ionized gas that we detect. We compare the Lyman-continuum escape fraction of each HII region against emission line ratios that are sensitive to the ionization parameter. While we find no systematic trend between these properties, the most extreme line ratios seem to be strong indicators of density bounded ionization. Extrapolating the Lyman-continuum escape fractions to the southern region, we conclude that simply from the comparison of the young stellar populations to the ionized gas there is no need to invoke other ionization mechanisms than Lyman-continuum leaking HII regions for the diffuse ionized gas in the Antennae. 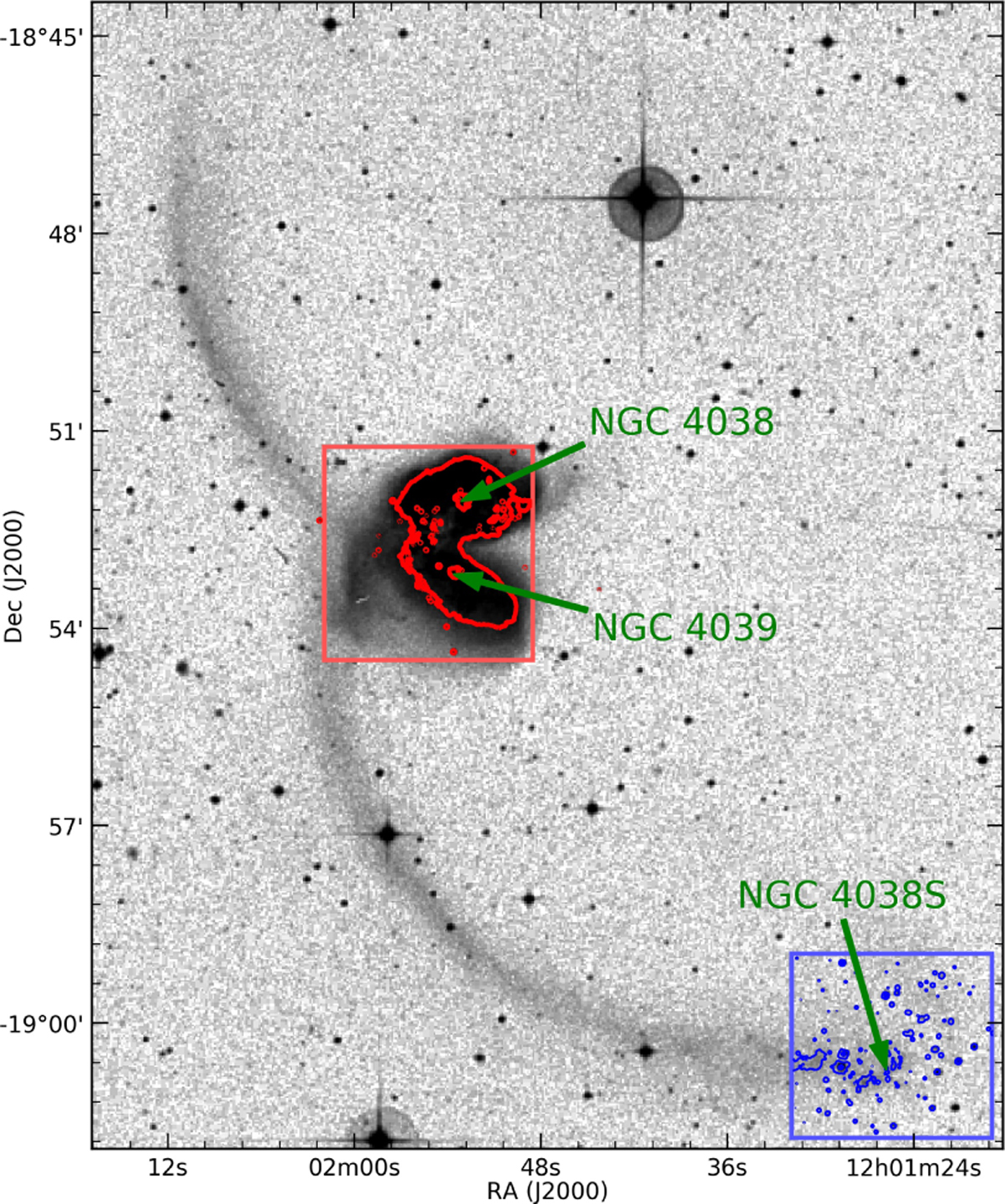