We present the results of the pulse-amplitude-resolved spectroscopy of the accreting pulsar V 0332+53 using the NuSTAR observations of the source in 2015 and 2016. We investigate the dependence of the energy of the cyclotron resonant scattering feature (CRSF) as a function of X-ray luminosity on timescales comparable with the spin period of the pulsar within individual observations, and the behavior on longer timescales within and between the two observed outbursts. We confirm that in both cases the CRSF energy is negatively correlated with flux at luminosities higher than the critical luminosity and is positively correlated at lower luminosities. We also confirm the recently reported gradual decrease in the line energy during the giant outburst in 2015. Using the NuSTAR data, we find that this decrease was consistent with a linear decay throughout most of the outburst, and flattened or even reversed at the end of the 2015 outburst, approximately simultaneously with the transition to the subcritical regime. We also confirm that by the following outburst in 2016 the line energy rebounded to previous values. The observed behavior of the CRSF energy with time is discussed in terms of changes in the geometry of the CRSF forming region caused by changes in the effective magnetospheric radius. 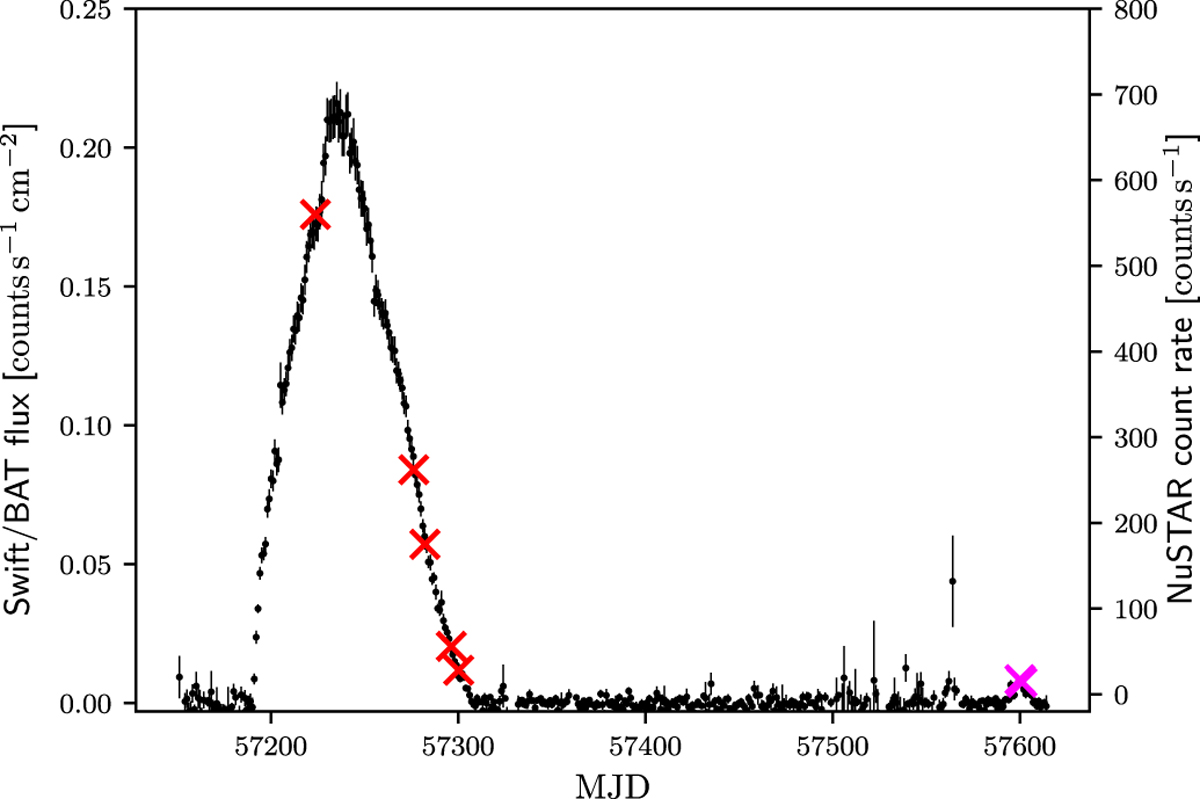