The Gaia-ESO Survey: Lithium enrichment histories of the Galactic thick and thin disc

Lithium abundance in most of the warm metal-poor main sequence stars shows a constarnt plateau (A(Li) 2.2 dex) and then the upper envelope of the lithium vs. metallicity distribution increases as we approach solar metallicity. Meteorites, which carry information about the chemical composition of the interstellar medium (ISM) at the solar system formation time, show a lithium abundance A(Li) 3.26 dex. This pattern reflects the Li enrichment history of the ISM during the Galaxy lifetime. After the initial Li production in big bang nucleosynthesis, the sources of the enrichment include asymptotic giant branch (AGB) stars, low-mass red giants, novae, type II supernovae, and Galactic cosmic rays. The total amount of enriched Li is sensitive to the relative contribution of these sources. Thus different Li enrichment histories are expected in the Galactic thick and thin disc. We investigate the main sequence stars observed with UVES in Gaia-ESO Survey iDR4 catalogue and find a Li- [α/Fe] anticorrelation independent of [Fe/H], Teff, and log (g). Since in stellar evolution different α enhancements at the same metallicity do not lead to a measurable Li abundance change, the anticorrelation indicates that more Li is produced during the Galactic thin disc phase than during the Galactic thick disc phase. We also find a correlation between the abundance of Li and s-process elements Ba and Y, and they both decrease above the solar metallicity, which can be explained in the framework of the adopted Galactic chemical evolution models. 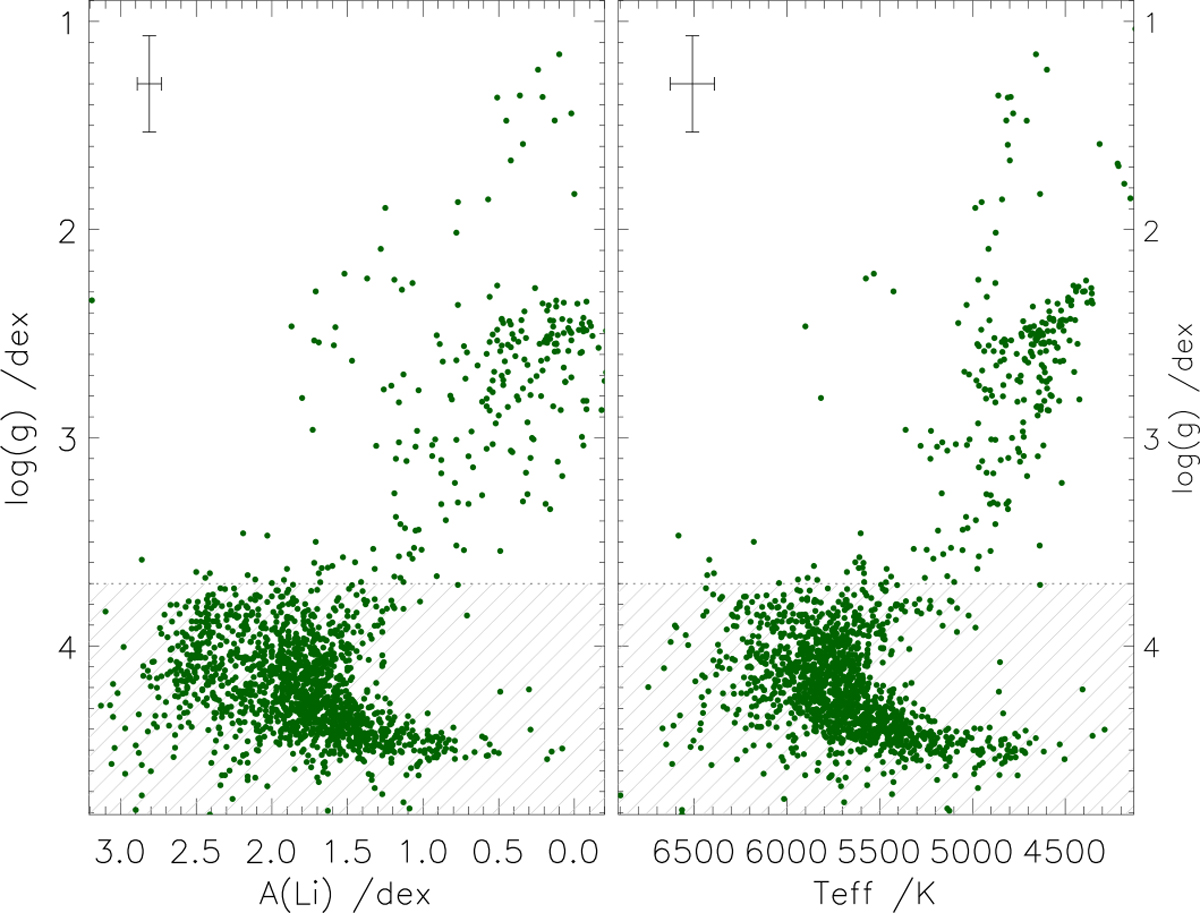