The energy-momentum tensor of electromagnetic fields in matter

We present a complete resolution of the Abraham-Minkowski controversy . This is done by considering several new aspects which invalidate previous discussions. We show that: 1)For polarized matter the center of mass theorem is no longer valid in its usual form. A contribution related to microscopic spin should be considered. 2)The electromagnetic dipolar energy density contributes to the inertia of matter and should be incorporated covariantly to the the energy-momentum tensor of matter. Then there is an electromagnetic component in matter's momentum density whose variation explains the results of the only experiment which supports Abraham's force. 3)Averaging the microscopic Lorentz's force results in the unambiguos expression for the force density exerted by the field. This force density is consistent with all the experimental evidence. 4)Momentum conservation determines the electromagnetic energy-momentum tensor. This tensor is different from Abraham's and Minkowski's tensors, but one recovers Minkowski's expression for the momentum density. The energy density is different from Poynting's expression but Poynting's vector remains the same. Our tensor is non-symmetric which allows the field to exert a distributed torque on matter. We use our results to discuss momentum and angular momentum exchange in various situations of physical interest. We find complete consistency of our equations in the description of the systems considered. We also show that several alternative expressions of the field energy-momentum tensor and force-density cannot be successfully used in all our examples. In particular we verify in two of these examples that the center of mass and spin introduced by us moves with constant velocity, but that the standard center of mass does not. 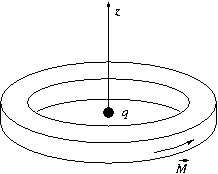