A deep Parkes H I survey of the Sculptor group and filament: H I mass function and environment

We present the results of a deep survey of the nearby Sculptor group and the associated Sculptor filament taken with the Parkes 64-m radio telescope in the 21-cm emission line of neutral hydrogen. We detect 31 H I sources in the Sculptor group/filament, eight of which are new H I detections. We derive a slope of the H I mass function along the Sculptor filament of α = -1.10^{+0.20}_{-0.11}, which is significantly flatter than the global mass function and consistent with the flat slopes previously found in other low-density group environments. Some physical process, such as star formation, photoionization or ram-pressure stripping, must therefore be responsible for removing neutral gas predominantly from low-mass galaxies. All of our H I detections have a confirmed or tentative optical counterpart and are likely associated with luminous rather than 'dark' galaxies. Despite a column density sensitivity of about 4 × 1017 cm-2, we do not find any traces of extragalactic gas or tidal streams, suggesting that the Sculptor filament is, at the current time, a relatively quiescent environment that has not seen any recent major interactions or mergers. 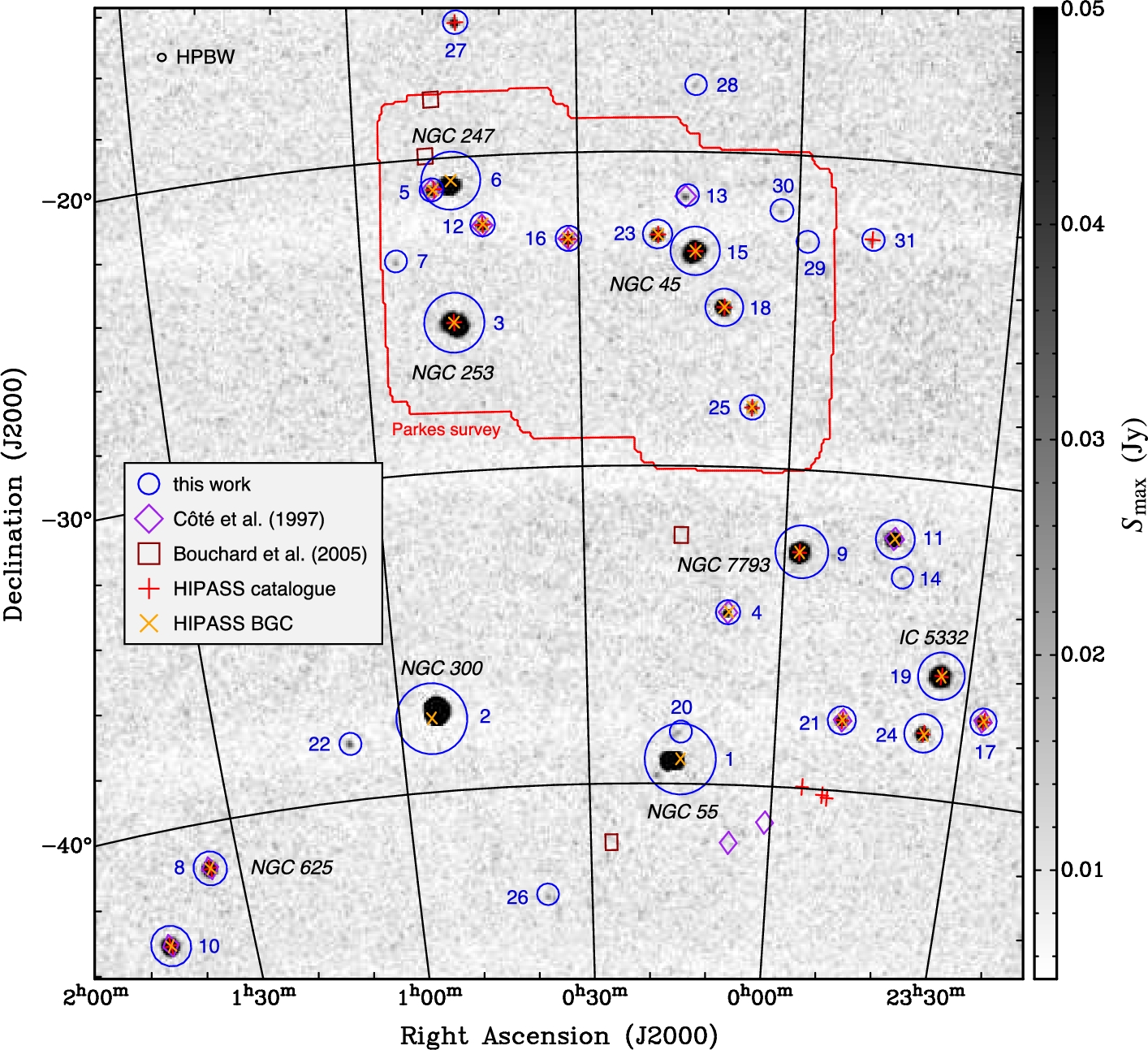