The fraction of galaxies supported by internal rotation compared to galaxies stabilized by internal pressure provides a strong constraint on galaxy formation models. In integral field spectroscopy surveys, this fraction is biased because survey instruments typically only trace the inner parts of the most massive galaxies. We present aperture corrections for the two most widely used stellar kinematic quantities V/σ and λR (spin parameter proxy). Our demonstration involves integral field data from the SAMI (Sydney-AAO Multi-object Integral-field spectrograph) Galaxy Survey and the ATLAS3D survey. We find a tight relation for both V/σ and λR when measured in different apertures that can be used as a linear transformation as a function of radius, i.e. a first-order aperture correction. In degraded seeing, however, the aperture corrections are more significant as the steeper inner profile is more strongly affected by the point spread function than the outskirts. We find that V/σ and λR radial growth curves are well approximated by second-order polynomials. By only fitting the inner profile (0.5Re), we successfully recover the profile out to one Re if a constraint between the linear and quadratic parameter in the fit is applied. However, the aperture corrections for V/σ and λR derived by extrapolating the profiles perform as well as applying a first-order correction. With our aperture-corrected λR measurements, we find that the fraction of slow rotating galaxies increases with stellar mass. For galaxies with log M*/M⊙ > 11, the fraction of slow rotators is 35.9 ± 4.3 per cent, but is underestimated if galaxies without coverage beyond one Re are not included in the sample (24.2 ± 5.3 per cent). With measurements out to the largest aperture radius, the slow rotator fraction is similar as compared to using aperture-corrected values (38.3 ± 4.4 per cent). Thus, aperture effects can significantly bias stellar kinematic integral field spectrograph studies, but this bias can now be removed with the method outlined here. 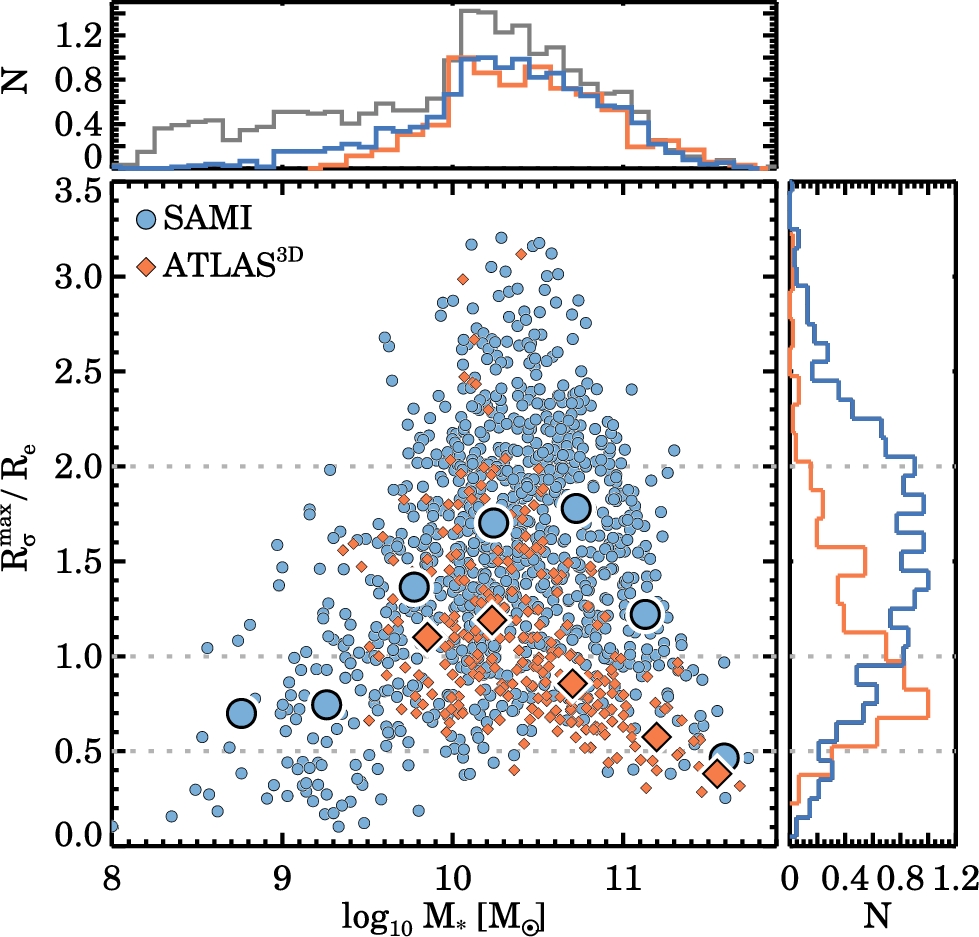