The evolution of the star formation rate function in the EAGLE simulations: a comparison with UV, IR and Hα observations from z ∼ 8 to z ∼ 0

We investigate the evolution of the galaxy star formation rate function (SFRF) and cosmic star formation rate density (CSFRD) of z ∼ 0-8 galaxies in the Evolution and Assembly of GaLaxies and their Environments (EAGLE) simulations. In addition, we present a compilation of ultraviolet, infrared and H α SFRFs and compare these with the predictions from the EAGLE suite of cosmological hydrodynamic simulations. We find that the constraints implied by different indicators are inconsistent with each other for the highest star-forming objects at z < 2, a problem that is possibly related to selection biases and the uncertainties of dust attenuation effects. EAGLE's feedback parameters were calibrated to reproduce realistic galaxy sizes and stellar masses at z = 0.1. In this work we test if and why those choices yield realistic star formation rates (SFRs) for z ∼ 0-8 as well. We demonstrate that supernovae feedback plays a major role at setting the abundance of galaxies at all star-forming regimes, especially at high redshifts. On the contrary, active galactic nuclei (AGN) feedback becomes more prominent at lower redshifts and is a major mechanism that affects only the highest star-forming systems. Furthermore, we find that galaxies with SFR ∼1-10 M⊙ yr-1 dominate the CSFRD at redshifts z ≤ 5, while rare high star-forming galaxies (SFR ∼10-100 M⊙ yr-1) contribute significantly only briefly around the peak era (z ∼ 2) and then are quenched by AGN feedback. In the absence of this prescription objects with SFR ∼10-100 M⊙ yr-1 would dominate the CSFRD, while the cosmic budget of star formation would be extremely high. Finally, we demonstrate that the majority of the cosmic star formation occurs in relatively rare high-mass haloes (MHalo ∼ 1011-13 M⊙) even at the earliest epochs. 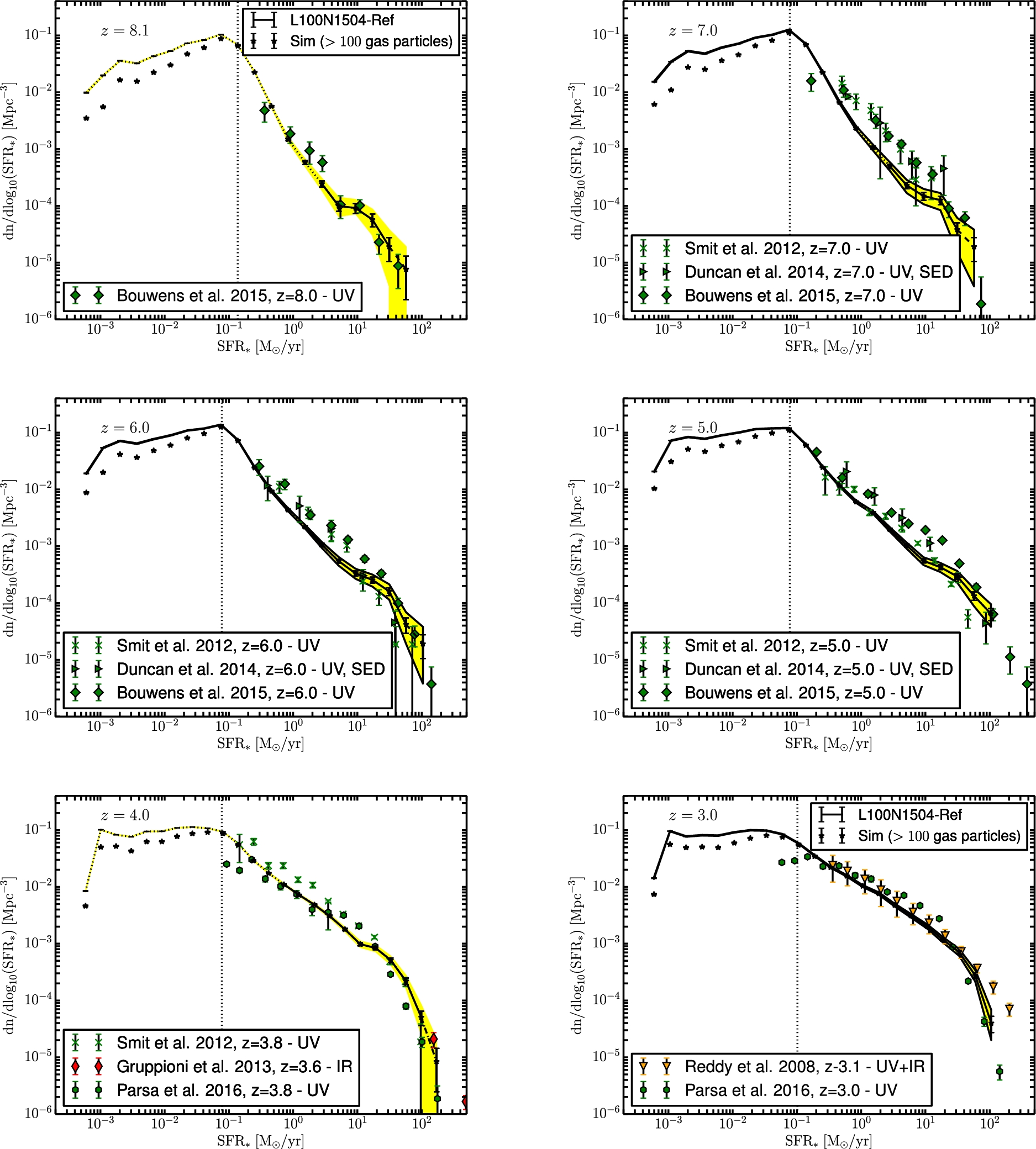