Numerical simulations were carried out to study the origin of multiple stellar populations in the intermediate-age clusters NGC 411 and NGC 1806 in the Magellanic Clouds. We performed NBODY6++ simulations based on two different formation scenarios, an ad hoc formation model where second-generation (SG) stars are formed inside a cluster of first-generation (FG) stars using the gas accumulated from the external intergalactic medium and a minor merger model of unequal mass (MSG/MFG ∼ 5-10 per cent) clusters with an age difference of a few hundred million years. We compared our results such as the radial profile of the SG-to-FG number ratio with observations on the assumption that the SG stars in the observations are composed of cluster members, and confirmed that both the ad hoc formation and merger scenarios reproduce the observed radial trend of the SG-to-FG number ratio, which shows less centrally concentrated SG than FG stars. It is difficult to constrain the formation scenario for the multiple populations by only using the spatial distribution of the SG stars. SG stars originating from the merger scenario show a significant velocity anisotropy and rotational features compared to those from the ad hoc formation scenario. Thus, observations aimed at kinematic properties like velocity anisotropy or rotational velocities for SG stars should be obtained to better understand the formation of the multiple populations in these clusters. This is, however, beyond current instrumentation capabilities. 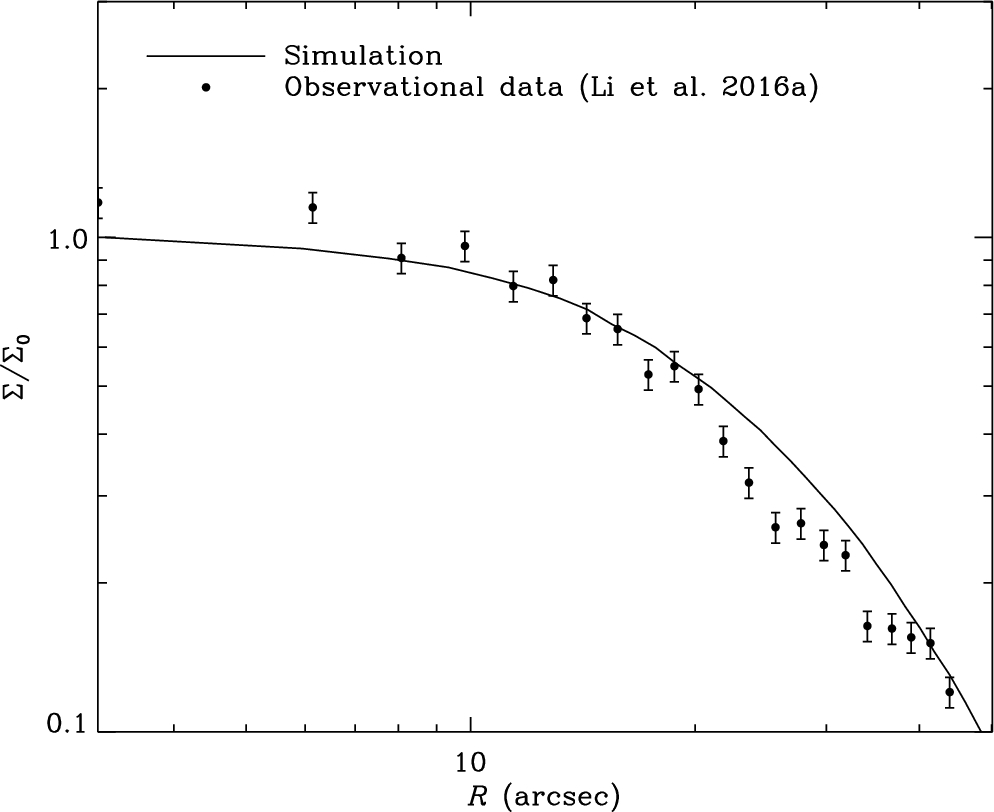