We have identified three K2 transiting star-planet systems, K2-51 (EPIC 202900527), K2-67 (EPIC 206155547), and K2-76 (EPIC 206432863), as stellar binaries with low-mass stellar secondaries. The three systems were statistically validated as transiting planets, and through measuring their orbits by radial velocity (RV) monitoring we have derived the companion masses to be {0.1459}-0.0032+0.0029 {M}⊙ (EPIC 202900527 B), {0.1612}-0.0067+0.0072 {M}⊙ (EPIC 206155547 B), and 0.0942 ± 0.0019 {M}⊙ (EPIC 206432863 B). Therefore, they are not planets but small stars, part of the small sample of low-mass stars with measured radius and mass. The three systems are at an orbital period range of 12-24 days, and the secondaries have a radius within 0.9-1.9 {R}{{J}}, not inconsistent with the properties of warm Jupiter planets. These systems illustrate some of the existing challenges in the statistical validation approach. We point out a few possible origins for the initial misclassification of these objects, including poor characterization of the host star, the difficulty in detecting a secondary eclipse in systems on an eccentric orbit, and the difficulty in distinguishing between the smallest stars and gas giant planets as the two populations have indistinguishable radius distributions. Our work emphasizes the need for obtaining medium-precision RV measurements to distinguish between companions that are small stars, brown dwarfs, and gas giant planets. 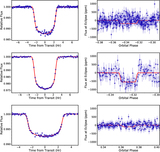