The F3 main-sequence star KIC 8462852 (Boyajian’s Star) showed deep (up to 20%) day-long brightness dips of unknown cause during the four years of the Kepler mission. A 0.164 mag (16%) dimming between 1890 and 1990 was claimed, based on the analysis of photographic plates from the Harvard Observatory. We have gathered an independent set of historic plates from Sonneberg Observatory, Germany, covering the years of 1934-1995. With 861 mag in B, and 397 mag in V, we find the star to be of constant brightness within 0.03 mag per century (3%). Consistent outcomes are found using by-eye estimates of the best 119 plates. Results are supported by data from Sternberg Observatory, Moscow, which show the star as constant between 1895 and 1995. The previously claimed century-long dimming is inconsistent with our results at the 5σ -level, however, the recently reported modest dimming of 3% in the Kepler data is not inconsistent with our data. We find no periodicities or shorter trends within our limits of 5% per five year bin, but note a possible dimming event on 1978 October 24. 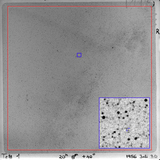