The dwarf planet Pluto is known to host an extended system of five co-planar satellites. Previous studies have explored the formation and evolution of the system in isolation, neglecting perturbative effects by the Sun. Here we show that secular evolution due to the Sun can strongly affect the evolution of outer satellites and rings in the system, if such exist. Although precession due to extended gravitational potential from the inner Pluto-Charon binary quench such secular evolution up to a crit ∼ 0.0035 au (∼0.09 R Hill the Hill radius; including all of the currently known satellites), outer orbits can be significantly altered. In particular, we find that co-planar rings and satellites should not exist beyond a crit; rather, satellites and dust particles in these regions secularly evolve on timescales ranging between 104 and 106 years, and quasi-periodically change their inclinations and eccentricities through secular evolution (Lidov-Kozai oscillations). Such oscillations can lead to high inclinations and eccentricities, constraining the range where such satellites (and dust particles) can exist without crossing the orbits of the inner satellites or crossing the outer Hill stability range. Outer satellites, if such exist are therefore likely to be irregular satellites, with orbits limited to be non-circular and/or highly inclined. Current observations, including the recent data from the New-Horizons mission explored only inner regions (<0.0012 au) and excluded the existence of additional satellites; however, the irregular satellites discussed here should reside farther, in the yet uncharted regions around Pluto. 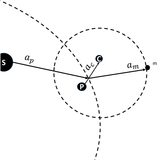