The six parameters of the standard ΛCDM model have best-fit values derived from the Planck temperature power spectrum that are shifted somewhat from the best-fit values derived from WMAP data. These shifts are driven by features in the Planck temperature power spectrum at angular scales that had never before been measured to cosmic-variance level precision. We have investigated these shifts to determine whether they are within the range of expectation and to understand their origin in the data. Taking our parameter set to be the optical depth of the reionized intergalactic medium τ, the baryon density ωb, the matter density ωm, the angular size of the sound horizon θ∗, the spectral index of the primordial power spectrum, ns, and Ase- 2τ (where As is the amplitude of the primordial power spectrum), we have examined the change in best-fit values between a WMAP-like large angular-scale data set (with multipole moment ℓ < 800 in the Planck temperature power spectrum) and an all angular-scale data set (ℓ < 2500Planck temperature power spectrum), each with a prior on τ of 0.07 ± 0.02. We find that the shifts, in units of the 1σ expected dispersion for each parameter, are { Δτ,ΔAse- 2τ,Δns,Δωm,Δωb,Δθ∗ } = { -1.7,-2.2,1.2,-2.0,1.1,0.9 }, with a χ2 value of 8.0. We find that this χ2 value is exceeded in 15% of our simulated data sets, and that a parameter deviates by more than 2.2σ in 9% of simulated data sets, meaning that the shifts are not unusually large. Comparing ℓ < 800 instead to ℓ> 800, or splitting at a different multipole, yields similar results. We examined the ℓ < 800 model residuals in the ℓ> 800 power spectrum data and find that the features there that drive these shifts are a set of oscillations across a broad range of angular scales. Although they partly appear similar to the effects of enhanced gravitational lensing, the shifts in ΛCDM parameters that arise in response to these features correspond to model spectrum changes that are predominantly due to non-lensing effects; the only exception is τ, which, at fixed Ase- 2τ, affects the ℓ> 800 temperature power spectrum solely through the associated change in As and the impact of that on the lensing potential power spectrum. We also ask, "what is it about the power spectrum at ℓ < 800 that leads to somewhat different best-fit parameters than come from the full ℓ range?" We find that if we discard the data at ℓ < 30, where there is a roughly 2σ downward fluctuation in power relative to the model that best fits the full ℓ range, the ℓ < 800 best-fit parameters shift significantly towards the ℓ < 2500 best-fit parameters. In contrast, including ℓ < 30, this previously noted "low-ℓ deficit" drives ns up and impacts parameters correlated with ns, such as ωm and H0. As expected, the ℓ < 30 data have a much greater impact on the ℓ < 800 best fit than on the ℓ < 2500 best fit. So although the shifts are not very significant, we find that they can be understood through the combined effects of an oscillatory-like set of high-ℓ residuals and the deficit in low-ℓ power, excursions consistent with sample variance that happen to map onto changes in cosmological parameters. Finally, we examine agreement between PlanckTT data and two other CMB data sets, namely the Planck lensing reconstruction and the TT power spectrum measured by the South Pole Telescope, again finding a lack of convincing evidence of any significant deviations in parameters, suggesting that current CMB data sets give an internally consistent picture of the ΛCDM model. 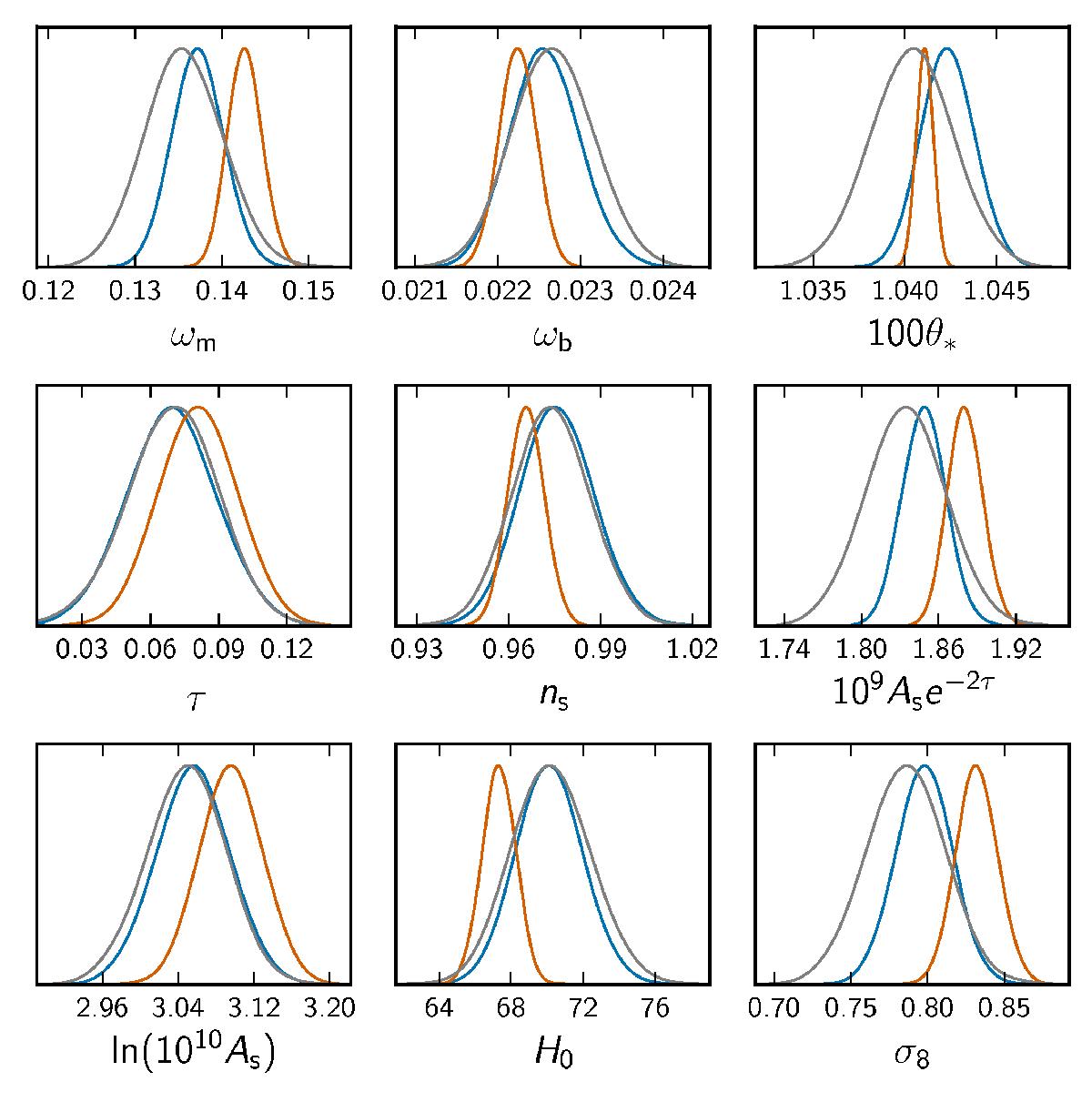