Context. The relation between a cosmological halo concentration and its mass (cMr) is a powerful tool to constrain cosmological models of halo formation and evolution.
Aims: On the scale of galaxy clusters the cMr has so far been determined mostly with X-ray and gravitational lensing data. The use of independent techniques is helpful in assessing possible systematics. Here we provide one of the few determinations of the cMr by the dynamical analysis of the projected-phase-space distribution of cluster members.
Methods: Based on the WINGS and OmegaWINGS data sets, we used the Jeans analysis with the MAMPOSSt technique to determine masses and concentrations for 49 nearby clusters, each of which has ≳60 spectroscopic members within the virial region, after removal of substructures.
Results: Our cMr is in statistical agreement with theoretical predictions based on ΛCDM cosmological simulations. Our cMr is different from most previous observational determinations because of its flatter slope and lower normalization. It is however in agreement with two recent cMr obtained using the lensing technique on the CLASH and LoCuSS cluster data sets.
Conclusions: The dynamical study of the projected-phase-space of cluster members is an independent and valid technique to determine the cMr of galaxy clusters. Our cMr shows no tension with theoretical predictions from ΛCDM cosmological simulations for low-redshift, massive galaxy clusters. In the future we will extend our analysis to galaxy systems of lower mass and at higher redshifts. 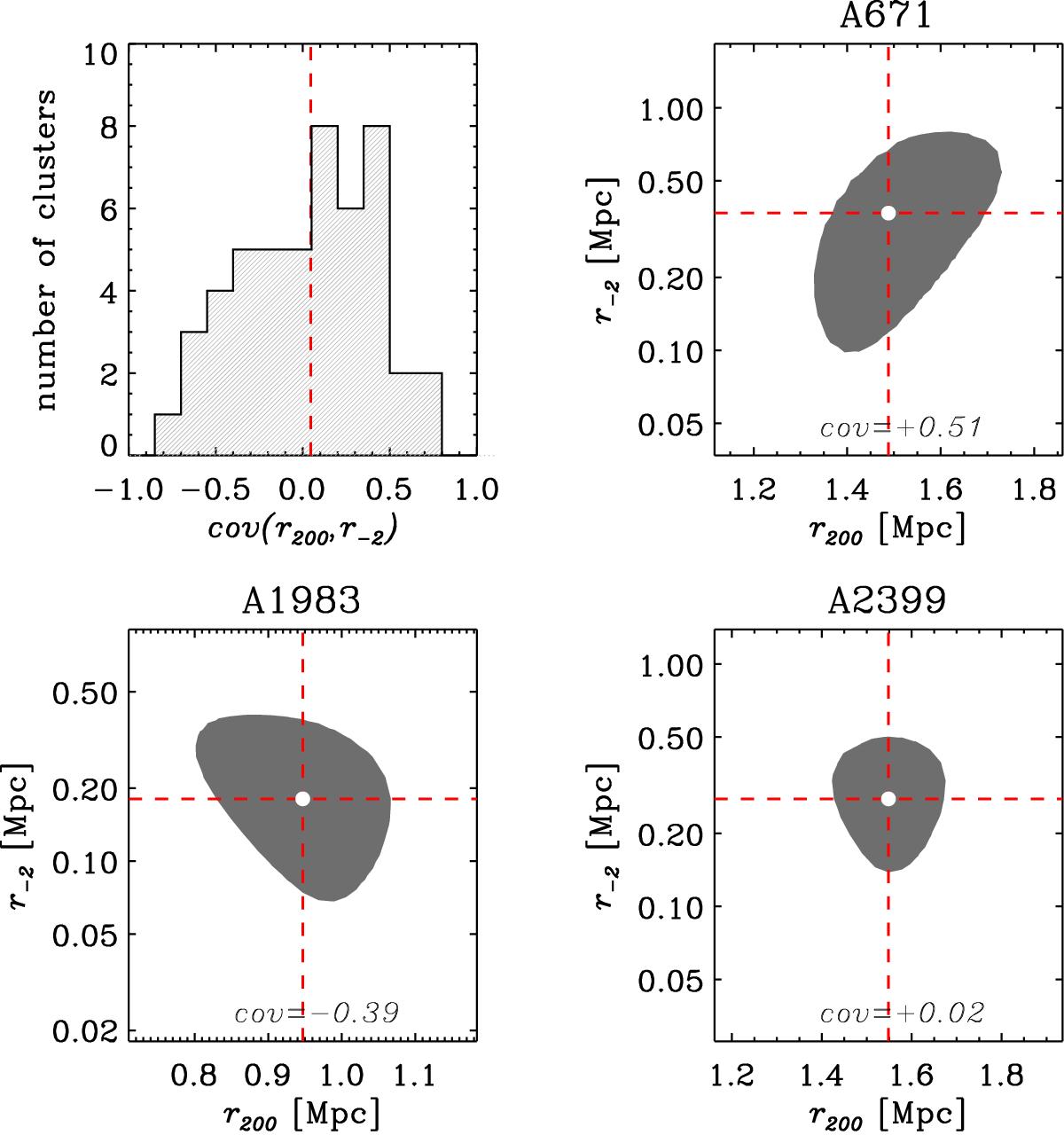