Context. The warm ionized medium (WIM) occupies a significant fraction of the Galactic disk. Determining the WIM properties at the leading edge of spiral arms is important for understanding its dynamics and cloud formation.
Aims: We derive the properties of the WIM at the inner edge of the Scutum arm tangency, which is a unique location in which to disentangle the WIM from other components, using the ionized gas tracers C+ and N+.
Methods: We use high spectral resolution [C II] 158 μm and [N II] 205 μm fine structure line observations taken with the upGREAT and GREAT instruments, respectively, on SOFIA, along with auxiliary H I and 13CO observations. The observations consist of samples in and out of the Galactic plane along 18 lines of sight (LOS) between longitude 30° and 32°.
Results: We detect strong [N II] emission throughout the Scutum tangency. At VLSR = 110 to 125 km s-1 where there is little, if any, 13CO, we are able to disentangle the [N II] and [C II] emission that arises from the WIM at the arm's inner edge. We find an average electron density 0.9 cm-3 in the plane, and 0.4 cm-3 just above the plane. The [N II] emission decreases exponentially with latitude with a scale height 55 pc. For VLSR< 110 km s-1 there is [N II] emission tracing highly ionized gas throughout the arm's molecular layer. This ionized gas has a high density, n(e) 30 cm-3, and a few percent filling factor. We also find evidence for [C II] absorption by foreground gas.
Conclusions: [N II] and [C II] observations at the Scutum arm tangency reveal a highly ionized gas with average electron density about 10 to 20 times those of the interarm WIM, and is best explained by a model in which the interarm WIM is compressed as it falls into the potential well of the arm. The widespread distribution of [N II] in the molecular layers shows that high density ionized gas is distributed throughout the Scutum arm. The electron densities derived from [N II] for these molecular cloud regions are 30 cm-3, and probably arise in the ionized boundary layers of clouds. The [N II] detected in the molecular portion of the spiral arm arises from several cloud components with a combined total depth 8 pc. This [N II] emission most likely arises from ionized boundary layers, probably the result of the shock compression of the WIM as it impacts the arm's neutral gas, as well as from extended H II regions. 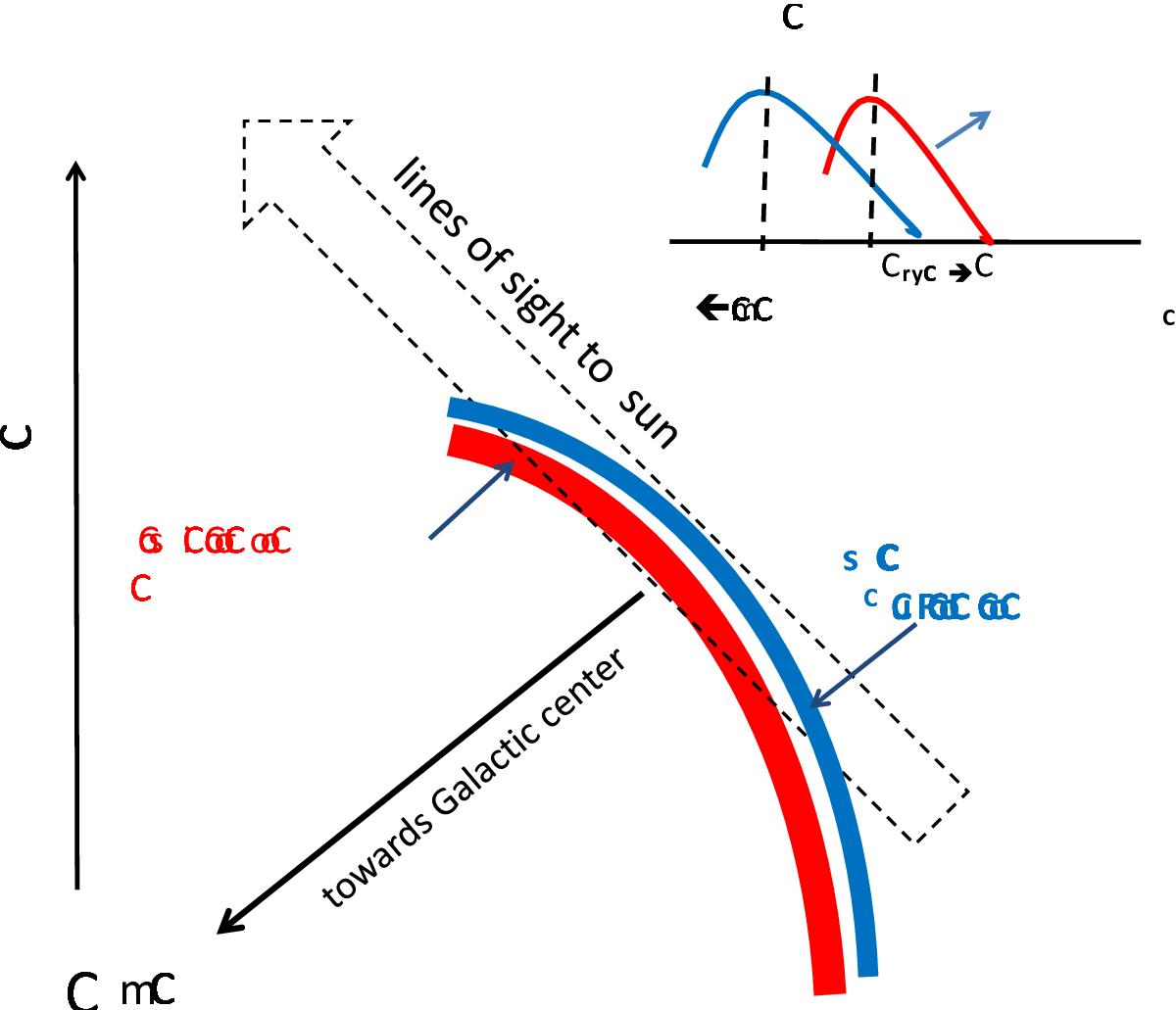