Gas dynamics in the inner few AU around the Herbig B[e] star MWC297. Indications of a disk wind from kinematic modeling and velocity-resolved interferometric imaging


Aims: Circumstellar accretion disks and outflows play an important role in star formation. By studying the continuum and Brγ-emitting region of the Herbig B[e] star MWC297 with high-spectral and high-spatial resolution we aim to gain insight into the wind-launching mechanisms in young stars.
Methods: We present near-infrared AMBER (R = 12 000) and CRIRES (R = 100 000) observations of the Herbig B[e] star MWC297 in the hydrogen Brγ-line. Using the VLTI unit telescopes, we obtained a uv-coverage suitable for aperture synthesis imaging. We interpret our velocity-resolved images as well as the derived two-dimensional photocenter displacement vectors, and fit kinematic models to our visibility and phase data in order to constrain the gas velocity field on sub-AU scales.
Results: The measured continuum visibilities constrain the orientation of the near-infrared-emitting dust disk, where we determine that the disk major axis is oriented along a position angle of 99.6 ± 4.8°. The near-infrared continuum emission is 3.6 × more compact than the expected dust-sublimation radius, possibly indicating the presence of highly refractory dust grains or optically thick gas emission in the inner disk. Our velocity-resolved channel maps and moment maps reveal the motion of the Brγ-emitting gas in six velocity channels, marking the first time that kinematic effects in the sub-AU inner regions of a protoplanetary disk could be directly imaged. We find a rotation-dominated velocity field, where the blue- and red-shifted emissions are displaced along a position angle of 24° ± 3° and the approaching part of the disk is offset west of the star. The visibility drop in the line as well as the strong non-zero phase signals can be modeled reasonably well assuming a Keplerian velocity field, although this model is not able to explain the 3σ difference that we measure between the position angle of the line photocenters and the position angle of the dust disk. We find that the fit can be improved by adding an outflowing component to the velocity field, as inspired by a magneto-centrifugal disk-wind scenario.
Conclusions: This study combines spectroscopy, spectroastrometry, and high-spectral dispersion interferometric, providing yet the tightest constraints on the distribution and kinematics of Brγ-emitting gas in the inner few AU around a young star. All observables can be modeled assuming a disk wind scenario. Our simulations show that adding a poloidal velocity component causes the perceived system axis to shift, offering a powerful new diagnostic for detecting non-Keplerian velocity components in other systems. 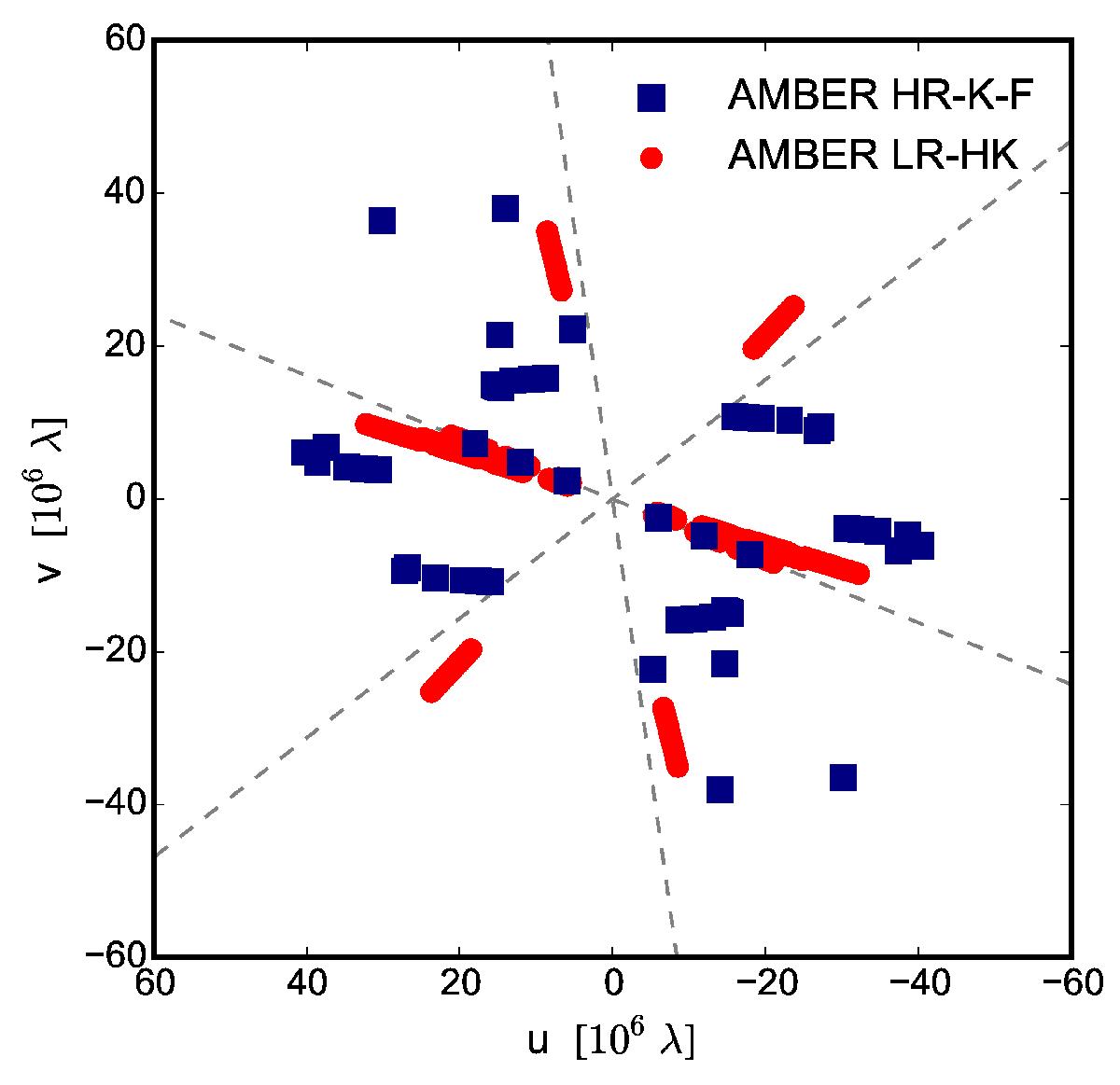