Context. The star V766 Cen (=HR 5171A) was originally classified as a yellow hypergiant but lately found to more likely be a 27-36 M⊙ red supergiant (RSG). Recent observations indicated a close eclipsing companion in the contact or common-envelope phase.
Aims: Here, we aim at imaging observations of V766 Cen to confirm the presence of the close companion.
Methods: We used near-infrared H-band aperture synthesis imaging at three epochs in 2014, 2016, and 2017, employing the PIONIER instrument at the Very Large Telescope Interferometer (VLTI).
Results: The visibility data indicate a mean Rosseland angular diameter of 4.1 ± 0.8 mas, corresponding to a radius of 1575 ± 400 R⊙. The data show an extended shell (MOLsphere) of about 2.5 times the Rosseland diameter, which contributes about 30% of the H-band flux. The reconstructed images at the 2014 epoch show a complex elongated structure within the photospheric disk with a contrast of about 10%. The second and third epochs show qualitatively and quantitatively different structures with a single very bright and narrow feature and high contrasts of 20-30%. This feature is located toward the south-western limb of the photospheric stellar disk. We estimate an angular size of the feature of 1.7 ± 0.3 mas, corresponding to a radius of 650 ± 150 R⊙, and giving a radius ratio of 0.42+0.35-0.10 compared to the primary stellar disk.
Conclusions: We interpret the images at the 2016 and 2017 epochs as showing the close companion, or a common envelope toward the companion, in front of the primary. At the 2014 epoch, the close companion is behind the primary and not visible. Instead, the structure and contrast at the 2014 epoch are typical of a single RSG harboring giant photospheric convection cells. The companion is most likely a cool giant or supergiant star with a mass of 5+15-3 M⊙.

Based on observations made with the VLT Interferometer at Paranal Observatory under programme IDs 092.D-0096, 092.C-0312, and 097.D-0286.Olivier Chesneau was PI of the program 092.D-0096. He unfortunately passed away before seeing the results coming out of it. This Letter may serve as a posthumous tribute to his inspiring work on this source. 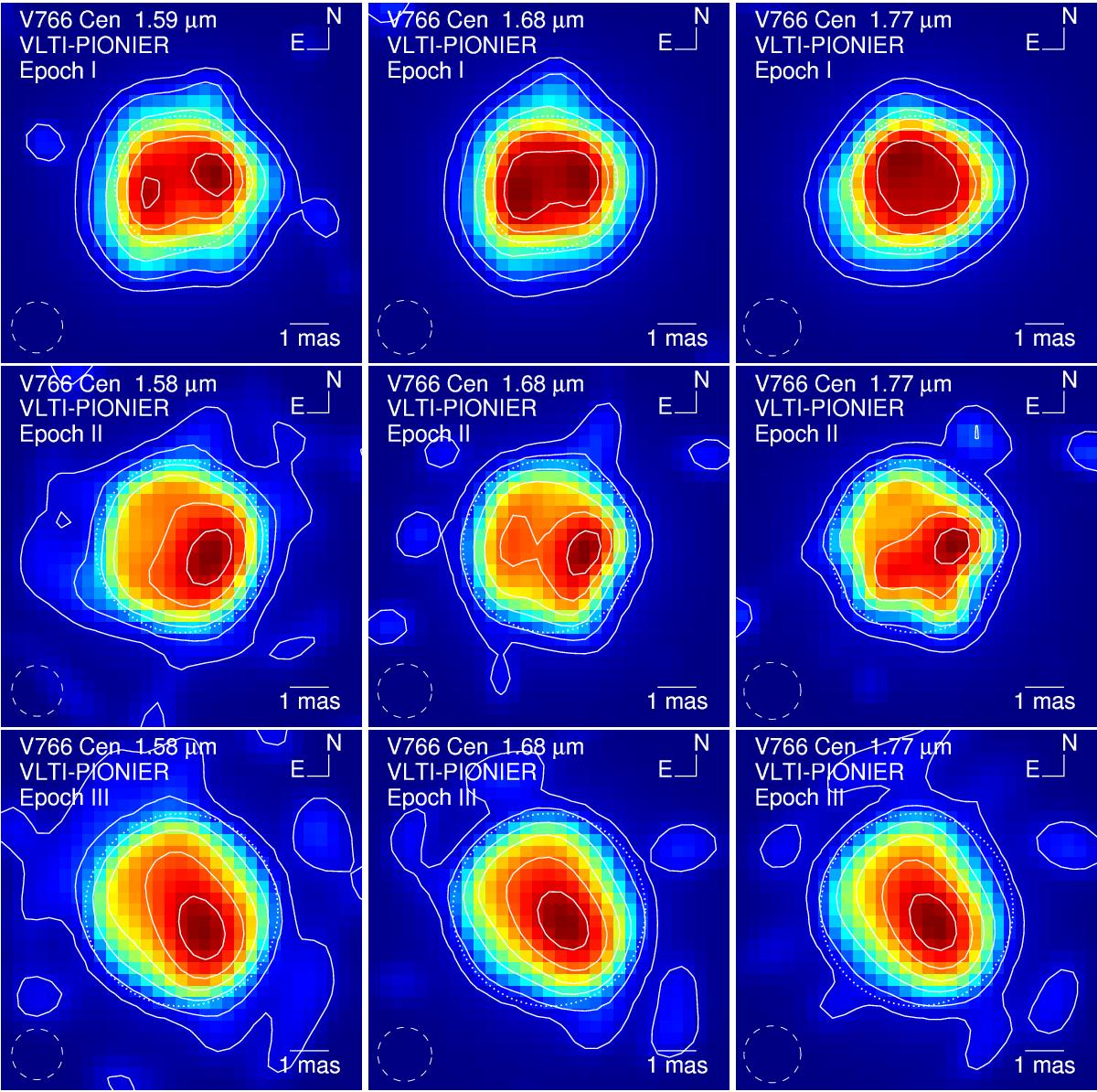