We report on a detailed study of the stellar populations and ionized gas properties in the merger LIRG NGC 2623, analyzing optical integral field spectroscopy from the CALIFA survey and PMAS LArr, multiwavelength HST imaging, and OSIRIS narrow band Hα and [NII]λ6584 imaging. The spectra were processed with the starlight full spectral fitting code, and the results are compared with those for two early-stage merger LIRGs (IC 1623 W and NGC 6090), together with CALIFA Sbc/Sc galaxies. We find that NGC 2623 went through two periods of increased star formation (SF), a first and widespread episode, traced by intermediate-age stellar populations ISP (140 Myr-1.4 Gyr), and a second one, traced by young stellar populations YSP (<140 Myr), which is concentrated in the central regions (<1.4 kpc). Our results are in agreement with the epochs of the first peri-center passage ( 200 Myr ago) and coalescence (<100 Myr ago) predicted by dynamical models, and with high-resolution merger simulations in the literature, consistent with NGC 2623 representing an evolved version of the early-stage mergers. Most ionized gas is concentrated within <2.8 kpc, where LINER-like ionization and high-velocity dispersion ( 220 km s-1) are found, consistent with the previously reported outflow. As revealed by the highest-resolution OSIRIS and HST data, a collection of HII regions is also present in the plane of the galaxy, which explains the mixture of ionization mechanisms in this system. It is unlikely that the outflow in NGC 2623 will escape from the galaxy, given the low SFR intensity ( 0.5 M⊙ yr-1 kpc-2), the fact that the outflow rate is three times lower than the current SFR, and the escape velocity in the central areas is higher than the outflow velocity. 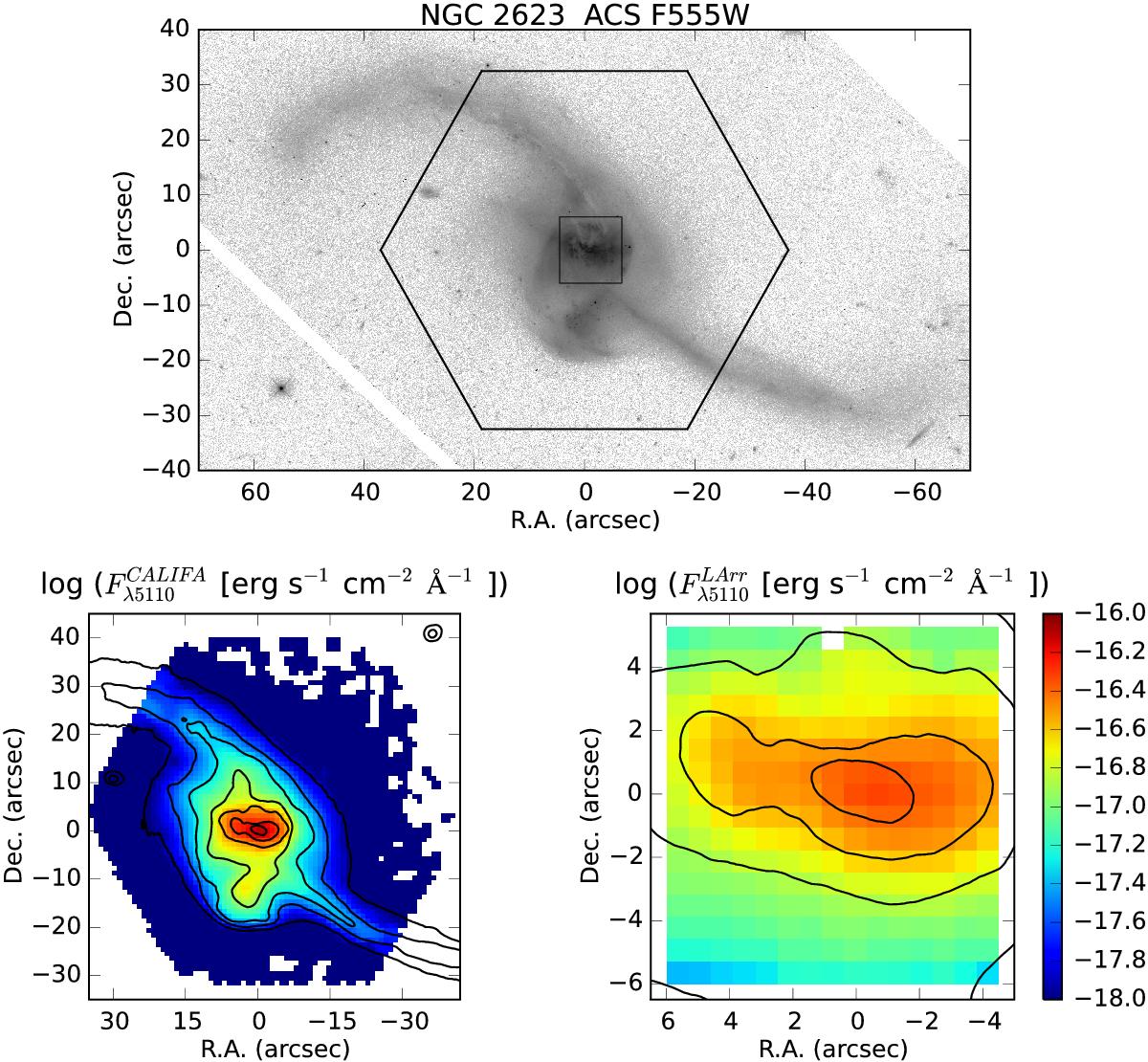