The GAPS Programme with HARPS-N at TNG. XV. A substellar companion around a K giant star identified with quasi-simultaneous HARPS-N and GIANO measurements

Context. Identification of planetary companions of giant stars is made difficult because of the astrophysical noise, that may produce radial velocity variations similar to those induced by a companion. On the other hand any stellar signal is wavelength dependent, while signals due to a companion are achromatic.
Aims: Our goal is to determine the origin of the Doppler periodic variations observed in the thick disk K giant star TYC 4282-605-1 by HARPS-N at the Telescopio Nazionale Galileo (TNG) and verify if they can be due to the presence of a substellar companion.
Methods: Several methods have been used to exclude the stellar origin of the observed signal including detailed analysis of activity indicators and bisector and the analysis of the photometric light curve. Finally we have conducted an observational campaign to monitor the near infrared (NIR) radial velocity with GIANO at the TNG in order to verify whether the NIR amplitude variations are comparable with those observed in the visible.
Results: Both optical and NIR radial velocities show consistent variations with a period at 101 days and similar amplitude, pointing to the presence of a companion orbiting the target. The main orbital properties obtained for our giant star with a derived mass of M = 0.97 ± 0.03M⊙ are MPsini = 10.78 ± 0.12MJ; P = 101.54 ± 0.05 days; e = 0.28 ± 0.01 and a = 0.422 ± 0.009 AU. The chemical analysis shows a significant enrichment in the abundance of Na I, Mg I, Al I and Si I while the rest of analyzed elements are consistent with the solar value demonstrating that the chemical composition corresponds with an old K giant (age = 10.1 Gyr) belonging to local thick disk.
Conclusions: We conclude that the substellar companion hypothesis for this K giant is the best explanation for the observed periodic radial velocity variation. This study also shows the high potential of multi-wavelength radial velocity observations for the validation of planet candidates.

Based on observations collected at the Italian Telescopio Nazionale Galileo (TNG), operated on the island of La Palma by the Fundación Galileo Galilei of the INAF (Istituto Nazionale di Astrofisica) at the Spanish Observatorio del Roque de los Muchachos of the Instituto de Astrofísica de Canarias, in the frame of the programme Global Architecture of Planetary Systems (GAPS). 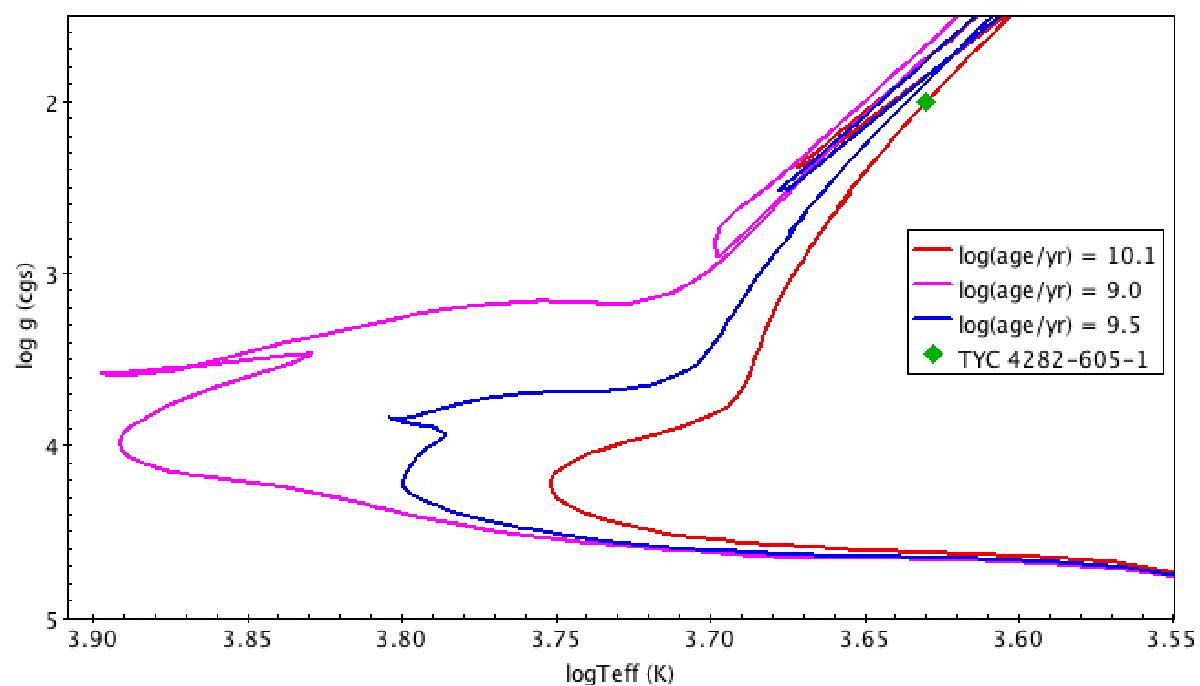