AGN feedback on molecular gas reservoirs in quasars at z 2.4

We present new ALMA observations aimed at mapping molecular gas reservoirs through the CO(3-2) transition in three quasars at z ≃ 2.4, LBQS 0109+0213, 2QZ J002830.4-281706, and [HB89] 0329-385. Previous [Oiii]λ5007 observations of these quasars showed evidence for ionised outflows quenching star formation in their host galaxies. Systemic CO(3-2) emission has been detected only in one quasar, LBQS 0109+0213, where the CO(3-2) emission is spatially anti-correlated with the ionised outflow, suggesting that most of the molecular gas may have been dispersed or heated in the region swept by the outflow. In all three sources, including the one detected in CO, our constraints on the molecular gas mass indicate a significantly reduced reservoir compared to main-sequence galaxies at the same redshift, supporting a negative feedback scenario. In the quasar 2QZ J002830.4-281706, we tentatively detect an emission line blob blue-shifted by v - 2000 km s-1 with respect to the galaxy systemic velocity and spatially offset by 0.2'' (1.7 kpc) with respect to the ALMA continuum peak. Interestingly, such emission feature is coincident in both velocity and space with the ionised outflow as seen in [Oiii]λ5007. This tentative detection must be confirmed with deeper observations but, if real, it could represent the molecular counterpart of the ionised gas outflow driven by the Active Galactic Nucleus (AGN). Finally, in all ALMA maps we detect the presence of serendipitous line emitters within a projected distance 160 kpc from the quasars. By identifying these features with the CO(3-2) transition, we find that the serendipitous line emitters would be located within | Δv | < 500 km s-1 from the quasars, hence suggesting an overdensity of galaxies in two out of three quasars. 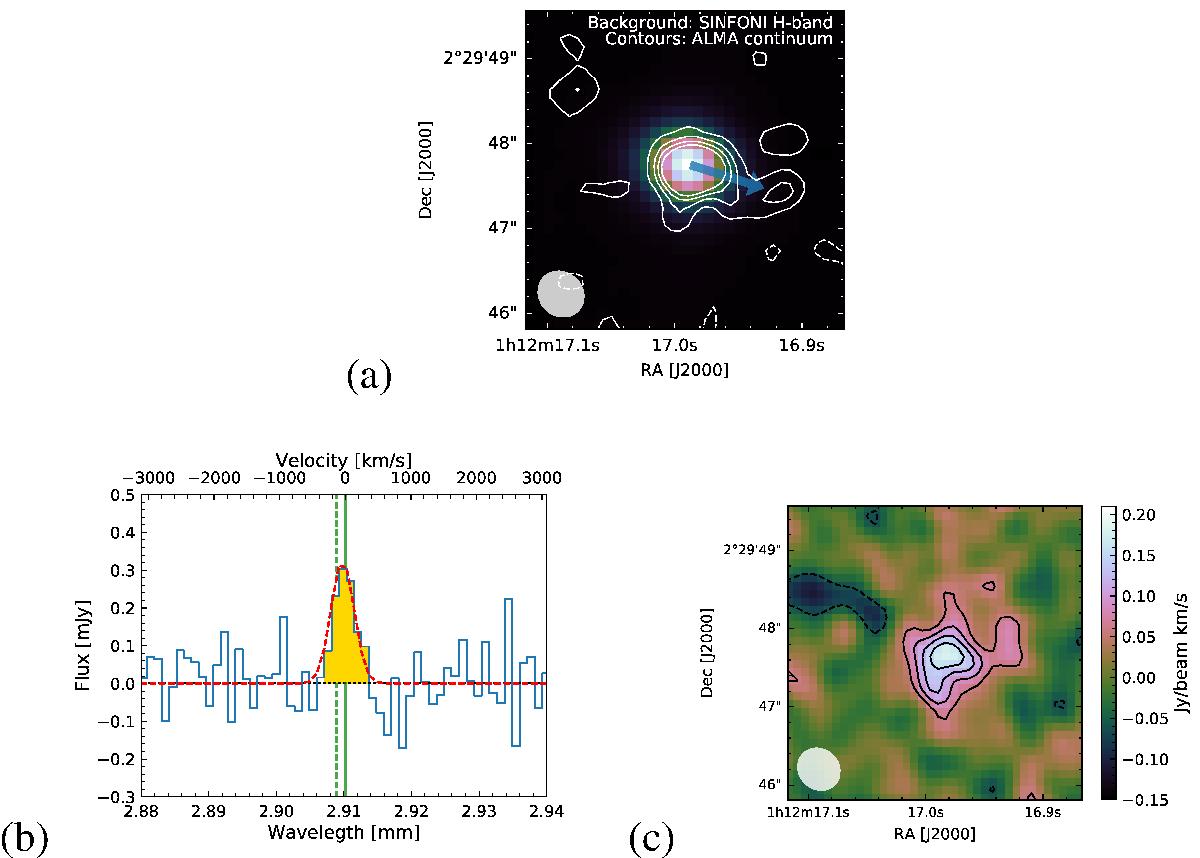