Aims: With the purpose of performing a homogeneous determination of elemental abundances for members of the Lupus T association, we analyzed three chemical elements: lithium, iron, and barium. The aims were: 1) to derive the lithium abundance for the almost complete sample ( 90%) of known class II stars in the Lupus I, II, III, and IV clouds; 2) to perform chemical tagging of a region where few iron abundance measurements have been obtained in the past, and no determination of the barium content has been done up to now. We also investigated possible barium enhancement at the very young age of the region, as this element has become increasingly interesting in the last few years following the evidence of barium over-abundance in young clusters, the origin of which is still unknown.
Methods: Using the X-shooter spectrograph mounted on the Unit 2 (UT2) at the Very Large Telescope (VLT), we analyzed the spectra of 89 cluster members, both class II (82) and class III (7) stars. We measured the strength of the lithium line at λ6707.8 Å and derived the abundance of this element through equivalent width measurements and curves of growth. For six class II stars we also derived the iron and barium abundances using the spectral synthesis method and the code MOOG. The veiling contribution was taken into account in the abundance analysis for all three elements.
Results: We find a dispersion in the strength of the lithium line at low effective temperatures and identify three targets with severe Li depletion. The nuclear age inferred for these highly lithium-depleted stars is around 15 Myr, which exceeds by an order of magnitude the isochronal one. We derive a nearly solar metallicity for the members whose spectra could be analyzed. We find that Ba is over-abundant by 0.7 dex with respect to the Sun. Since current theoretical models cannot reproduce this abundance pattern, we investigated whether this unusually large Ba content might be related to effects due to stellar parameters, stellar activity, and accretion.
Conclusions: We are unable to firmly assess whether the dispersion in the lithium content we observe is a consequence of an age spread. As in other star-forming regions, no metal-rich members are found in Lupus, giving support to a recent hypothesis that the iron abundance distribution of most of the nearby young regions could be the result of a common and widespread star formation episode involving the Galactic thin disk. Among the possible causes or sources for Ba enhancement examined here, none is sufficient to account for the over-abundance of this element at a 0.7 dex level. 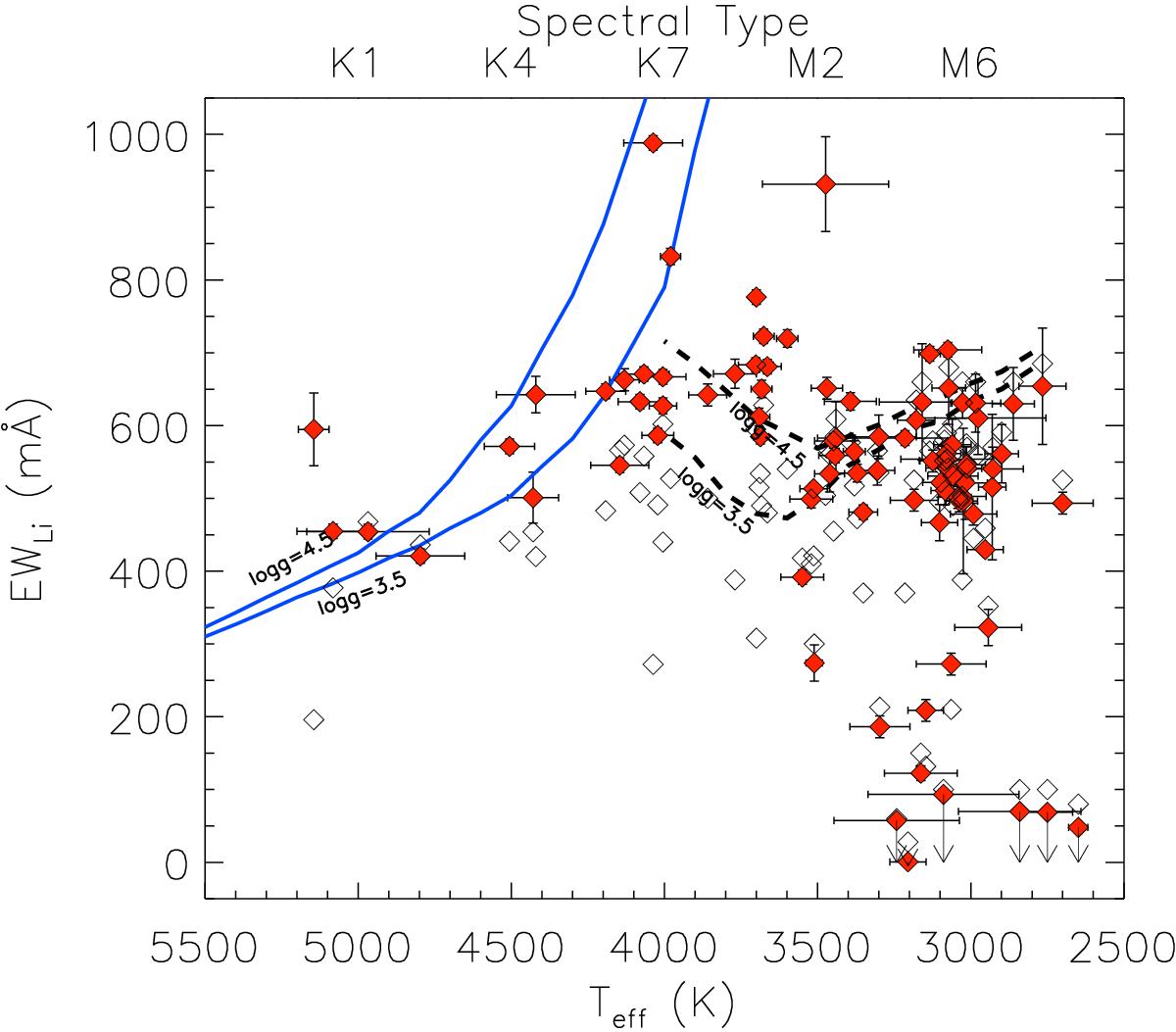