Context. Solar ultraviolet (UV) bursts are small-scale features that exhibit intermittent brightenings that are thought to be due to magnetic reconnection. They are observed abundantly in the chromosphere and transition region, in particular in active regions.
Aims: We investigate in detail a UV burst related to a magnetic feature that is advected by the moat flow from a sunspot towards a pore. The moving feature is parasitic in that its magnetic polarity is opposite to that of the spot and the pore. This comparably simple photospheric magnetic field distribution allows for an unambiguous interpretation of the magnetic geometry leading to the onset of the observed UV burst.
Methods: We used UV spectroscopic and slit-jaw observations from the Interface Region Imaging Spectrograph (IRIS) to identify and study chromospheric and transition region spectral signatures of said UV burst. To investigate the magnetic topology surrounding the UV burst, we used a two-hour-long time sequence of simultaneous line-of-sight magnetograms from the Helioseismic and Magnetic Imager (HMI) and performed data-driven 3D magnetic field extrapolations by means of a magnetofrictional relaxation technique. We can connect UV burst signatures to the overlying extreme UV (EUV) coronal loops observed by the Atmospheric Imaging Assembly (AIA).
Results: The UV burst shows a variety of extremely broad line profiles indicating plasma flows in excess of ±200 km s-1 at times. The whole structure is divided into two spatially distinct zones of predominantly up- and downflows. The magnetic field extrapolations show a persistent fan-spine magnetic topology at the UV burst. The associated 3D magnetic null point exists at a height of about 500 km above the photosphere and evolves co-spatially with the observed UV burst. The EUV emission at the footpoints of coronal loops is correlated with the evolution of the underlying UV burst.
Conclusions: The magnetic field around the null point is sheared by photospheric motions, triggering magnetic reconnection that ultimately powers the observed UV burst and energises the overlying coronal loops. The location of the null point suggests that the burst is triggered low in the solar chromosphere.

Movies associated to Figs. 2 and 4 are available at http://www.aanda.org 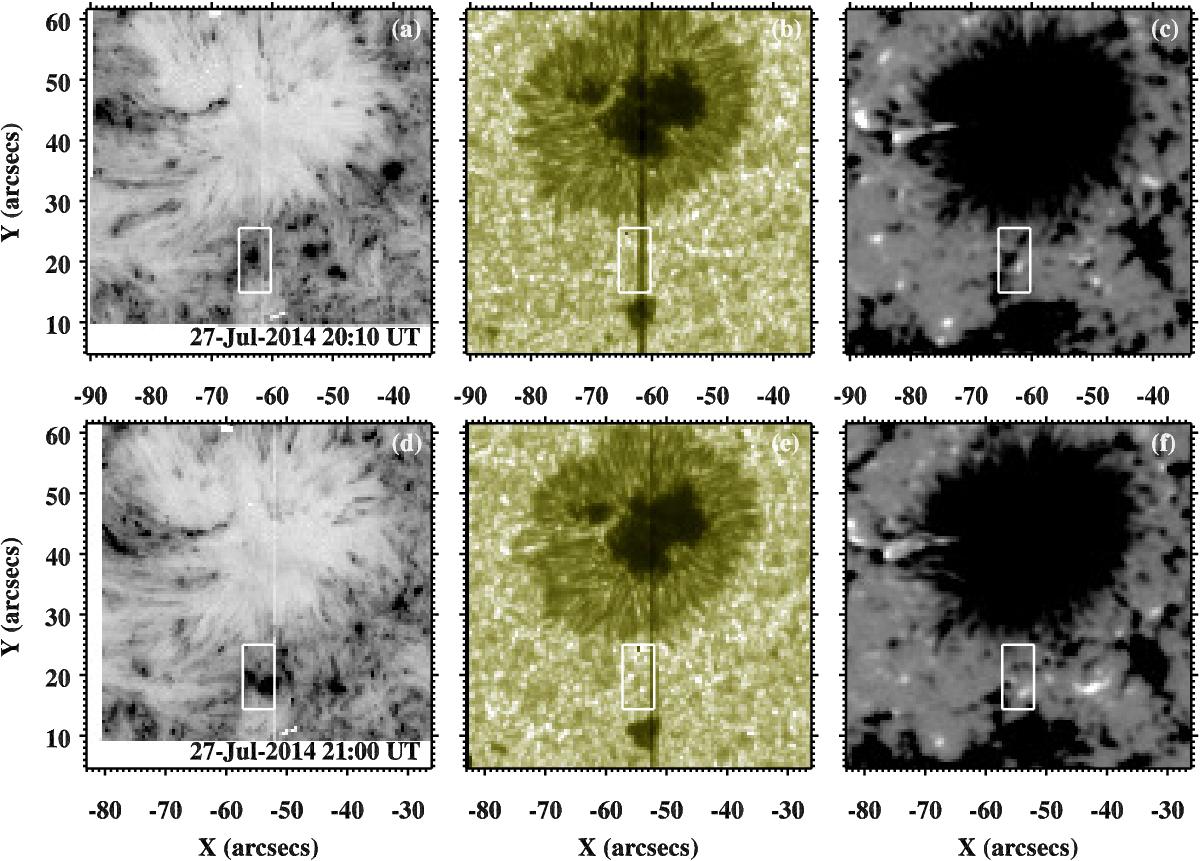