Aims: The purpose of this work is the characterization of the radial distribution of dust, stars, gas, and star-formation rate (SFR) in a sub-sample of 18 face-on spiral galaxies extracted from the DustPedia sample.
Methods: This study is performed by exploiting the multi-wavelength DustPedia database, from ultraviolet (UV) to sub-millimeter bands, in addition to molecular (12CO) and atomic (Hi) gas maps and metallicity abundance information available in the literature. We fitted the surface-brightness profiles of the tracers of dust and stars, the mass surface-density profiles of dust, stars, molecular gas, and total gas, and the SFR surface-density profiles with an exponential curve and derived their scale-lengths. We also developed a method to solve for the CO-to-H2 conversion factor (αCO) per galaxy by using dust- and gas-mass profiles.
Results: Although each galaxy has its own peculiar behavior, we identified a common trend of the exponential scale-lengths versus wavelength. On average, the scale-lengths normalized to the B-band 25 mag/arcsec2 radius decrease from UV to 70 μm, from 0.4 to 0.2, and then increase back up to 0.3 at 500 microns. The main result is that, on average, the dust-mass surface-density scale-length is about 1.8 times the stellar one derived from IRAC data and the 3.6 μm surface brightness, and close to that in the UV. We found a mild dependence of the scale-lengths on the Hubble stage T: the scale-lengths of the Herschel bands and the 3.6 μm scale-length tend to increase from earlier to later types, the scale-length at 70 μm tends to be smaller than that at longer sub-mm wavelength with ratios between longer sub-mm wavelengths and 70 μm that decrease with increasing T. The scale-length ratio of SFR and stars shows a weak increasing trend towards later types. Our αCO determinations are in the range (0.3-9) M⊙ pc-2 (K km s-1)-1, almost invariant by using a fixed dust-to-gas ratio mass (DGR) or a DGR depending on metallicity gradient. 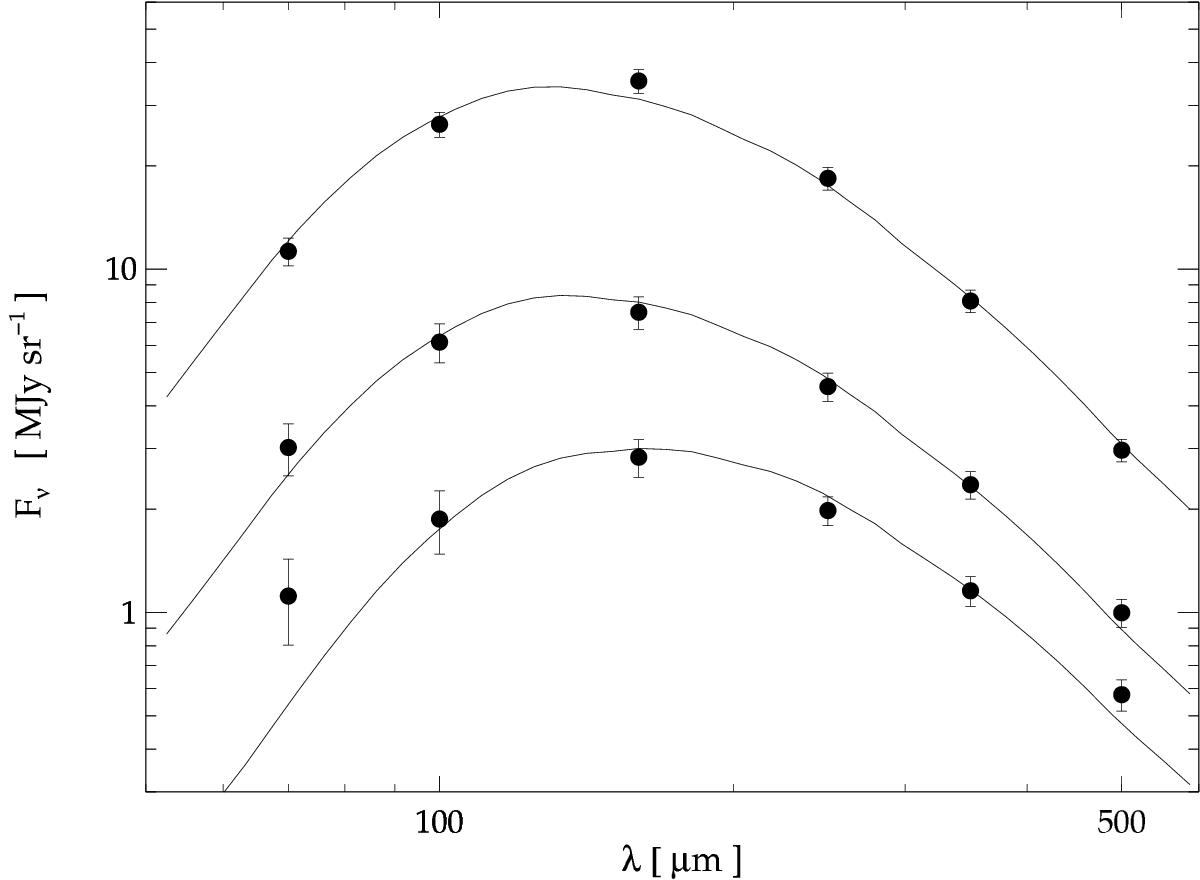