Abundances of Na, Mg, and K in the atmospheres of red giant branch stars of Galactic globular cluster 47 Tucanae


Aims: We study the abundances of Na, Mg, and K in the atmospheres of 32 red giant branch (RGB) stars in the Galactic globular cluster (GGC) 47 Tuc, with the goal to investigate the possible existence of Na-K and Mg-K correlations/anti-correlations, similar to those that were recently discovered in two other GGCs, NGC 2419 and 2808.
Methods: The abundances of K, Na, and Mg were determined using high-resolution 2dF/HERMES spectra obtained with the Anglo-Australian Telescope (AAT). The one-dimensional (1D) NLTE abundance estimates were obtained using 1D hydrostatic ATLAS9 model atmospheres and spectral line profiles synthesized with the MULTI package. We also used three-dimensional (3D) hydrodynamical CO5BOLD and 1D hydrostatic LHD model atmospheres to compute 3D-1D LTE abundance corrections, Δ3D - 1D LTE, for the spectral lines of Na, Mg, and K used in our study. These abundance corrections were used to understand the role of convection in the formation of spectral lines, as well as to estimate the differences in the abundances obtained with the 3D hydrodynamical and 1D hydrostatic model atmospheres.
Results: The average element-to-iron abundance ratios and their RMS variations due to star-to-star abundance spreads determined in our sample of RGB stars were ⟨ [ Na / Fe ] ⟩ 1D NLTE = 0.42 ± 0.13, ⟨ [ Mg / Fe ] ⟩ 1D NLTE = 0.41 ± 0.11, and ⟨ [ K / Fe ] ⟩ 1D NLTE = 0.05 ± 0.14. We found no statistically significant relations between the abundances of the three elements studied here. Also, there were no abundance trends with the distance from the cluster center, nor any statistically significant relations between the abundance/abundance ratios and absolute radial velocities of individual stars. All these facts suggest the similarity of K abundance in stars that belong to different generations in 47 Tuc which, in turn, may hint that evolution of K in this particular cluster was unrelated to the nucleosynthesis of Na and/or Mg. 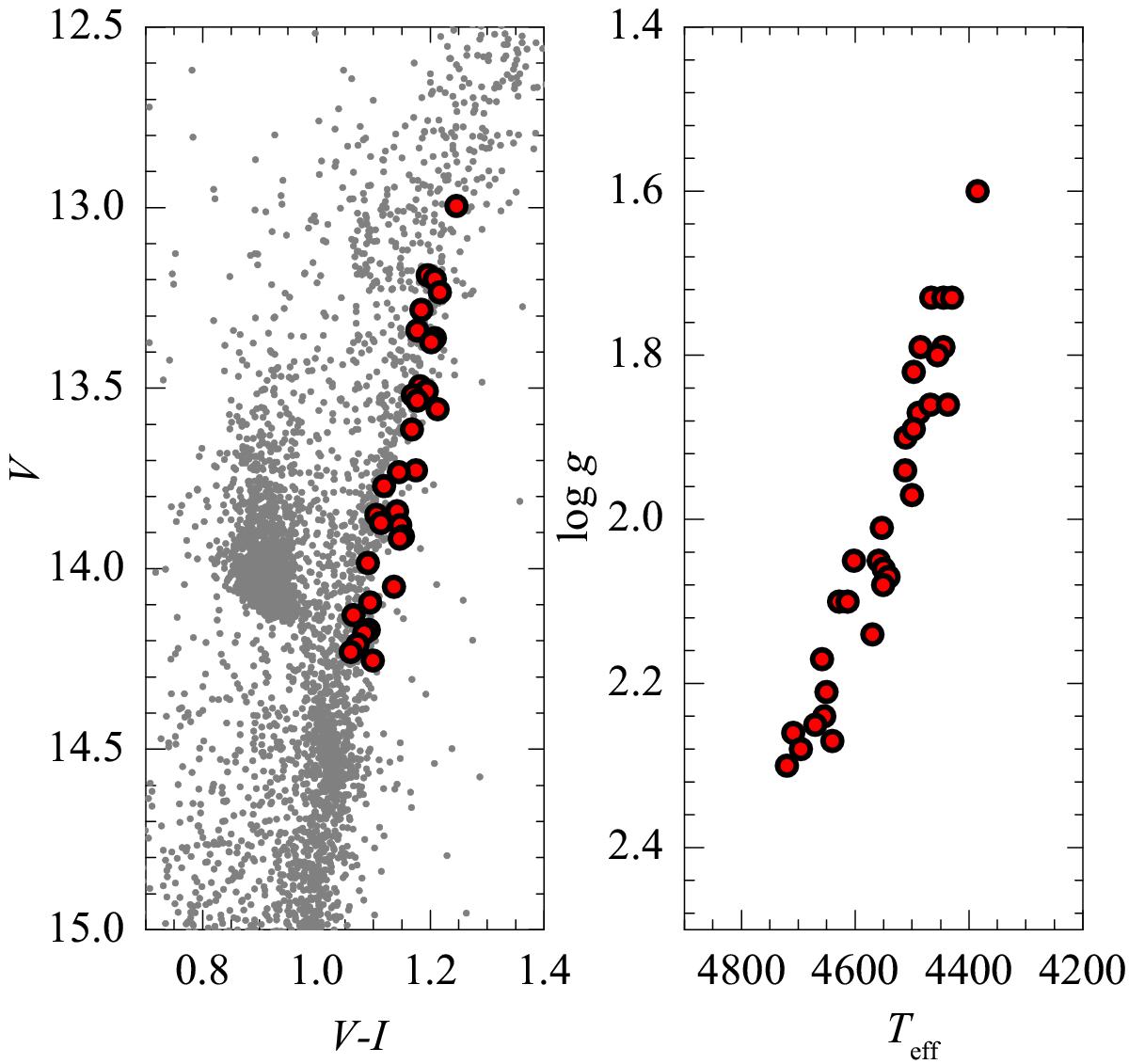