The chemistry of episodic accretion in embedded objects. 2D radiation thermo-chemical models of the post-burst phase

Context. Episodic accretion is an important process in the evolution of young stars and their environment. The observed strong luminosity bursts of young stellar objects likely have a long lasting (I.e. longer than the burst duration) impact on the chemical evolution of the disk and envelope of young stars.
Aims: We aim to investigate the observational signatures of the chemical evolution in the post-burst phase for embedded sources. With such signatures it is possible to identify targets that experienced a recent luminosity burst.
Methods: We present a new model for the chemistry of episodic accretion based on the two dimensional, radiation thermo-chemical disk code PRODIMO (PROtoplanetary DIsk MOdel). We have extended PRODIMO with a proper treatment for envelope structures. For a representative Class I model, we calculated the chemical abundances in the post-burst phase and produced synthetic observables such as intensity maps and radial intensity profiles.
Results: During a burst, many chemical species, such as CO, sublimate from the dust surfaces. As the burst ends they freeze out again (post-burst phase). This freeze-out happens from inside-out due to the radial density gradient in the disk and envelope structure. This inside-out freeze-out produces clear observational signatures in spectral line emission, such as rings and distinct features in the slope of radial intensity profiles. We fitted synthetic C18O J = 2-1 observations with single and two component fits and find that post-burst images are much better matched by the latter. Comparing the quality of such fits therefore allows identification of post-burst targets in a model-independent way.
Conclusions: Our models confirm that it is possible to identify post-burst objects from spatially resolved CO observations. However, to derive proper statistics, such as the strength and frequencies of bursts, from observations it is important to consider the inclination and structure of the target and dust properties, as these have a significant impact on the freeze-out timescale. 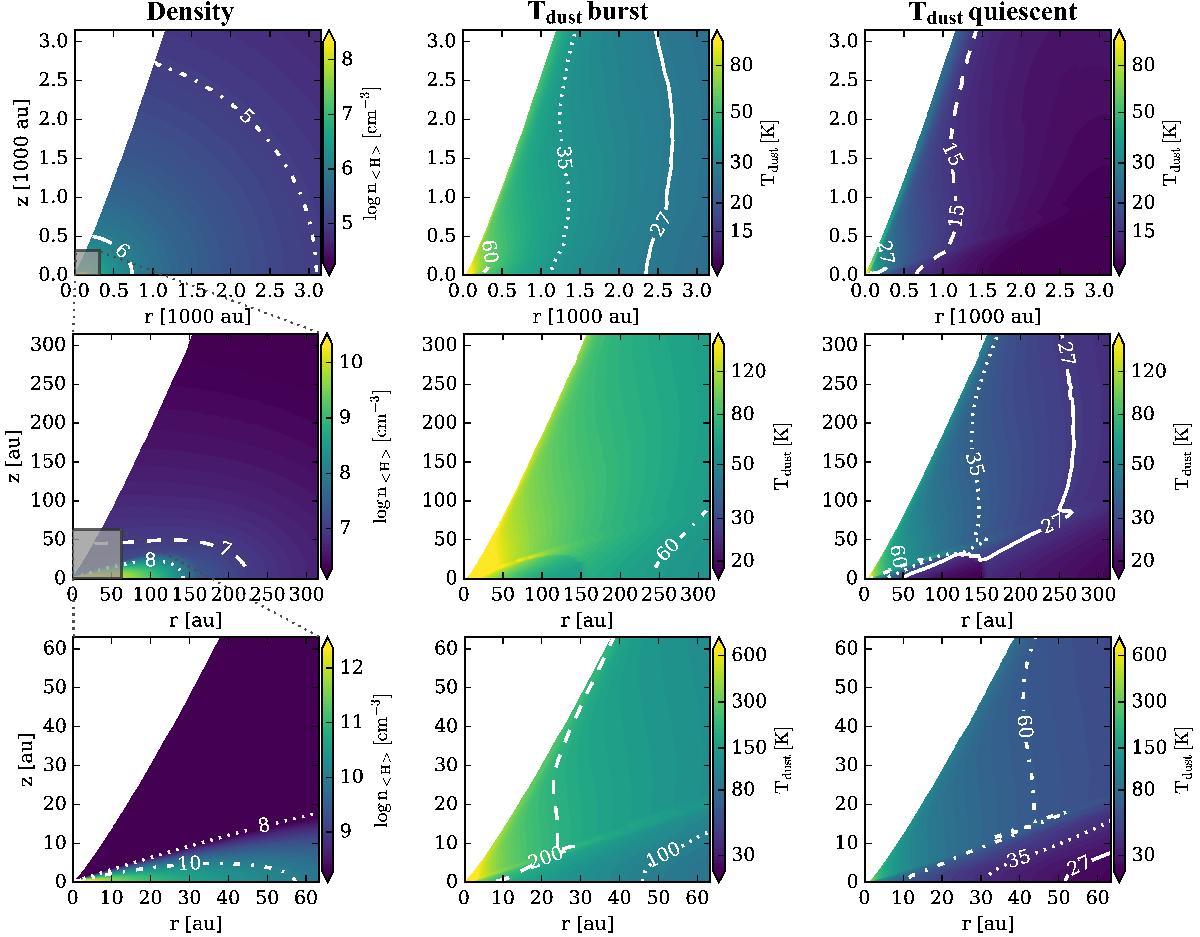