Pre-stellar cores represent the initial conditions in the process of star and planet formation, therefore it is important to study their physical and chemical structure. Because of their volatility, nitrogen-bearing molecules are key to study the dense and cold gas present in pre-stellar cores. The NH3 rotational transition detected with Herschel-HIFI provides a unique combination of sensitivity and spectral resolution to further investigate physical and chemical processes in pre-stellar cores. Here we present the velocity-resolved Herschel-HIFI observations of the ortho-NH3(10 - 00) line at 572 GHz and study the abundance profile of ammonia across the pre-stellar core L1544 to test current theories of its physical and chemical structure. Recently calculated collisional coefficients have been included in our non-LTE radiative transfer code to reproduce Herschel observations. A gas-grain chemical model, including spin-state chemistry and applied to the (static) physical structure of L1544 is also used to infer the abundance profile of ortho-NH3. The hyperfine structure of ortho-NH3(10 - 00) is resolved for the first time in space. All the hyperfine components are strongly self-absorbed. The profile can be reproduced if the core is contracting in quasi-equilibrium, consistent with previous work, and if the NH3 abundance is slightly rising toward the core centre, as deduced from previous interferometric observations of para-NH3(1, 1). The chemical model overestimates the NH3 abundance at radii between ≃4000 and 15 000 AU by about two orders of magnitude and underestimates the abundance toward the core centre by more than one order of magnitude. Our observations show that chemical models applied to static clouds have problems in reproducing NH3 observations.

Based on observations carried out with Herschel, an ESA space observatory with science instruments provided by a European-led Principal Investigator consortium and with important participation from NASA. 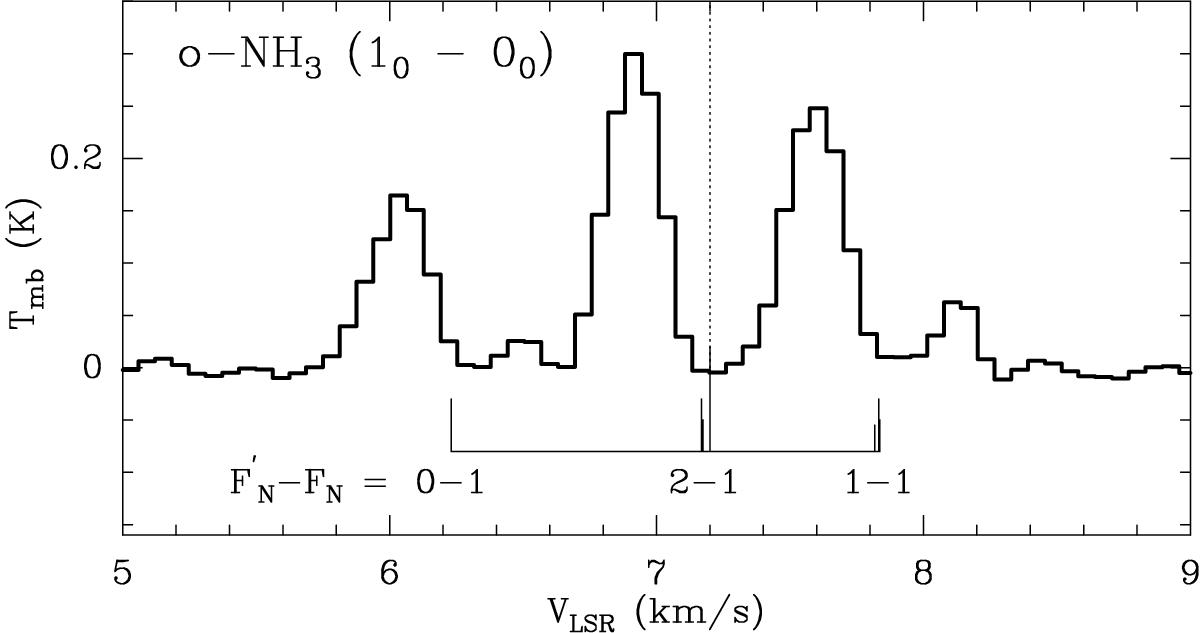