Context. EIT waves are freely-propagating global pulses in the low corona which are strongly associated with the initial evolution of coronal mass ejections (CMEs). They are thought to be large-amplitude, fast-mode magnetohydrodynamic waves initially driven by the rapid expansion of a CME in the low corona.
Aims: An EIT wave was observed on 6 July 2012 to impact an adjacent trans-equatorial loop system which then exhibited a decaying oscillation as it returned to rest. Observations of the loop oscillations were used to estimate the magnetic field strength of the loop system by studying the decaying oscillation of the loop, measuring the propagation of ubiquitous transverse waves in the loop and extrapolating the magnetic field from observed magnetograms.
Methods: Observations from the Atmospheric Imaging Assembly onboard the Solar Dynamics Observatory (SDO/AIA) and the Coronal Multi-channel Polarimeter (CoMP) were used to study the event. An Empirical Mode Decomposition analysis was used to characterise the oscillation of the loop system in CoMP Doppler velocity and line width and in AIA intensity.
Results: The loop system was shown to oscillate in the 2nd harmonic mode rather than at the fundamental frequency, with the seismological analysis returning an estimated magnetic field strength of ≈ 5.5 ± 1.5 G. This compares to the magnetic field strength estimates of ≈1-9 G and ≈3-9 G found using the measurements of transverse wave propagation and magnetic field extrapolation respectively.

A movie associated to Figs. 1 and 2 is available at http://www.aanda.org 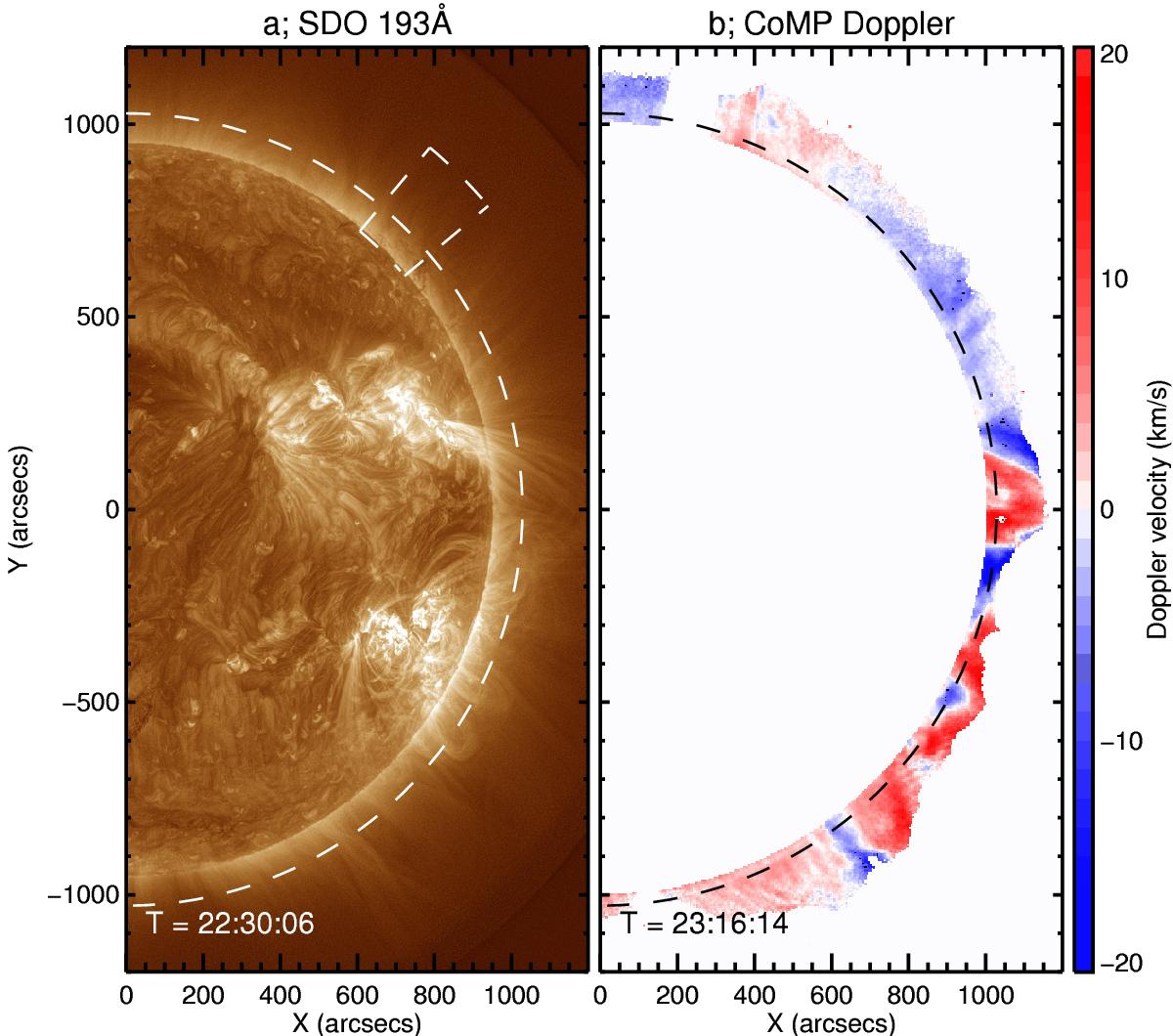