Gaia-ESO Survey: Global properties of clusters Trumpler 14 and 16 in the Carina nebula


Aims: We present the first extensive spectroscopic study of the global population in star clusters Trumpler 16, Trumpler 14, and Collinder 232 in the Carina nebula, using data from the Gaia-ESO Survey, down to solar-mass stars.
Methods: In addition to the standard homogeneous survey data reduction, a special processing was applied here because of the bright nebulosity surrounding Carina stars.
Results: We find about 400 good candidate members ranging from OB types down to slightly subsolar masses. About 100 heavily reddened early-type Carina members found here were previously unrecognized or poorly classified, including two candidate O stars and several candidate Herbig Ae/Be stars. Their large brightness makes them useful tracers of the obscured Carina population. The spectroscopically derived temperatures for nearly 300 low-mass members enables the inference of individual extinction values and the study of the relative placement of stars along the line of sight.
Conclusions: We find a complex spatial structure with definite clustering of low-mass members around the most massive stars and spatially variable extinction. By combining the new data with existing X-ray data, we obtain a more complete picture of the three-dimensional spatial structure of the Carina clusters and of their connection to bright and dark nebulosity and UV sources. The identification of tens of background giants also enables us to determine the total optical depth of the Carina nebula along many sightlines. We are also able to put constraints on the star formation history of the region with Trumpler 14 stars found to be systematically younger than stars in other subclusters. We find a large percentage of fast-rotating stars among Carina solar-mass members, which provide new constraints on the rotational evolution of pre-main-sequence stars in this mass range. 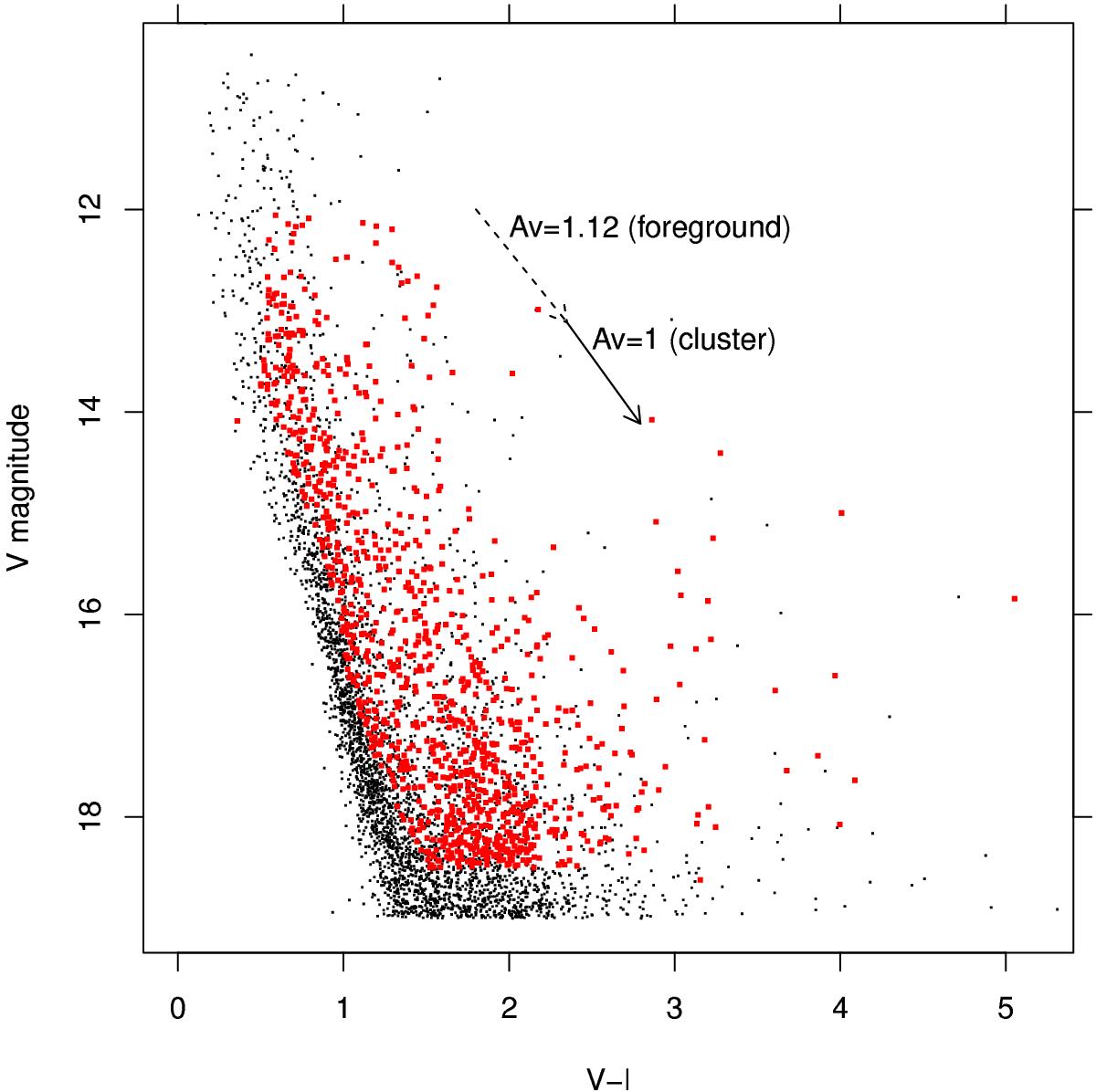