We present the first optical observation of the microquasar SS 433 at sub-milliarcsecond (mas) scale obtained with the GRAVITY instrument on the Very Large Telescope interferometer (VLTI). The 3.5-h exposure reveals a rich K-band spectrum dominated by hydrogen Brγand He I lines, as well as (red-shifted)emission lines coming from the jets. The K-band-continuum-emitting region is dominated by a marginally resolved point source (<1 mas) embedded inside a diffuse background accounting for 10% of the total flux. The jet line positions agree well with the ones expected from the jet kinematic model, an interpretation also supported by the consistent sign (i.e., negative/positive for the receding/approaching jet component) of the phase shifts observed in the lines. The significant visibility drop across the jet lines, together with the small and nearly identical phases for all baselines, point toward a jet that is offset by less than 0.5 mas from the continuum source and resolved in the direction of propagation, with a typical size of 2 mas. The jet position angle of ~80° is consistent with the expected one at the observation date. Jet emission so close to the central binary system would suggest that line locking, if relevant to explain the amplitude and stability of the 0.26c jet velocity, operates on elements heavier than hydrogen. The Brγprofile is broad and double peaked. It is better resolved than the continuum and the change of the phase signal sign across the line on all baselines suggests an East-West-oriented geometry similar to the jet direction and supporting a (polar) disk wind origin.

Based on observations made with VLTI/Gravity instrument. 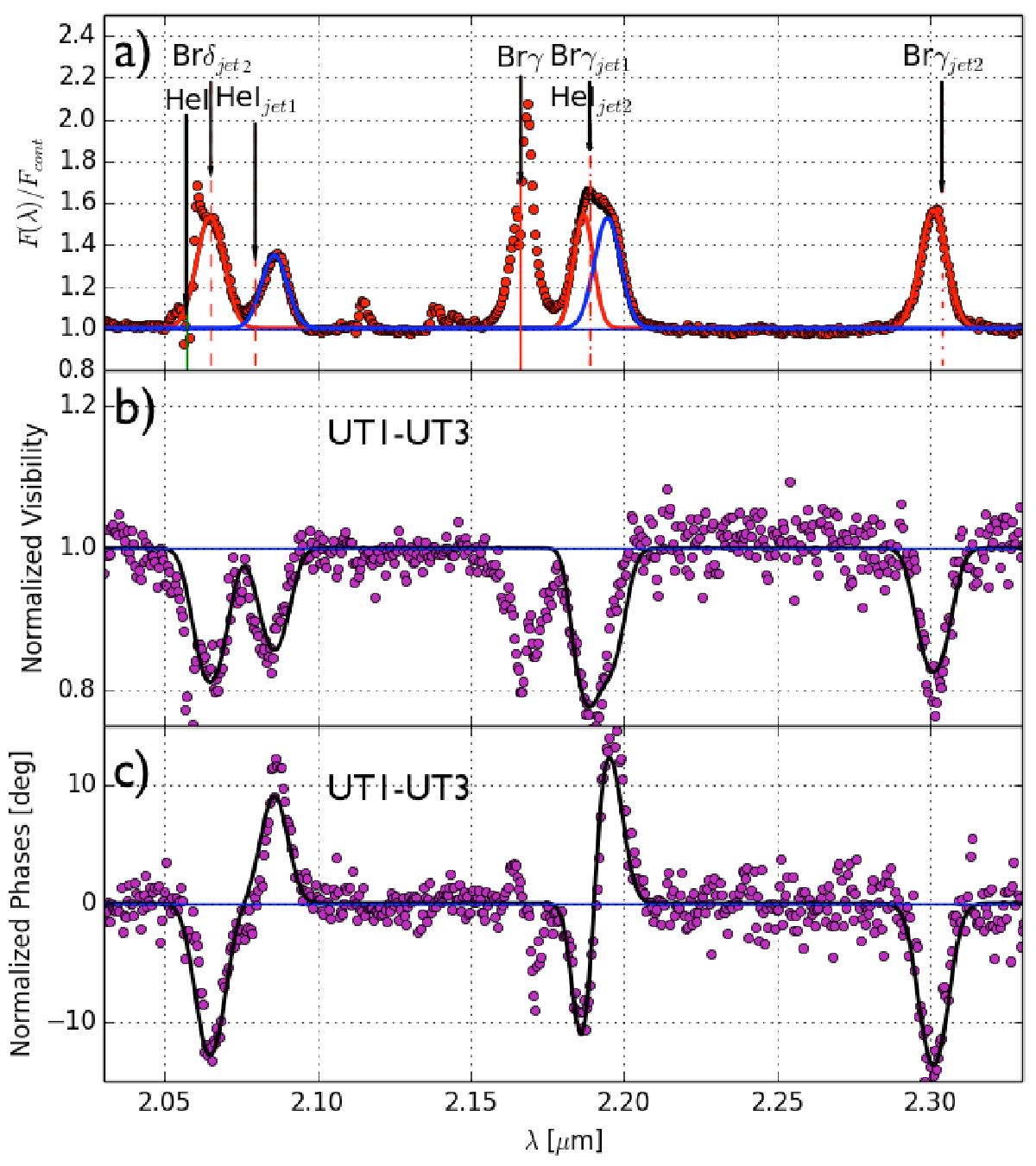