Angpow: a software for the fast computation of accurate tomographic power spectra


Aims: The statistical distribution of galaxies is a powerful probe to constrain cosmological models and gravity. In particular, the matter power spectrum P(k) provides information about the cosmological distance evolution and the galaxy clustering. However the building of P(k) from galaxy catalogs requires a cosmological model to convert angles on the sky and redshifts into distances, which leads to difficulties when comparing data with predicted P(k) from other cosmological models, and for photometric surveys like the Large Synoptic Survey Telescope (LSST). The angular power spectrum Cℓ(z1,z2) between two bins located at redshift z1 and z2 contains the same information as the matter power spectrum, and is free from any cosmological assumption, but the prediction of Cℓ(z1,z2) from P(k) is a costly computation when performed precisely.
Methods: The Angpow software aims at quickly and accurately computing the auto (z1 = z2) and cross (z1 ≠ z2) angular power spectra between redshift bins. We describe the developed algorithm based on developments on the Chebyshev polynomial basis and on the Clenshaw-Curtis quadrature method. We validate the results with other codes, and benchmark the performance.
Results: Angpow is flexible and can handle any user-defined power spectra, transfer functions, and redshift selection windows. The code is fast enough to be embedded inside programs exploring large cosmological parameter spaces through the Cℓ(z1,z2) comparison with data. We emphasize that the Limber's approximation, often used to speed up the computation, gives incorrect Cℓ values for cross-correlations.

The C++ code is available from https://gitlab.in2p3.fr/campagne/AngPow 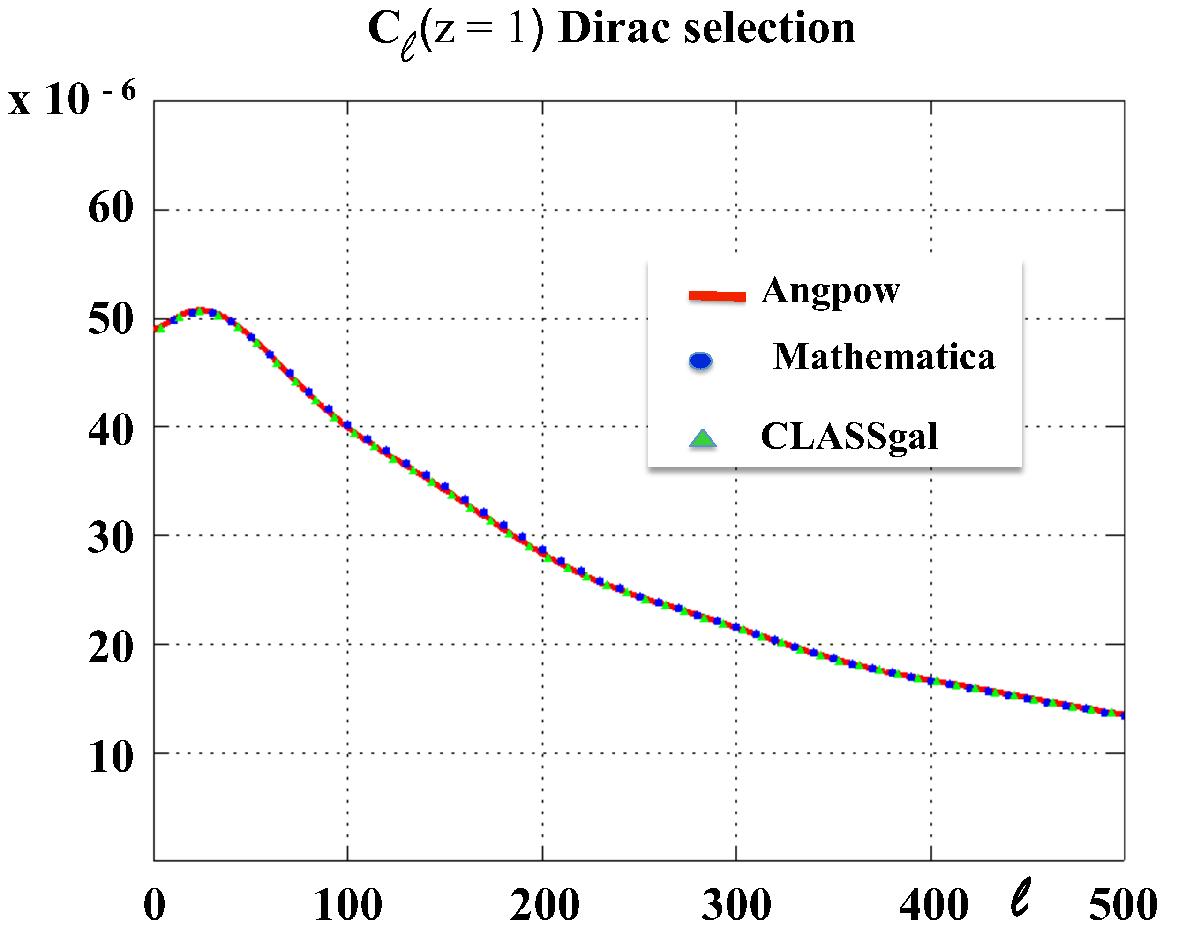