Aims: A homogeneous determination of basic stellar parameters of young stellar object (YSO) candidates is needed to confirm their pre-main sequence evolutionary stage and membership to star forming regions (SFRs), and to get reliable values of the quantities related to chromospheric activity and accretion.
Methods: We used the code ROTFIT and synthetic BT-Settl spectra for the determination of the atmospheric parameters (Teff and log g), veiling (r), radial (RV), and projected rotational velocity (vsini) from X-shooter spectra of 102 YSO candidates (95 of infrared Class II and seven Class III) in the Lupus SFR. The spectral subtraction of inactive templates, rotationally broadened to match the vsini of the targets, enabled us to measure the line fluxes for several diagnostics of both chromospheric activity and accretion, such as Hα, Hβ, Ca II, and Na I lines.
Results: We have shown that 13 candidates can be rejected as Lupus members based on their discrepant RV with respect to Lupus and/or the very low log g values. At least 11 of them are background giants, two of which turned out to be lithium-rich giants. Regarding the members, we found that all Class III sources have Hα fluxes that are compatible with a pure chromospheric activity, while objects with disks lie mostly above the boundary between chromospheres and accretion. Young stellar objects with transitional disks display both high and low Hα fluxes. We found that the line fluxes per unit surface are tightly correlated with the accretion luminosity (Lacc) derived from the Balmer continuum excess. This rules out that the relationships between Lacc and line luminosities found in previous works are simply due to calibration effects. We also found that the Ca II-IRT flux ratio, FCaII8542/FCaII8498, is always small, indicating an optically thick emission source. The latter can be identified with the accretion shock near the stellar photosphere. The Balmer decrement reaches instead, for several accretors, high values typical of optically thin emission, suggesting that the Balmer emission originates in different parts of the accretion funnels with a smaller optical depth. 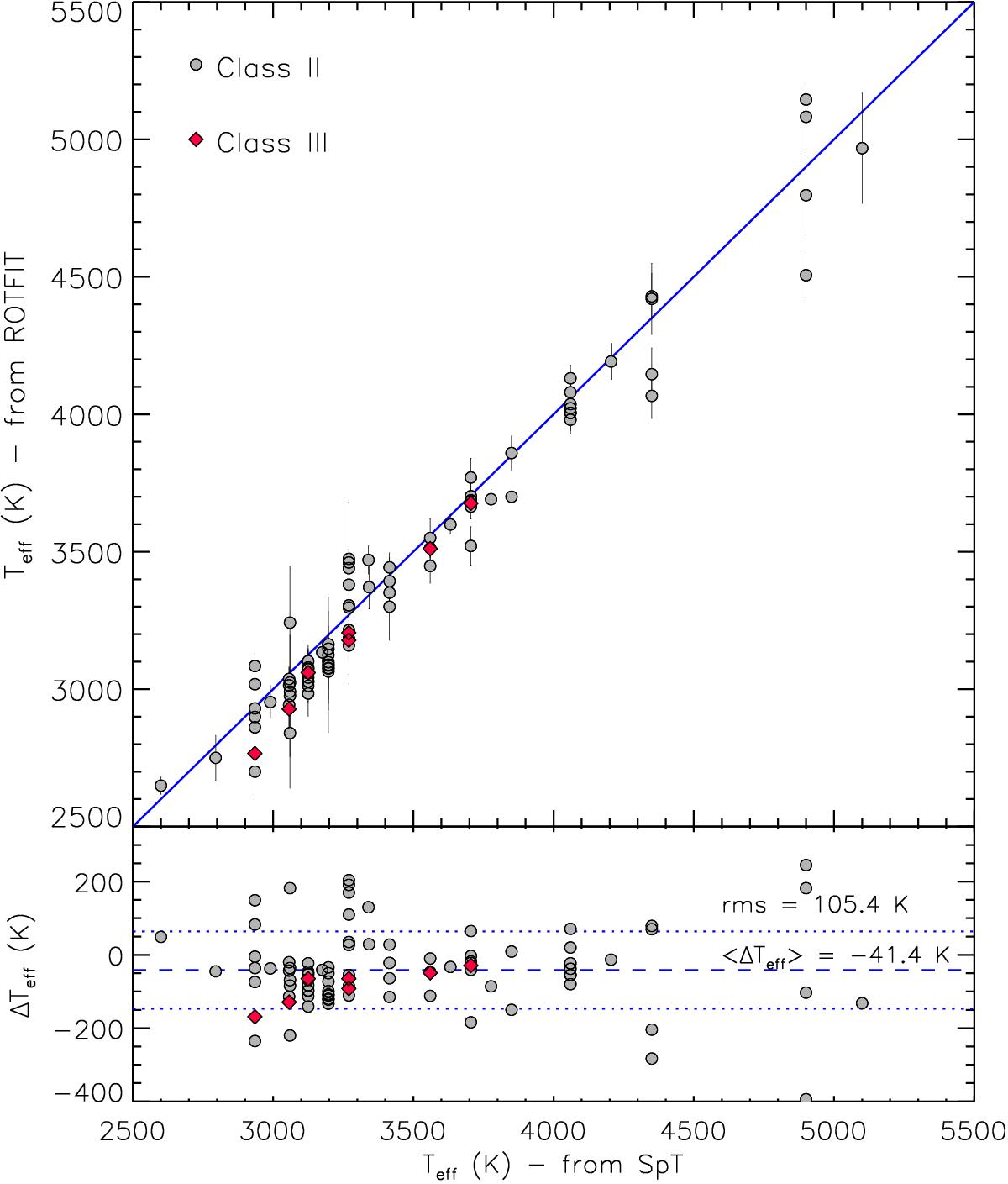