The Gaia-ESO Survey: Exploring the complex nature and origins of the Galactic bulge populations

Context. As observational evidence steadily accumulates, the nature of the Galactic bulge has proven to be rather complex: the structural, kinematic, and chemical analyses often lead to contradictory conclusions. The nature of the metal-rich bulge - and especially of the metal-poor bulge - and their relation with other Galactic components, still need to be firmly defined on the basis of statistically significant high-quality data samples.
Aims: We used the fourth internal data release of the Gaia-ESO survey to characterize the bulge metallicity distribution function (MDF), magnesium abundance, spatial distribution, and correlation of these properties with kinematics. Moreover, the homogeneous sampling of the different Galactic populations provided by the Gaia-ESO survey allowed us to perform a comparison between the bulge, thin disk, and thick disk sequences in the [Mg/Fe] vs. [Fe/H] plane in order to constrain the extent of their eventual chemical similarities.
Methods: We obtained spectroscopic data for 2500 red clump stars in 11 bulge fields, sampling the area -10° ≤ l ≤ + 8° and -10° ≤ b ≤ -4° from the fourth internal data release of the Gaia-ESO survey. A sample of 6300 disk stars was also selected for comparison. Spectrophotometric distances computed via isochrone fitting allowed us to define a sample of stars likely located in the bulge region.
Results: From a Gaussian mixture models (GMM) analysis, the bulge MDF is confirmed to be bimodal across the whole sampled area. The relative ratio between the two modes of the MDF changes as a function of b, with metal-poor stars dominating at high latitudes. The metal-rich stars exhibit bar-like kinematics and display a bimodality in their magnitude distribution, a feature which is tightly associated with the X-shape bulge. They overlap with the metal-rich end of the thin disk sequence in the [Mg/Fe] vs. [Fe/H] plane. On the other hand, metal-poor bulge stars have a more isotropic hot kinematics and do not participate in the X-shape bulge. Their Mg enhancement level and general shape in the [Mg/Fe] vs. [Fe/H] plane is comparable to that of the thick disk sequence. The position at which [Mg/Fe] starts to decrease with [Fe/H], called the "knee", is observed in the metal-poor bulge at [Fe/H] knee = -0.37 ± 0.09, being 0.06 dex higher than that of the thick disk. Although this difference is inside the error bars, it suggest a higher star formation rate (SFR) for the bulge than for the thick disk. We estimate an upper limit for this difference of ∆ [Fe/H] knee = 0.24 dex. Finally, we present a chemical evolution model that suitably fits the whole bulge sequence by assuming a fast (<1 Gyr) intense burst of stellar formation that takes place at early epochs.
Conclusions: We associate metal-rich stars with the bar boxy/peanut bulge formed as the product of secular evolution of the early thin disk. On the other hand, the metal-poor subpopulation might be the product of an early prompt dissipative collapse dominated by massive stars. Nevertheless, our results do not allow us to firmly rule out the possibility that these stars come from the secular evolution of the early thick disk. This is the first time that an analysis of the bulge MDF and α-abundances has been performed in a large area on the basis of a homogeneous, fully spectroscopic analysis of high-resolution, high S/N data.

Based on data products from observations made with ESO Telescopes at the La Silla Paranal Observatory under programme ID 188.B-3002. These data products have been processed by the Cambridge Astronomy Survey Unit (CASU) at the Institute of Astronomy, University of Cambridge, and by the FLAMES/UVES reduction team at INAF/Osservatorio Astrofisico di Arcetri. These data have been obtained from the Gaia-ESO Survey Data Archive, prepared and hosted by the Wide Field Astronomy Unit, Institute for Astronomy, University of Edinburgh, which is funded by the UK Science and Technology Facilities Council. 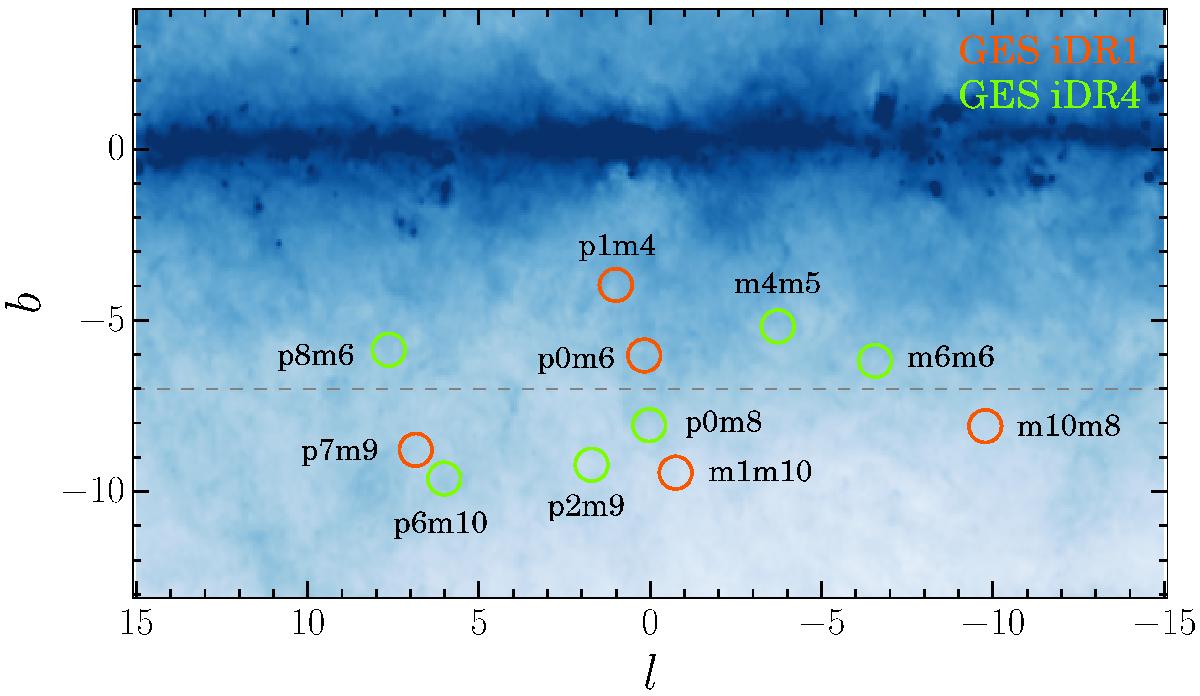