The kinematic signature of the Galactic warp in Gaia DR1. I. The Hipparcos subsample

Context. The mechanism responsible for the warp of our Galaxy, as well as its dynamical nature, continues to remain unknown. With the advent of high precision astrometry, new horizons have been opened for detecting the kinematics associated with the warp and for constraining possible warp formation scenarios for the Milky Way.
Aims: The aim of this contribution is to establish whether the first Gaia data release (DR1) shows significant evidence of the kinematic signature expected from a long-lived Galactic warp in the kinematics of distant OB stars. As the first paper in a series, we present our approach for analyzing the proper motions and apply it to the subsample of Hipparcos stars.
Methods: We select a sample of 989 distant spectroscopically-identified OB stars from the new reduction of Hipparcos, of which 758 are also in the first Gaia data release (DR1), covering distances from 0.5 to 3 kpc from the Sun. We develop a model of the spatial distribution and kinematics of the OB stars from which we produce the probability distribution functions of the proper motions, with and without the systematic motions expected from a long-lived warp. A likelihood analysis is used to compare the expectations of the models with the observed proper motions from both Hipparcos and Gaia DR1.
Results: We find that the proper motions of the nearby OB stars are consistent with the signature of a kinematic warp, while those of the more distant stars (parallax <1 mas) are not.
Conclusions: The kinematics of our sample of young OB stars suggests that systematic vertical motions in the disk cannot be explained by a simple model of a stable long-lived warp. The warp of the Milky Way may either be a transient feature, or additional phenomena are acting on the gaseous component of the Milky Way, causing systematic vertical motions that are masking the expected warp signal. A larger and deeper sample of stars with Gaia astrometry will be needed to constrain the dynamical nature of the Galactic warp. 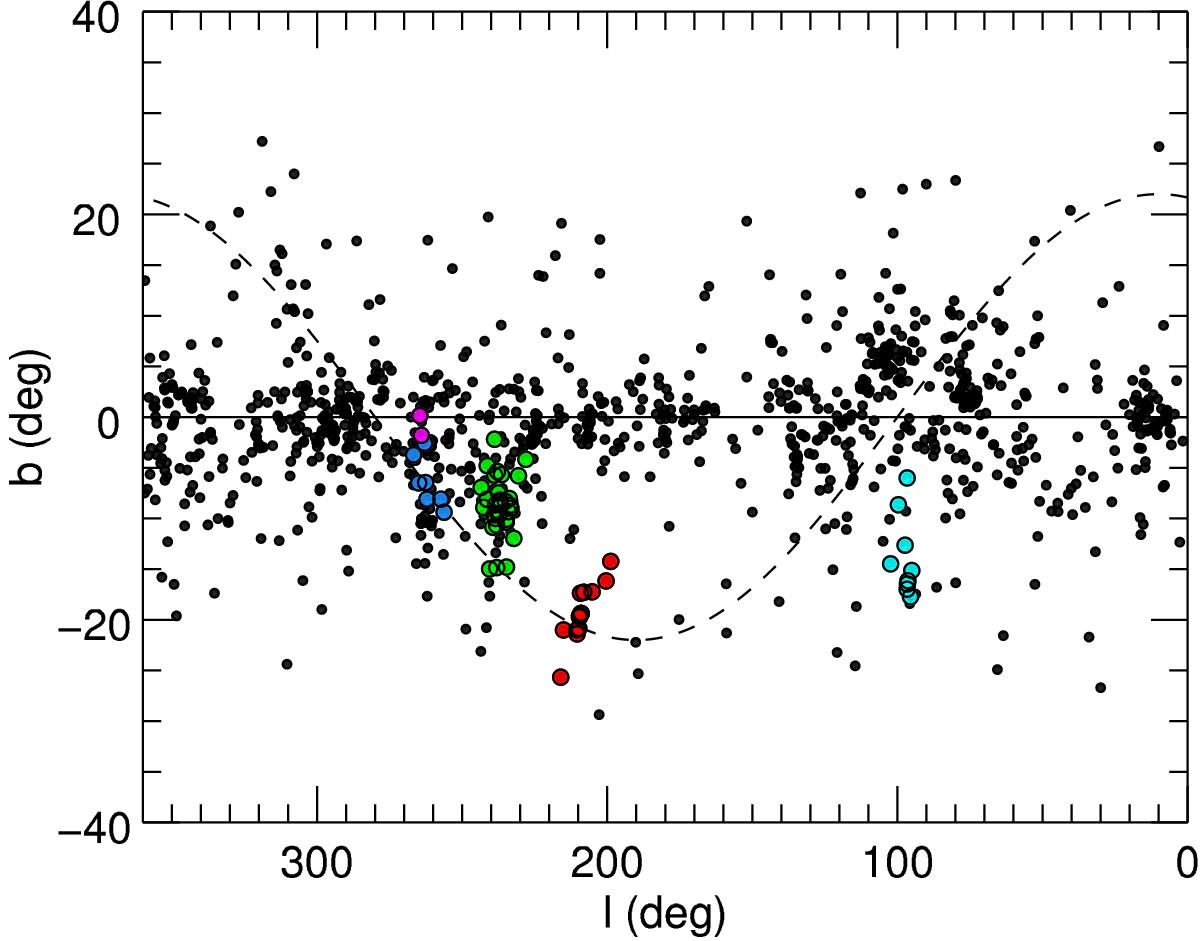